With the Summer Festivals being slowly ticked off the calender, the very best is saved for last, as BLOODSTOCK get’s underway to finish off the Summer in style! Overdrive takes a look at what else you can expect from the range of activities on site. 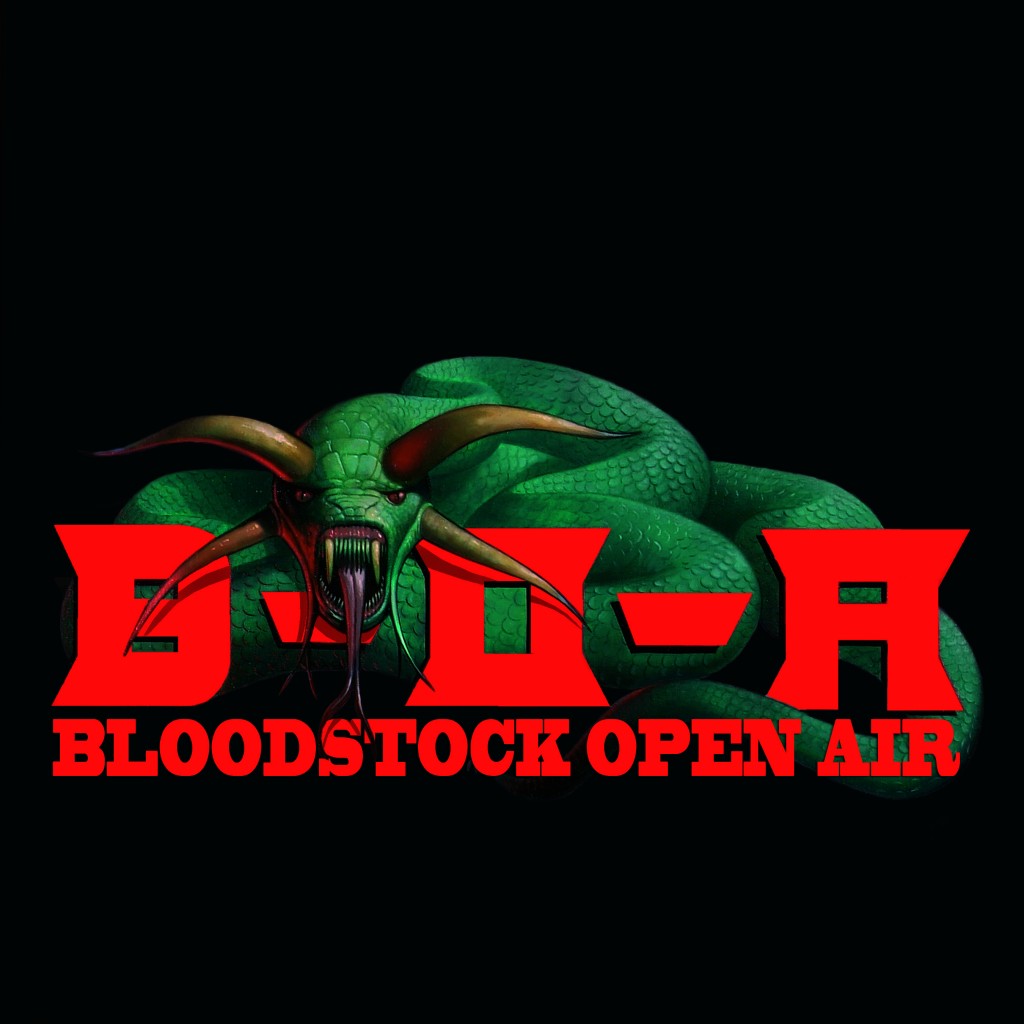 They say that the best things come to those who wait, and we have been waiting for what seems like forever for the mother of all of the Summer festivals to kick off. So without further ado, we can finally say that the 2014 Bloodstock Open Air Festival is now just under three weeks away and it’s time to get your tent’s aired out for a serious weekend of the finest Metal on offer!

This years Bloodstock has been causing all sorts of air punching and “Fuck Yea’s” in the Overdrive office. With the Ronnie James Dio stage headliners this year being, DOWN (Friday), EMPEROR (Saturday) and MEGADETH (Sunday), what possible reason could you have to not attend this shindig on August 7th through 10th?

As reported by Overdrive throughout the year, Bloodstock have pulled out all the stops for this years line up. Some of the many bands that you can expect to see over the weekend will be DIMMU BORGIR, CARCASS, AMON AMARTH, HATEBREED, TRIPTYKON, SAXON, CROBAR, GRAVEYARD, PRONG and many many more! 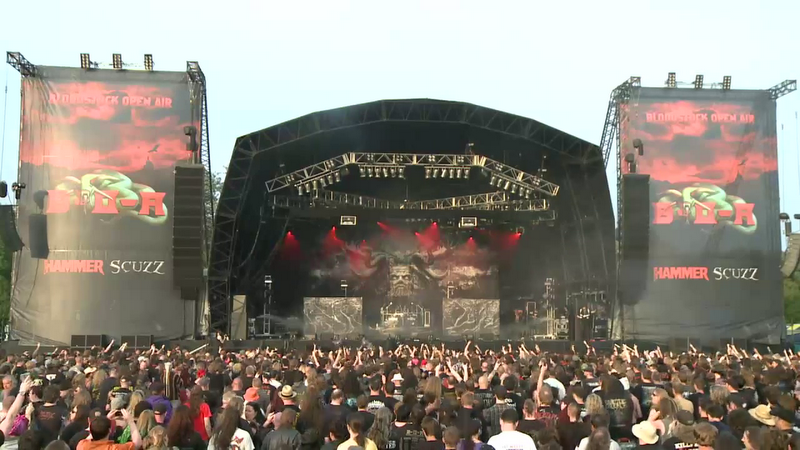 Included in the line up will be this years Bloodstock Metal 2 The Masses Irish winners PSYKOSIS, who have been locked away in a sweaty studio getting ready to tear the New Blood stage a new one on Sunday 10th.

This years festival will have more attractions on offer including an exhibition of  some original artwork from Bloodstock co-founder and insanely talented fantasy artist Paul Gregory. Paul has been painting for most of his life and his first ever commissioned painting was “Crusader” album cover artwork for SAXON. 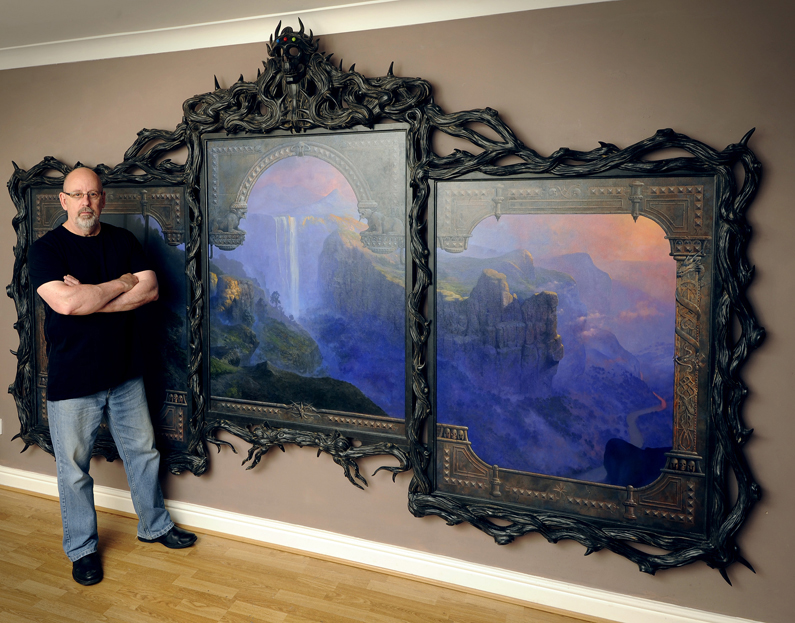 At this years Bloodstock you can check out some of Paul’s original festival artwork, going right back to the first indoor event in 2001, plus a wide range of Paul’s album art including the sleeve of SAXON’s latest release ‘Sacrifice’. Representing Paul’s Tolkien work, there will also be a large triptych inspired by The Silmarillion opus (from whence Marillion derived their name). 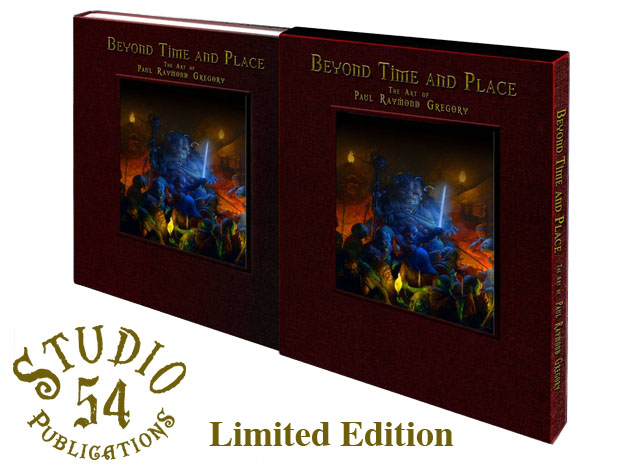 The painting will be mounted in a bespoke hand-carved frame created by master framer John Davis. Although John has framed much of Paul’s other work, the triptych features the first frame actually designed by Paul himself.

In addition, Paul will be signing copies of his book ‘Beyond Time And Place’, which showcases artwork from the breadth of his career. Check out the video below of Saxon’s Biff Byford’s thoughts on Paul’s artwork.

As well as the incredible line up for the weekend you can expect plenty of after hours entertainment beginning with the “Warm Up” party on Thursday night from 10.30pm until 3am where you can hear the best metal tracks from the house DJs, meet your fellow Bloodstockers and make new friends for the weekend.

On Friday, the Sophie Stage features Live Band Karaoke! Do you think you’re the next Dio or Doro? Get up on stage with the house band and show Bloodstock what you’ve got! They play the song and you belt out the words, which will be up on the screens if you need ‘em, just like real karaoke. Come to the Sophie stage during the day and check out what tracks you could sing from the list available, then be back to register your name and chosen song with the stage crew when the fun happens between 10.30 and midnight. The heavy metal continues through to 3am with BLOODSTOCK’s very own ‘house’ 4 DJs of the Apocalypse. 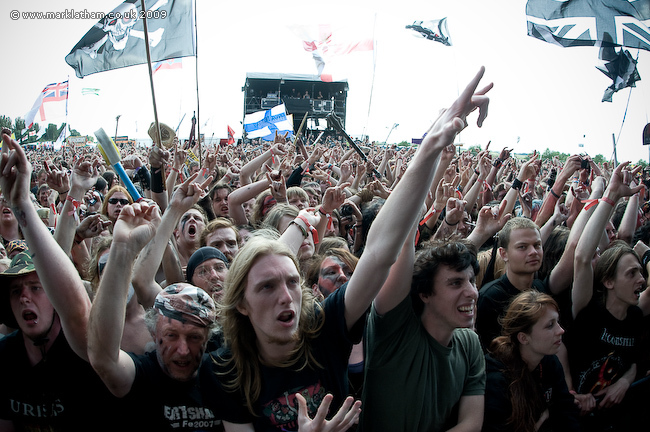 Saturday’s fun is BLOODSTOCK’s Got Talent! Have you got a musical skill that you want to show off to thousands of metal fans?! With a full band rig on stage, maybe you want to get up and show off drum skills like Gene Hoglan, bass licks like Cliff Burton or solo away like you’re Dave Mustaine! The crowd will get to vote by throwing their metal horns aloft in support (or will you get the Horn of Doom and have to leave the stage)?! Come by and win prizes from your BLOODSTOCK’s Got Talent team! When the fun is done, the 4DJs of the Apocalypse will take you through to 3am with metal classics, Hellfire performances, dancers and guest DJs.

Sunday sees the BLOODSTOCK Farewell Party running to 3am, so get those last drinks drunk with your new friends and vow to meet again next year to do it all over again!

For travel options to the festival, including coaches from all over the country with Big Green Coach, shuttles from local rail stations, and car-sharing with GoCarShare (which could even win you a pair of tickets for next year), click on this link.

BLOODSTOCK is held at Catton Park, Derbyshire on 7th-10th August 2014. Keep up to date with the very latest info on BLOODSTOCK’s official sites at www.facebook.com/bloodstock and www.bloodstock.uk.com. 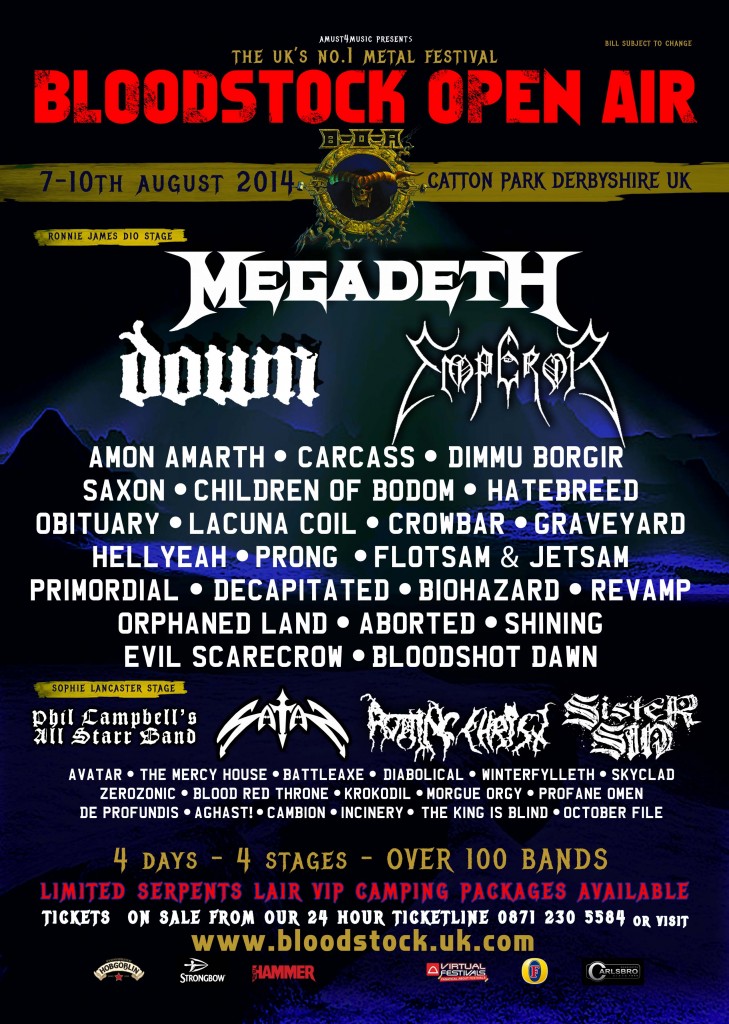