Bloodstock Open Air director/daughter to founding member Paul Gregory has had to step back from her position as festival booking agent amidst a series of controversial social media statements directed at the LGBTQ+ community.

Hungerford’s statement, which was first published on her official Twitter account, and re-posted across all her personal social media platforms, last week [Thursday, Oct 14th], immediately sparked outrage amongst the LGBTQ+ community.

Her Tweet took aim at people requesting the use of their chosen pro-nouns in emails, to which she wrote:

“If you’re gonna start putting pro nouns [sic] on your emails so I can refer to you as he/him or her, I’m binning your emails…”

The festival booker deleted her comments after a backlash on Twitter followed shortly with a statement saying:

“I would like to be clear that I fully support everyone in the LGBTQI+ community and am happy to learn more about how to be a better ally. I am genuinely upset that I have caused upset to these very people today, which was in no way my intention”.

She later followed up with a more focused apology, stating: “I fully support every in the LGBTQI+ community and am always happy to learn more about how to be a better ally; I am genuinely upset and have caused upset to these very people today…I only wish I could take back my ill thought out [sic] comment“.

Many have refused to accept the apology, pointing to previous posts, not least an Instagram post from 2018 where she posted the following statement: “gender-neutral bullshit”, stating, “If this post offends you, please note I DO NOT GIVE A FUCK #snowflakes”.

The backlash from the Heavy Music community swelled with the story trending on Twitter on Friday, leading to a statement from the Chief Executive of the S.O.P.H.I.E Foundation, and mother of Sophie, Dr. Sylvia Lancaster OBE who commented: “Having lost my daughter to hate and intolerance, I do not take Vicky’s comments lightly… We will be meeting with Bloodstock to talk about our future relationship.”

See the full statement below:

Those familiar with the festival will know of their long history with the foundation which includes a stage named after Sophie Lancaster aka ‘The Sophie Stage‘, resulting in more outrage from the music industry. 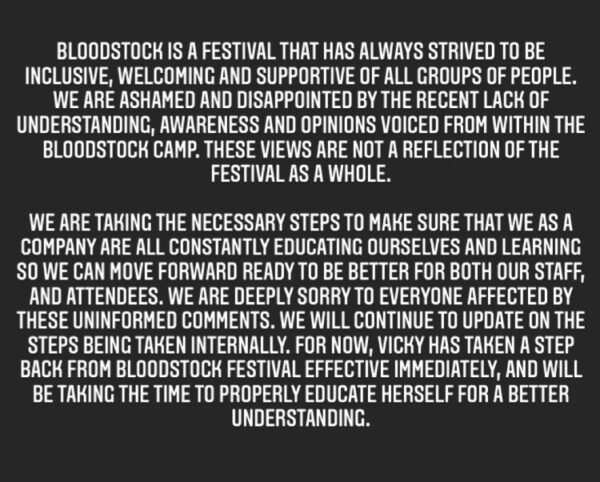 Bloodstock just celebrated its 20th anniversary and received a huge welcome back this past August despite the challenges for the festival organisers who had to deal with the fallout from the pandemic.

The festival has always been, by and large, regarded as a safe haven for all walks of life with international acts from all over the world gracing their stages year after year.

Overall, Hungerford’s statement [s] cut very deep and ultimately disappointed the Metal community from root to branch with continued online discourse between fans, media, and music industry professionals from around the world continuing to flood forums. 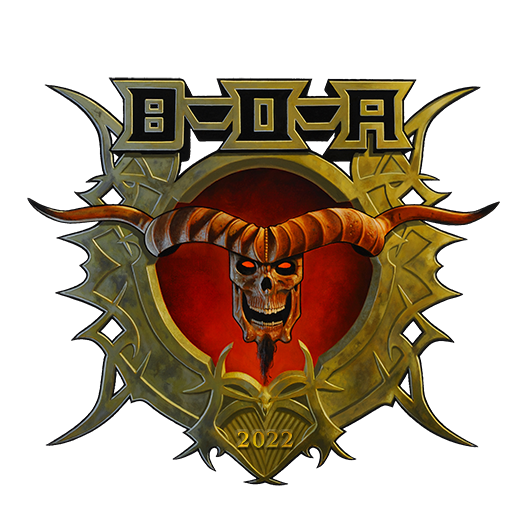