As we approach the end of the year, it can only mean one thing. Bloodstock Open Air 2020 is fast approaching and today, a new batch of awesome just got added to the line-up. Dive in and check it out…

BLOODSTOCK is delighted to share that New Delhi’s BLOODYWOOD will headline the Sophie Lancaster stage on Friday, in a UK festival exclusive.

Blending Indian folk instruments and heavy metal, this is sure to be a unique set you won’t want to miss! Check out their most recent single (closing on 1.4 million views), ‘Machi Bhasad (Expect A Riot)’ below;

Hailing from California, the Metal Blade signed group release their crushing new album ‘Death Atlas’ this Friday, November 29th! Not familiar? Listen to ‘Bring Back The Plague’ from the new LP below;

Birmingham death metal brutes MEMORIAM will be Saturday’s special guests on the Sophie Lancaster stage. The band’s third album, ‘Requiem For Mankind’ was released by Nuclear Blast in June. Watch the video for ‘The Veteran’, taken from that album;

Also joining the Sophie bill on Saturday, are Edinburgh-based prog experimentalists RAMAGE INC. With five albums under their belt now, they’ve plenty of songs to choose from! You can explore their latest record, ‘Under The Skin’, in its entirety over on their Bandcamp page at this location. 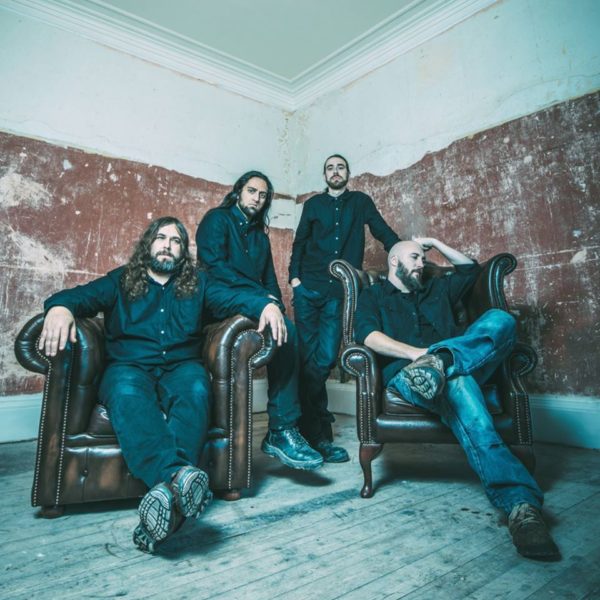 Have you discovered London’s psych-doom crew GREEN LUNG yet? Appearing on the Sophie stage on Sunday, Metal Hammer described them as, “a fantastic mix of stoner rock, hard rock, and psychedelic rock laden with harmonies,” with further praise heaped on them by Kerrang!, The Guardian, and BBC Radio 1 Rock Show host Daniel P. Carter. Play their latest album, ‘Woodland Rites’ as it’s fucking epic!

BLOODSTOCK is pleased to welcome back post-metal squad BOSSK, joining the Sophie stage line-up on Friday.

Following on from 2016’s well received ‘Audio Noir’ album, the band’s Facebook page was recently teasing new music is coming in 2020. Here’s hoping it’s out in time for BLOODSTOCK! Watch the full set of their 2017 performance below;

Filled with questions about BLOODSTOCK? Put them to festival directors ADAM GREGORY and VICKY HUNGERFORD in a Facebook Live Q&A tonight! Head over to BLOODSTOCK’s Facebook page here for a 7pm start! Can’t make it? Don’t worry, you’ll be able to replay it later on the page too. 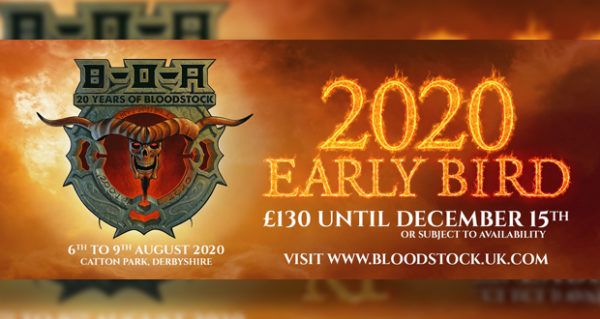 In other BLOODSTOCK fun, as 2020 marks 20 years of BLOODSTOCK, instead of ‘12 Days Of Christmas’ competitions, BLOODSTOCK is going to have 20! Be sure to check  Facebook at https://www.facebook.com/ bloodstock/ every morning from December 5th for details of each one-day-only competition, and be in with a chance to win all sorts of prizes from BLOODSTOCK bands past and present, festival sponsors, and of course BLOODSTOCK!

Discounted Early Bird tickets, VIP tickets, child tickets, and car parking tickets for 2020’s event are available now at the ticket store.  Be quick though, the early bird discount ends on December 15th (or sooner if the early bird allocation sells out) and weekend tickets then revert to the standard price of £145 (+ fees)! Campervan tickets for 2020 are already sold out. 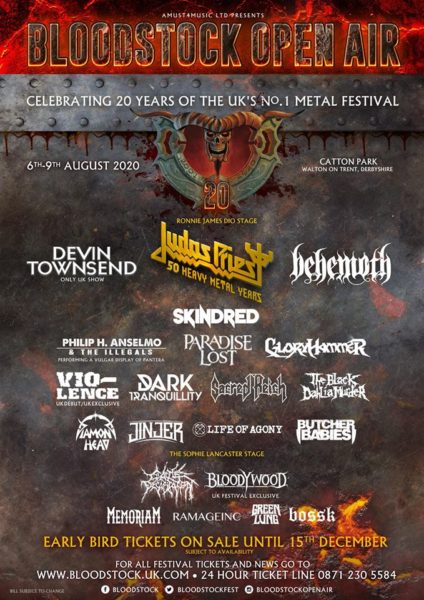