Bloodstock – The festival that just keep’s on giving!


2015 is shaping up to be one of the most epic Bloodstock Festival’s in it’s awesome history, with yet, more band announcements! The BOA team have pulled out all the stops and delivered far beyond all expectations this year, for a line up that has had all the Overdrive staff walking around with suspicious bulges in our speedos for weeks on end now! Check out who will be joining the likes of Trivium, Rob Zombie, Within Temptation, Mordred, Nuclear Assault, Sepultura, Overkill and more!

Hot on the heels of last week’s five band announcement, BLOODSTOCK is excited to reveal five more acts! With lots more still to reveal before August’s finest metal party can get started, there’s no slowing down at festival headquarters.

BLOODSTOCK are excited to welcome back thrash metal Brits LAWNMOWER DETH to the Sophie Lancaster Stage on Sunday. The band comment, “Motorbonce famously said, ‘if we move in next door, your lawn will die’. Quite what positioned our forefathers to even remotely claim knowledge of horticultural metal is well beyond us. Scott Ian famously said, ‘I am the law’. In fact, this simply proves that adult literacy levels within the metal genre are in line with that of the national average; quite shit, when he clearly cannot spell and meant LAWN. In a Nostradamus kind of way what these two legends of metal were pointing you to was… “Bloodstock 2015, when we move in you will die happy, we are Lawnmower and we is well excited. Let’s party like it’s 1988.”. If you caught the band at BLOODSTOCK in 2011, when they even had a six foot rabbit on stage during ‘Sumo Rabbit and His Inescapable Trap of Doom’ you’ll be well aware these guys are up for a good time. And if you didn’t, check out the video below:

Taking over the Sophie Stage on Friday, are raucous Brighton noisemakers OAF. Chief bellower Dom Lawson exclaims, “We, the mighty OAF, are honoured and delighted to have been invited back to our favourite festival. If you saw us in 2013, please don’t hold that against us. Do come along and observe our ongoing descent into senility. If you haven’t seen us before, we’re like a middle-aged Royal Blood for people that don’t wet the bed (and with added swearing). This will be a splendid occasion and we’re tumescent with joy at the very thought of it. Cheers!” The band are currently writing their third album, set to be recorded later this year, and would like you know that this will be drummer Jim’s first BLOODSTOCK since his hip replacement. 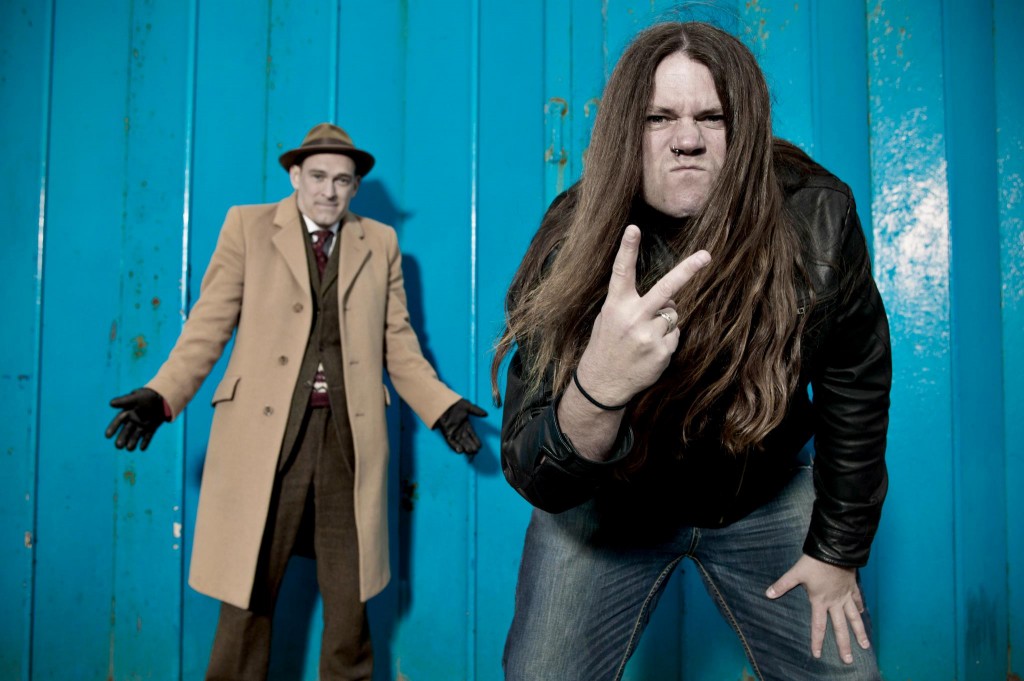 Liverpudlian black metallers ETHEREAL will join the fray on the Sophie Stage on Saturday. The band are currently doing a stint with Marduk and Belphegor, supporting their first full-length album ‘Opus Aethereum’, released last month by Candlelight Records. Mixed by the renowned Wieslawski brothers (who you might know from their work with Behemoth) at Hertz Studio, Poland, the record simultaneously pays homage to and progresses beyond the blueprint of black metal. Watch the performance-based video for new song ‘Unholy Ungodly’ below.

Sunday brings symphonic black metallers SAILLE all the way from Belgium to the Sophie Lancaster Stage. Expect to hear some new songs from their latest, third album ‘Eldritch’, released last November. Soak up the 7+ minutes of ‘Eater of Worlds’ via the lyric video here:

Bringing the mischief and mayhem on Friday to the Sophie Stage, are Dirty Sanchez lads PRITCHARD VS DAINTON. We’re sure there’ll be even more lunacy than their last visit. Not familiar? 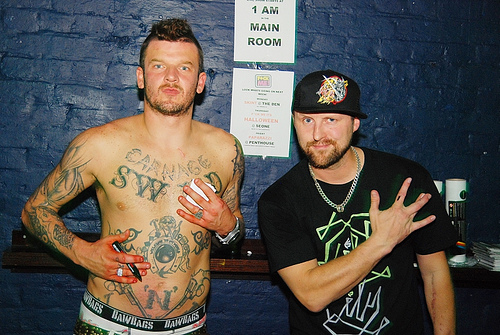 Not got your tickets yet for the UK’s premier heavy metal festival? Hop over to this link and grab ‘em now. There’s still time to sign up to BLOODSTOCK‘s very popular installment plan too, meaning you can split the price of your ticket into three manageable chunks. Just click the instalment option at the ticket link above.