Another five bands suit up and dig in to compete in Heat 3 of Bloodstock Metal 2 The Masses; to compete for the hallowed spot on the New Blood stage at the Bloodstock Open Air Festival in August, following in the footsteps of fellow Irish metallers Psykosis, Animator, and Ten Ton Slug. As we head back once more unto the fray, Shaun Martin sends word back from the battlefield. 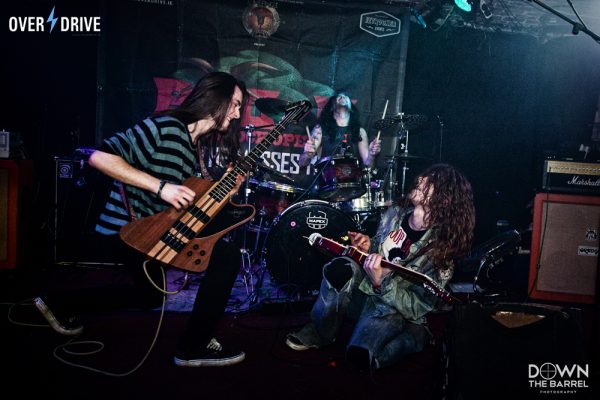 First up to pierce the hide of M2TM Heat 3 is black metal outfit Horrenda. The black metal infusions of bands like Emperor, Gorgoroth and Mayhem are the darkest of entries so far but do not fail to impress. The guitar riffs supplied by Darragh O’Conor are masterful, entwined with a brutal drum and bass section of Daniel Healy and Keith Smith respectively. 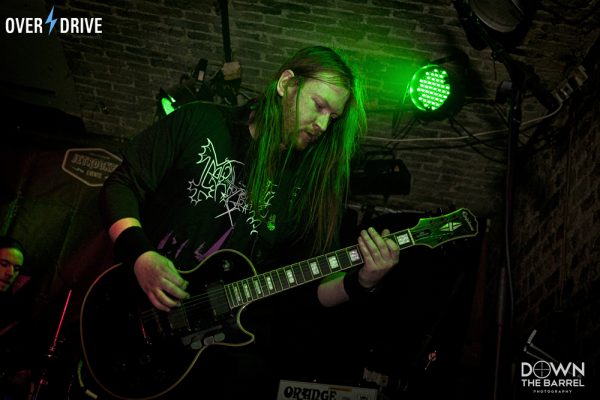 But the hero of the hour is mild-mannered Aaron O’Shaughnessy, aka ‘Nomad’. He is of slight build and has the appearance of someone who wouldn’t say ‘Boo!’ to a goose, but when he grabs the mic, he becomes feral; an evil aura envelops him as he carries out his duties in a manner that I have not witnessed in this competition thus far. 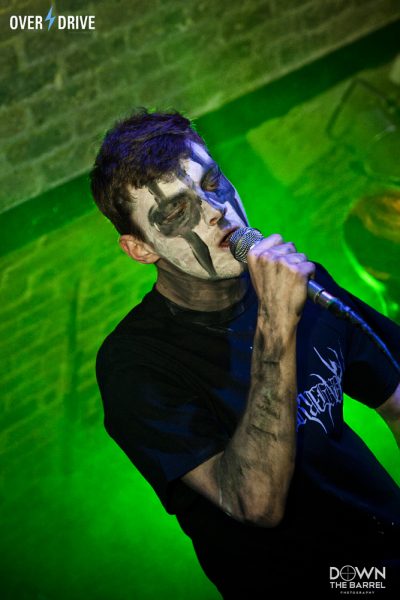 His voice scares the shit out of you. It’s as deep as a foghorn in the mist, and when he uses it, the floor rattles. Drumming cannot be easy alongside the furious guitaring of O’Connor, but Healy keeps the pace with a fury of his own making. Surprisingly, Horrenda were originally allocated the coveted 5th slot on tonight’s bill but requested slot number one. The 5th place slot was instead given to Jailbirds (who I’ll get to in a minute). The reason for this is unknown, but I feel that it sabotages their chances of winning the all-important crowd vote. Nevertheless, the on-stage competence and confidence of Horrenda is pretty obvious from the judge’s desk. They love what they do; I just wish that there were more people there to see it.

Up next is Tension Head from Ballina, Co. Mayo. Following in the footsteps of bands like Iron Maiden and Judas Priest, their NWOBHM flair oozes from their music. It is undoubtedly one of the best sounding bands of the last few weeks, and the old school heavy metal is just what the doctor ordered! Rhythm and lead guitarists Ismael Mougafi and Davy McDonnell have a partnership that reeks of hard work and effort; it’s not easy harmonising a shred solo at that pace. The drumming and bass sections are fully due to their kudos also, because of Sid Murphy (bass), and Declan MacNally (drums), are very tight indeed, and run a fine line for the rest of the band. 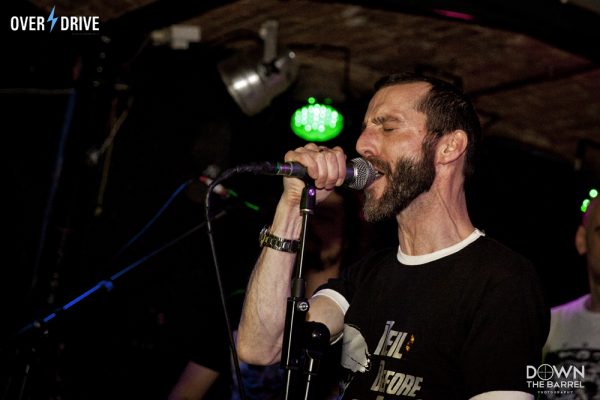 This is most apparent in their 2nd song ‘Do You Go Down’, where the fill and lead sections rely on the bass and drums for support – they pull it off masterfully! The vocals that are front and centre, however, fail slightly to deliver the punch that is so well-known in the NWOBHM world. This section is crucial in conveying the resistance and independence of these brand of songs from outside, mainstream influences; it is crucial in getting the fists in the air, the devil horns up, and the wailing with your mates over spilt pints and hearty laughs. I know just by looking at him that Neil O’Hora has it in his guts to deliver the goods, but plays it safe when approaching the high or prolonged notes of his lyrics (which by the way, fit perfectly for the genre of music they play). It needs more fire, and if this was achieved, they would be kings of the hill – many more eyes would be upon them without any doubt whatsoever. 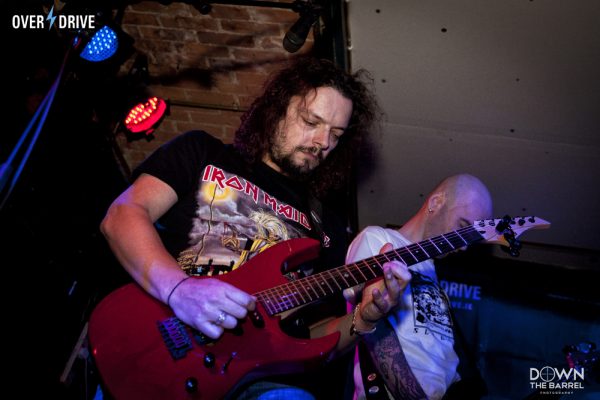 Battle-hardened from 2016 M2TM, California-esque Dublin rock n’ rollers Vendetta Love take the stage. Hitting hard and heavy, their 80’s grunge/hard rock infusion of Nirvana/Alice in Chains/Pearl Jam with dashes of Appetite-era Guns N’ Roses light Fibbers up, and create a bit of a ruckus in the crowd. The guitar licks are simple, but their delivery is spot-on, as frontman/guitarist Shawn Mullen channels his inner Slash to show how hard rock is well and truly still alive in Dublin, especially on their 3rd track ‘On and On’. 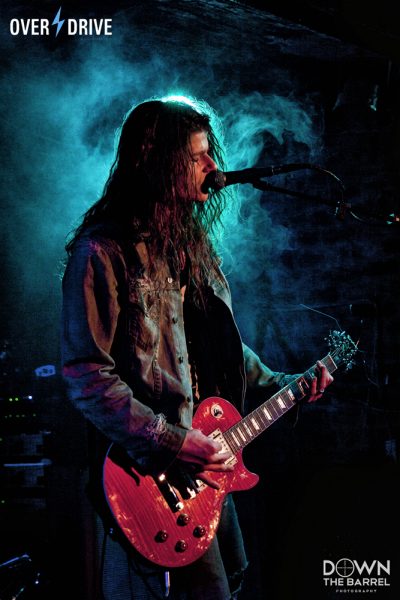 He blends into Cobain/Staley mode quite easily, and the influences are obvious in his personal modus operandi. As their setlist progresses, their confidence grows as they own their set, and indeed, the stage itself. Bassist (and band newbie) Aidan Gray gets in on the action as well, by reacting in perfect time to the frequent fluctuations of pace and tempo. Unfortunately, in the middle of a face-melting solo, Shawn’s guitar is accidentally unplugged, but he just plugs it back in and troops onwards like a warrior. That’s rock n’ roll – no excuses, no hold-ups, just get out there and do it. Their last song ‘Whats In the Blood’ is a serious ballbuster, as it begins quiet and melodic, then breaks into a gallop that takes the head off Fibbers. I said it before and I’ll say it again: the addition of another guitar in this band would make them unstoppable, but Vendetta Love are claiming scalps on their own terms like budding rock legends should.

Next on the chopping block are Just Me and The Devil. Old-school heavy metal meets a dash of Black Sabbath is a serious boot in the ass, and the crowd love the heavy thick sick guitar riffs from frontman George. Bassist Sean balances the frontman act with his animated style of playing, but the drums section is just awesome, supplied be Rom. The international (Brazil and Ireland), trio are the loudest band that has played tonight, and their heavy pace is consistent. 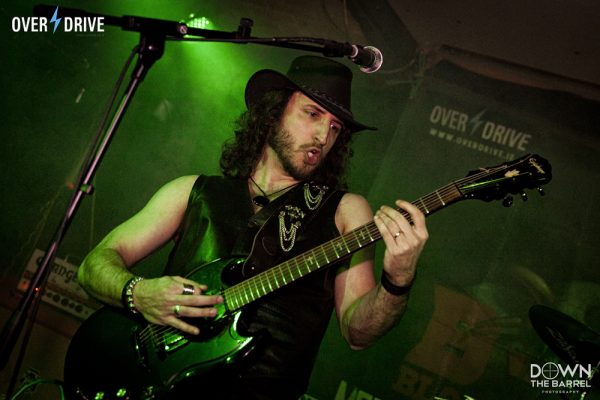 The band keeps the heads banging and the feet moving as they cruise through a savagely impressive setlist. Their catchy, riff laden assault piques the interest of a few locals from the main bar who come and see who’s making all the noise. 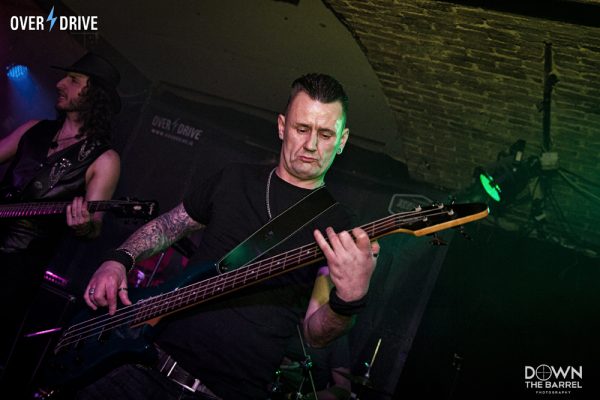 Just Me & the Devil is another band who just love what they do. M2TM is all about bringing music to the people and if the music is delivered with love of the craft, it filters to the audiences. This lesson is not lost here. The palm-muted flurries of old style 80’s Hard Rock, remind us that the roots are still alive and I love it! George shines as he embraces his role ad Sean is visibly excited, as the smile on his face would light up a runway. A testament to the love of metal. Just Me & the Devil make sure that they leave no soul untouched by their work tonight.

The final band bound onstage and Jailbirds have found themselves going on last tonight – a slot that was originally meant for Horrenda. The first tune has barely finished ringing out, when frontman/maniac Axel McDonald jumps off the stage and onto the judge’s table to hammer home that they are here for a good time. 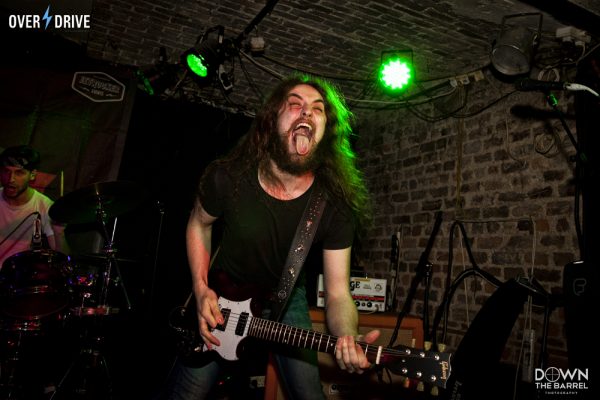 The epic sounds of Airbourne and grassroots-level AC/DC perforate Jailbirds’ setlist and the entire 4-piece shine as all hell breaks loose onstage (this isn’t surprising, as McDonald plays rhythm guitar in ‘Whole Lotta Voltage’ – an AC/DC tribute band). The energy from Jailbirds feeds into the audience in their rock n’ roll haze and this, in turn, spurs the band to hit harder and harder with every note they play. The good vibes are flowing and the music is as tight as any professional band or the circuit in this genre. 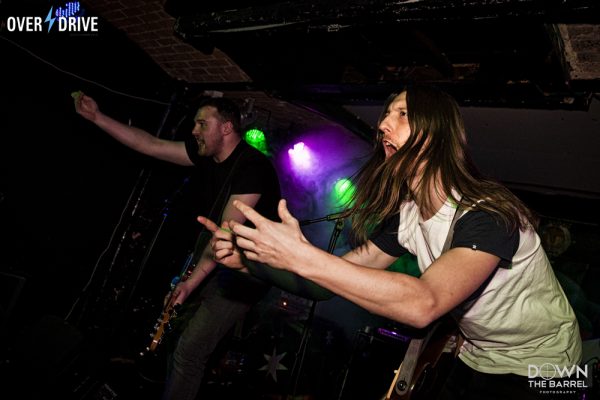 As with all bands tonight, the work ethic here is breathtaking. Word travels fast, that if you put the hard work into the gig, you will get the rewards (a quote I pinched from an interview I did with Ten Ton Slug backstage at BOA 2016). ‘Lucky Charm’ is a beautifully bluesy-rocking serenade, and heads bounce uncontrollably (from of the corner of my eye I see a hoedown taking place – that’s a first for M2TM!). The band’s new record ‘Break the Silence’ is available for download and I might just take a gander at this. Their 2nd-to last song ‘Cant Go Back’ disrupts the fluidity of the night’s action, as it is a bit more of a sleazy-sounding ballad (like ‘The Jack’), but not all M2TM songs have to be bone-crushingly heavy. 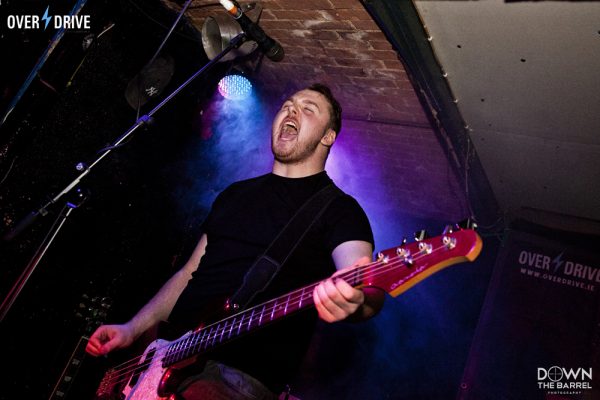 So once again, the judges have the horrible job of selecting a winner. Tension Head get the crowd vote by a landslide and the judge’s vote went to Jailbirds. Another hectic night at M2TM brings 2 more bands closer to the golden gates of hell at BOA 2017.

The next heat is Saturday, Feb 26th, with more bands and more music than you can shake a stick at. Entry is free, so to all those bands that are yet to play, get your peeps down here because they can send you the promised land if you bring the goods.

Check out the full photo gallery of Bloodstock Metal 2 The Masses  – Heat 3 18/02/17 below. All images courtesy of Down The Barrel Photography © 2017.

For more information on Bloodstock Metal 2 The Masses Heat 4, just click on the graphic link below.

Bloodstock 2017 is shaping up for another top quality year with a crushing line-up consisting of Amon Amarth and Megadeth as confirmed headliners as well as Blind Guardian, Annihilator, Testament, Hatebreed, Arch Enemy, Chelsea Grin, Skindred, Hell, Municipal Waste, Annihilator, Hatebreed and much more.

Tickets are on sale now for Bloodstock Open Air 2017 with VIP tickets already SOLD OUT. Pick up your ticket via the graphic link below.