With this year’s Bloodstock Metal 2 The Masses Irish campaign thrusting ahead into the nail-biting semi-finals, Overdrive can now reveal the all important line up’s for each event as well as our special guest bands and judges. 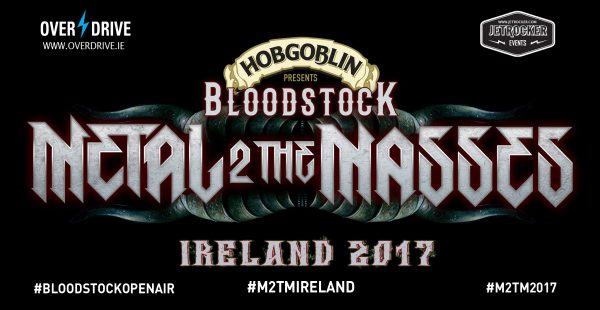 This year’s Irish Metal 2 The Masses has been a truly eye-opening experience as to the level of quality Irish metal that exists on our tiny little island. Starting out with 35 bands back in late January and with seven official heats now under our belts, all eyes are fixed on the fifteen bands that will be taking part in the semifinal heats that kick off from mid-April.

With a total of three semifinals beginning on Saturday, April 15th. Only two bands will be chosen by way of a crowd vote and majority judges vote. Overdrive and Jetrocker Events have arranged for guest judges to take part in each semifinal and have also organised three very special guest bands to lay waste to Fibber Magees and close the show.

Admission for each semifinal will be €5.00 and will include your official voting slip that must be handed into the judges on the night.

The first Bloodstock Ireland semi-final will be taking place on Saturday, April 15th and will feature the following bands: 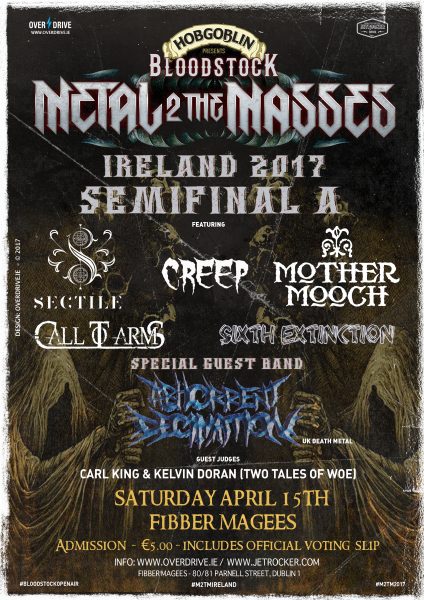 UK death metal five-piece ABHORRENT DECIMATION are confirmed as our special guest band and will be taking to the stage for the closing performance, which will no doubt be crushing! You have been warned. Admission €5.00 for all bands including your official Bloodstock Metal 2 The Masses voting slip. Doors 7 PM. 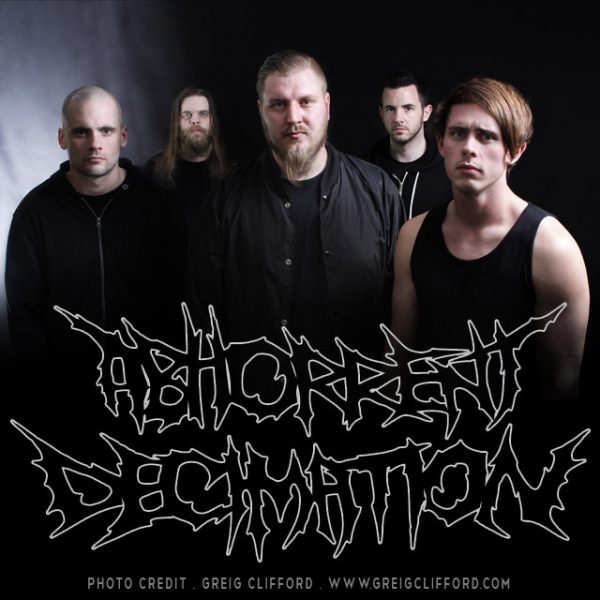 Happening on Saturday, April 22nd, Bloodstock Metal 2 The Masses Ireland will see another five bands give it 100% in the hope of securing a place in the final on May 13th. 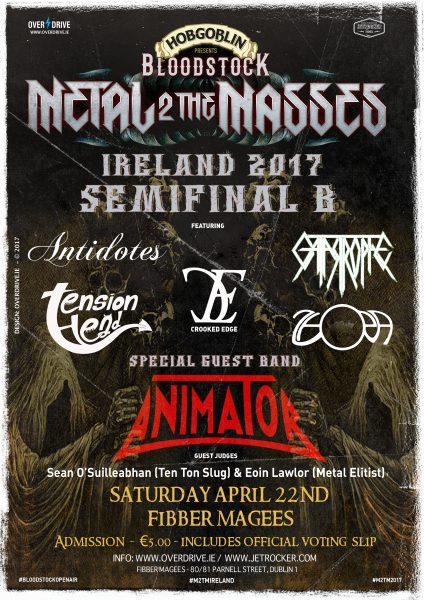 Having been locked up in the studio for the last 6 months or so, thrash bruisers and 2015 Metal 2 The Masses Ireland winners, AMIMATOR will be unleashing a plethora of new material for this very special performance. Not to be missed! Admission €5.00 for all bands including your official Bloodstock Metal 2 The Masses voting slip. Doors 7 PM.

The final semifinal for Bloodstock Metal 2 The Masses Ireland will be taking place on Saturday, April 29th, with the final five bands, of which two will be selected for the final on Saturday, May 13th. Taking to the stage in Fibber Magees will be:

Guest judges for this event will be Conor McGuran (ex-XERATH) and Darren Keogh (WARPATH). 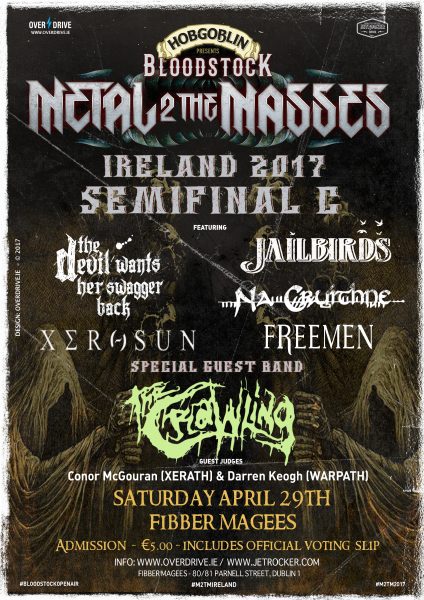 Having won last years Northen Irish leg of Metal 2 The Masses, Lisburn three piece, THE CRAWLING will be bringing the roof down with new material from their forthcoming ‘Anatomy of Loss‘, which is due for lease on April 7th. Admission €5.00 for all bands including your official Bloodstock Metal 2 The Masses voting slip. Doors 7 PM.

Bloodstock Open Air will be taking place between August 10th and 13th in Catton Hall, Derbyshire, UK. With a stellar line-up of bands that include Megadeth, Amon Amarth, Kreator, Testament, Skindred, Annihilator, King Parrot and much more to still be announced, the festival organisers have yet again, pushed the bar and promise to bring one of the most ‘metal’ line up’s the UK has ever seen.

Tickets are on sale now for Bloodstock Open Air and can be purchased from this link. 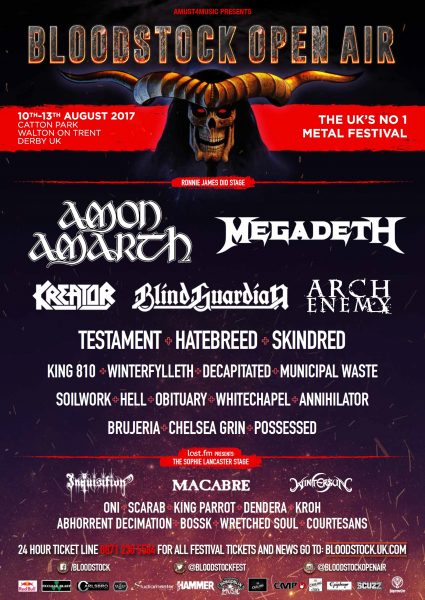