How do you like the idea of your band playing on the same bill as Rob Zombie, Trivium, Opeth, Within Temptation, Cannibal Corpse, Sepultura, Overkill, Enslaved and many many more? Well, you can make that a reality with Metal 2 The Masses Ireland. 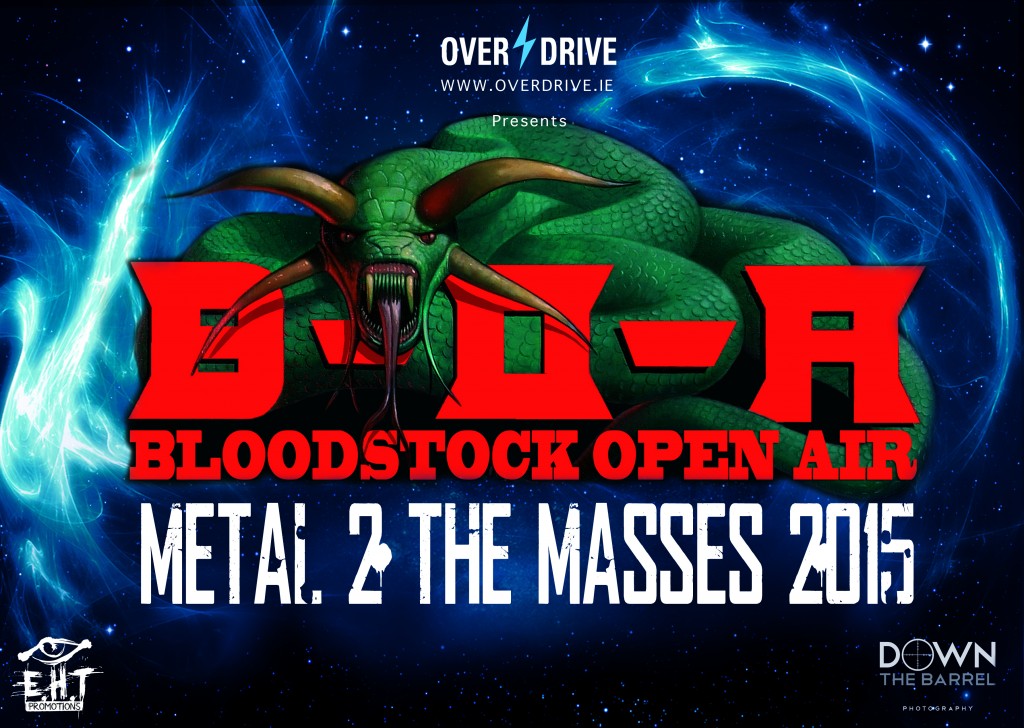 Following the success of last years Bloodstock Metal 2 The Masses in Ireland, Overdrive is pleased to announce that all 36 bands have been chosen and we are awaiting the first six bands to take to Fibber Magees stage this Saturday January 10th.

Last years winners PSYKOSIS have seen a multitude of great things happen for them since their crushing performance on the New Blood stage in front of a rabid audience of over two thousand metal heads! Check out our exclusive interview with PSYKOSIS on winning the Metal 2 The Masses Ireland and what’s happened for the band since in the next few days on Overdrive.

This years thirty six have all stepped up to the plate to offer their blood for what can only be a blistering series of gigs. This years Metal 2 The Masses will see a wide range of Metal that will appeal to all tastes from Speed, Thrash, Death, Doom, Folk and Battle to Gothic, MetalCore,  Power, Progressive, Sludge, Stoner, Alternative and Extreme.

The opportunity for each of the bands that are taking part in M2TM Ireland, is that of huge potential to gain a considerable amount of exposure via the official Bloodstock team in the UK as well as various media outlets in Ireland.

Overdrive and the Bloodstock Metal 2 The Masses team’s main object is to promote local bands and enable them with a platform to gain more exposure and ultimately help generate a level of respect and professionalism amongst promoters, press and media platforms in the Rock and Metal community.

In essence one band will win a slot from each region and play on the Bloodstock Newblood stage in front of an estimated 2000 metal hungry fans – thats a given!

The truth is over the years Metal 2 The Masses has showcased some incredible rising talent at Bloodstock, that have gone on to tour worldwide (Bloodshot Dawn, Evile), signed to major labels (Saturnian) and so many have simply used the event as a stepping stone to further their own ambitions.

Take the example of bands such as Evile who started off by gracing the Unsigned stage to go on to support Megadeth on a major UK tour, sign a major recording deal and return to grace the Bloodstock main stage in 2012. Evile are a shining example of the benefits of taking part in M2TM.

Even if bands don’t win their respective finals, the fact is the entire campaign builds a bands profile, fan base and expertise in performance. But for those who are chosen – Quite simply the opportunity to play Bloodstock in front of thousands and network with the industry is second to none.

Not only this, but should your band take part in Metal 2 The Masses Ireland 2015, there is also a chance of playing Metalcamp (Slovenia). 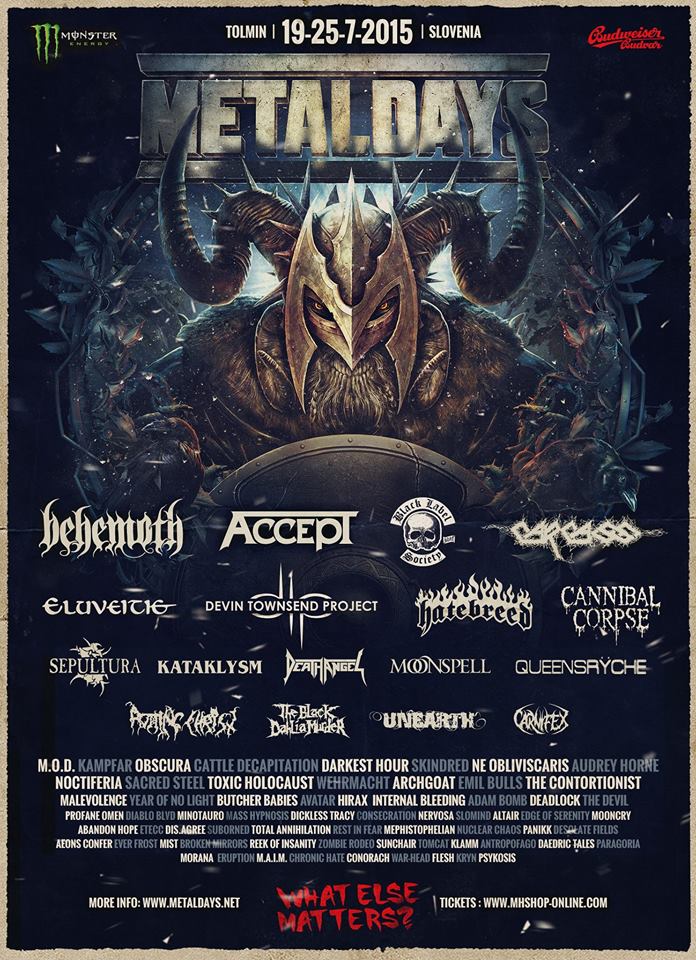 Psykosis have been added to this years Metal Day’s Festival.

In Metal terms these stand alongside Bloodstock as the major independent festivals and will again give the overall winning band a major in road to success in the bigger market.

The 36 entries for this years series of events are as follows:

For more information on the official Bloodstock Metal 2 The Masses, please hit this link. 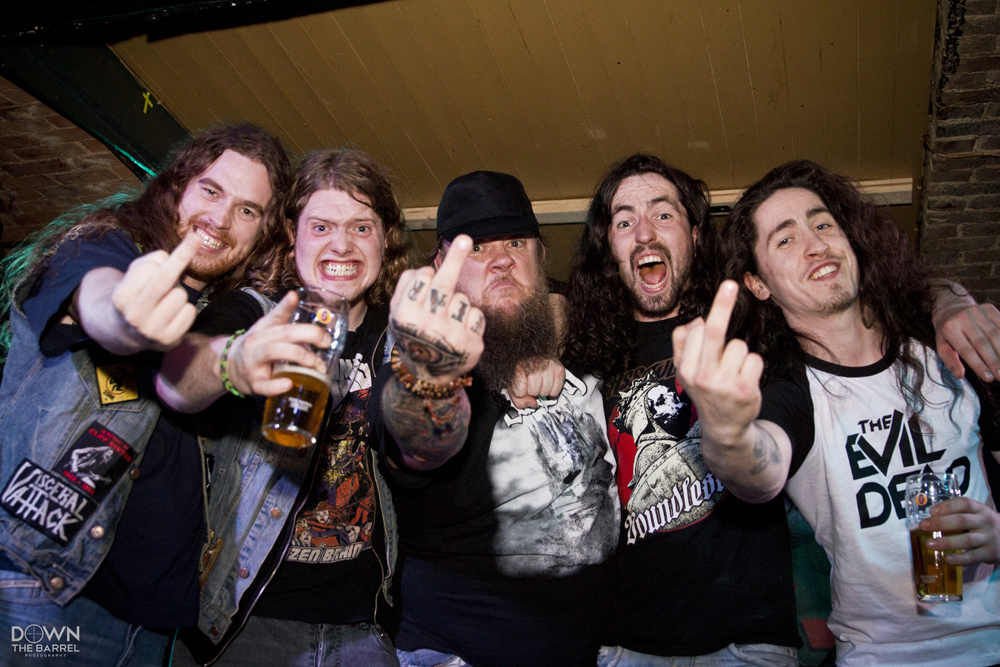 Tickets for this years Bloodstock are now on sale and can be purchased from this link. 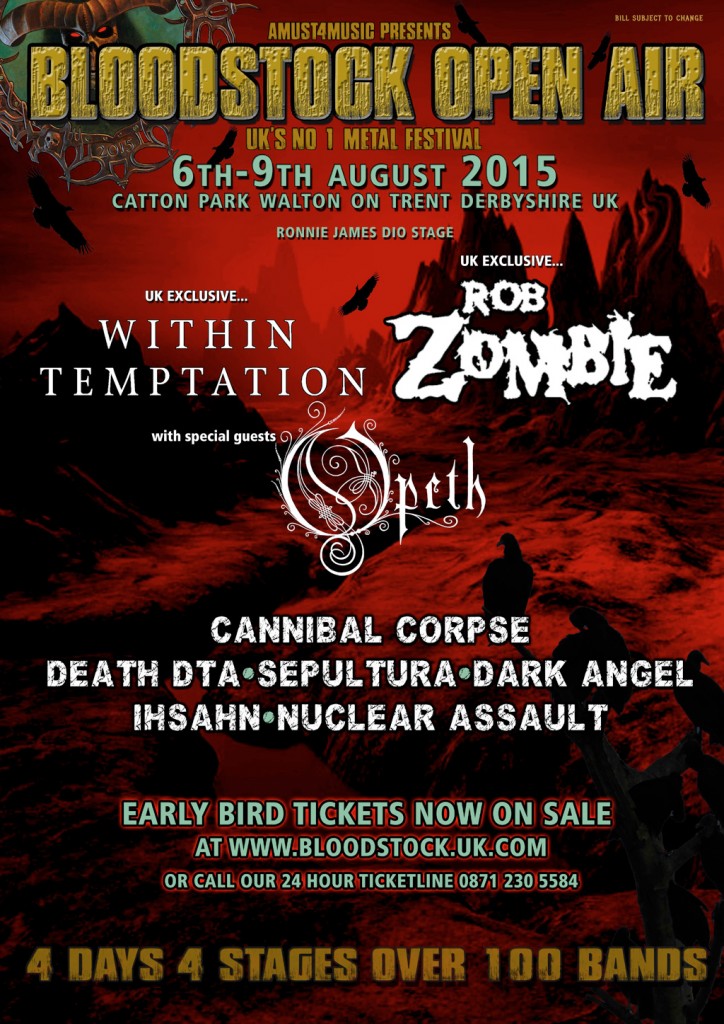