The most wonderful time of the year! No, we’re not talking about Christmas, we’re talking Bloodstock Open Air! The festival that is run by fans for the fans. With the traditional opening night of Bloodstock, the Sophie Lancaster tent is rammed to capacity and with thousands of rabid fans gearing up for what promises to be the best year to date! 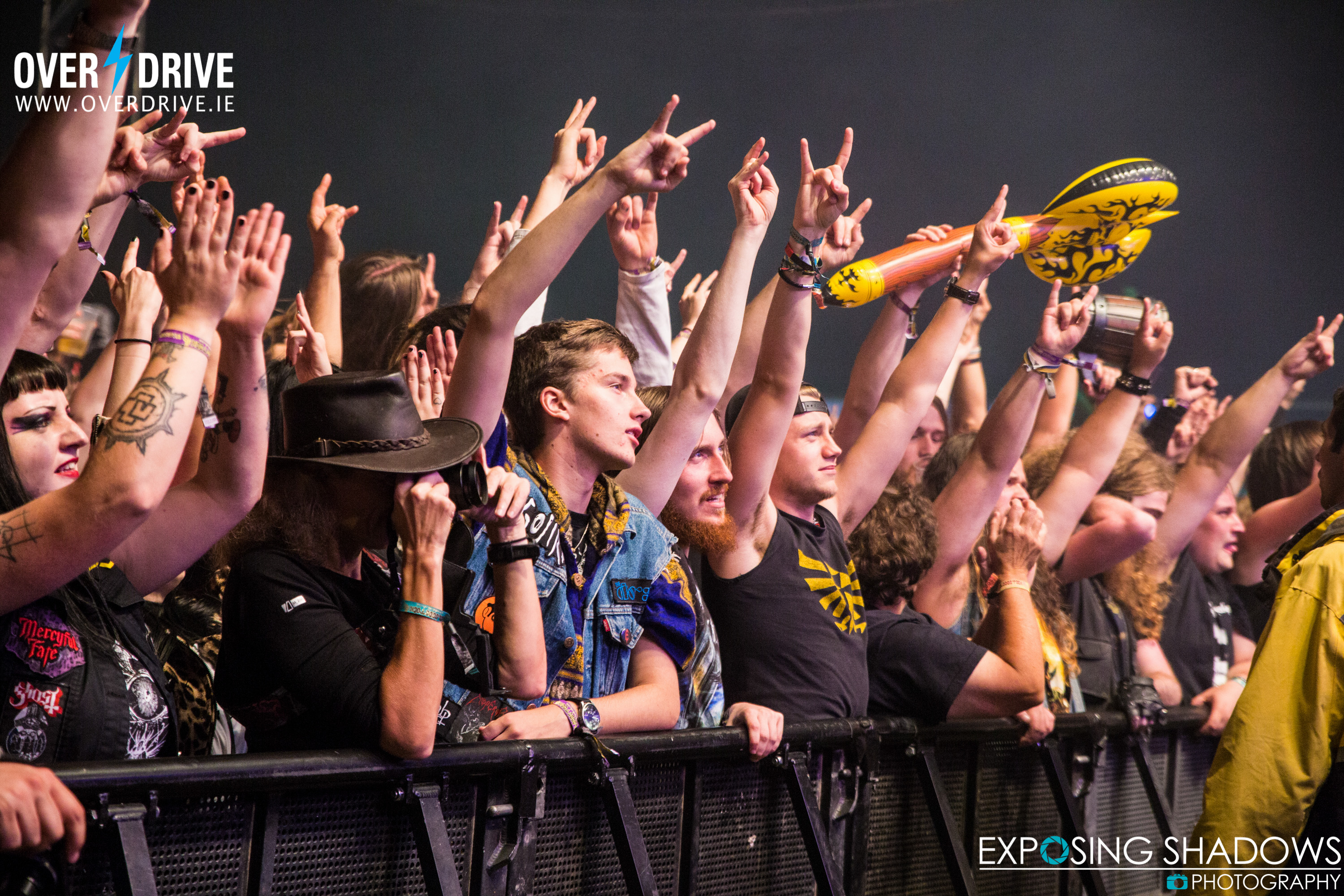 Ramage Inc.
This remarkable band only played the New Blood Stage the previous year and had the honour of opening Bloodstock Open Air 2017. Their slightly blissful sound bounced off the walls of the tent and filled the area with the air of a pulsing, summoning ritual. The mood was similarly enthralling to Devin Townsend Project’s uplifting hymn, which amplifies the celebratory feeling of coming home. Curious people, who have already squatted on the juicy green grounds of Derbyshire, are drifting in and out of the tent, Ramage Inc were not forcing a mood upon us, but invited to enjoy their liberal melodies with groaning properties over the resolving the tension of dissonant harmonies. A very clean and embracing start to the festival. 4/5 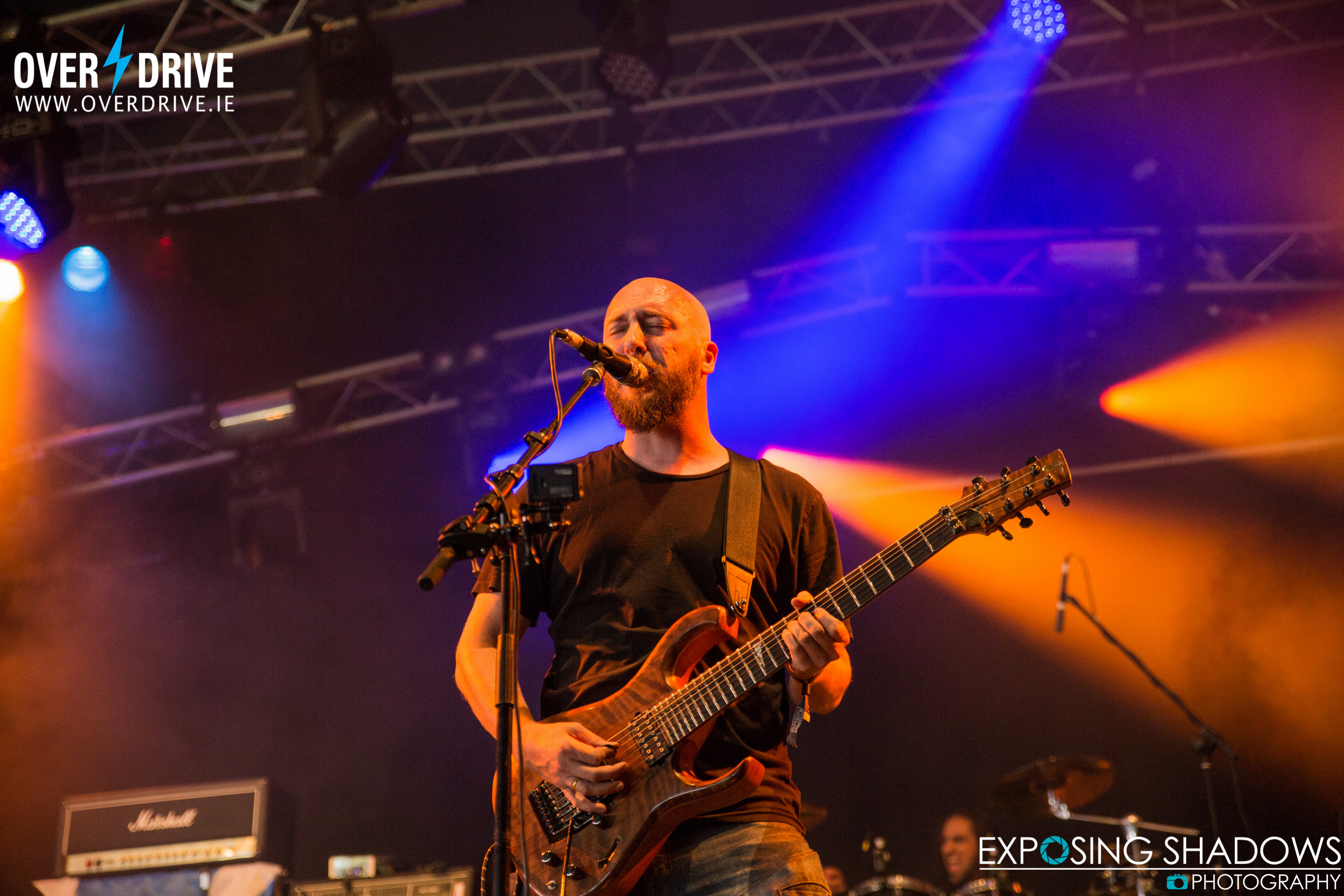 Gurt
A playback recording sounds. It turns out to be the famous epic melody of 2001 Space Odyssey but altered to be dissonant and crooked. Gurt takes the stage and after they strum their first chord it took a few moments for the listeners to settle into their music. Groovy, sludgy, mud, dirt, grit – Gurt. The band introduces one musical idea, then takes a u-turn, which makes it a bit difficult to follow. The front-man lifts the seriousness of a predator by dancing with pelvic thrusts to the beat. The fuzz of the guitars is reeking and his hips are moving to bluesy riffs. A solid performance, that needs a tighter grip. 3.5/5 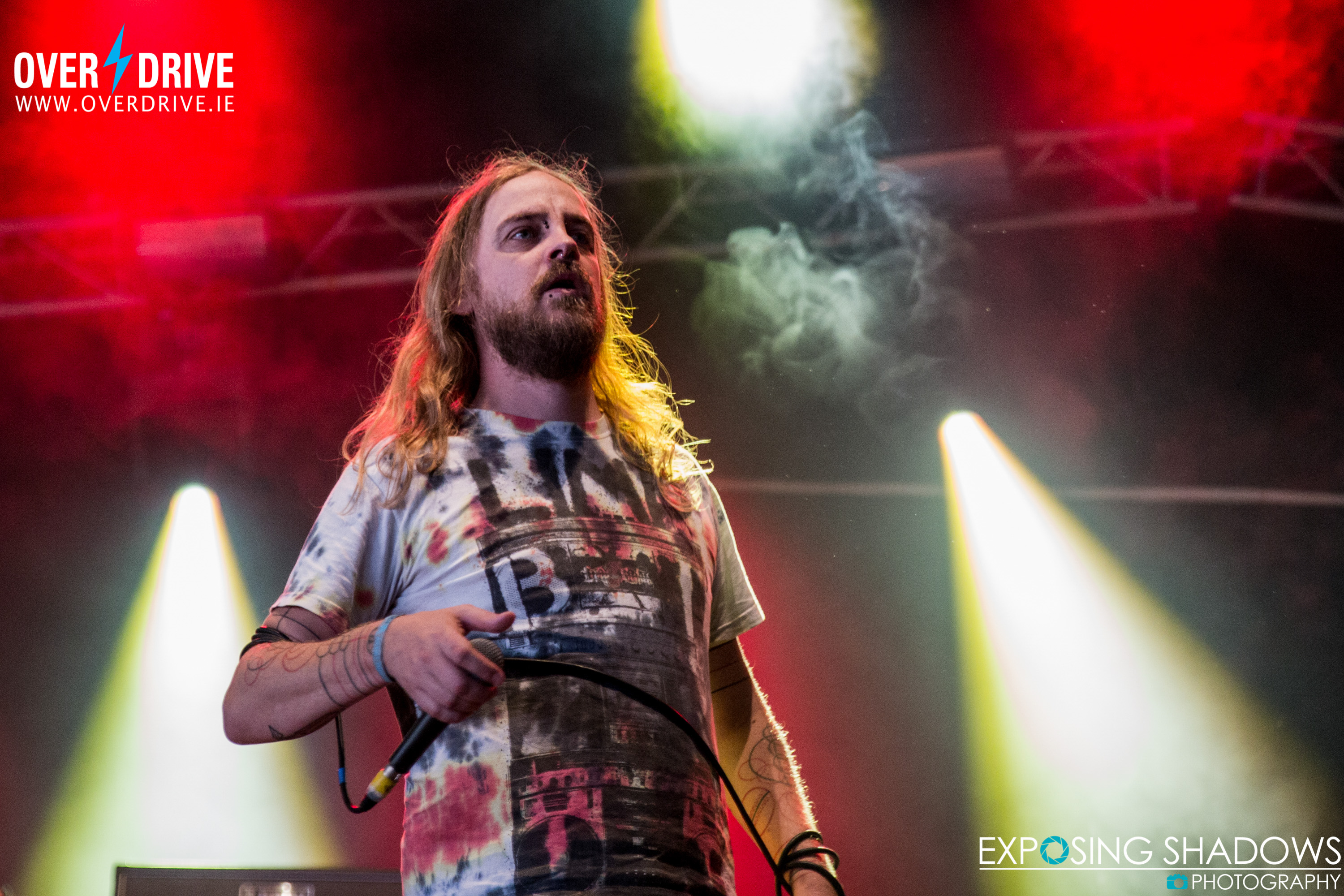 Hailing from Fens in the UK, the heaving Sophie tent is treated to a glorious cacophonous of brutal black/death metal from the sensational four-piece know as The Infernal Sea. Shrouded in ominous black robes, frontman Dan Lettice summons the riff-hungry crowd with a creepy “Bloodstock! Let’s see your horns” before unleashing all manner of filth and venom from the stage. Lettice’s vocals ring through the tent with glorious terror as his masked band mates punish the PA and it’s utterly fantastic. 3.5/5 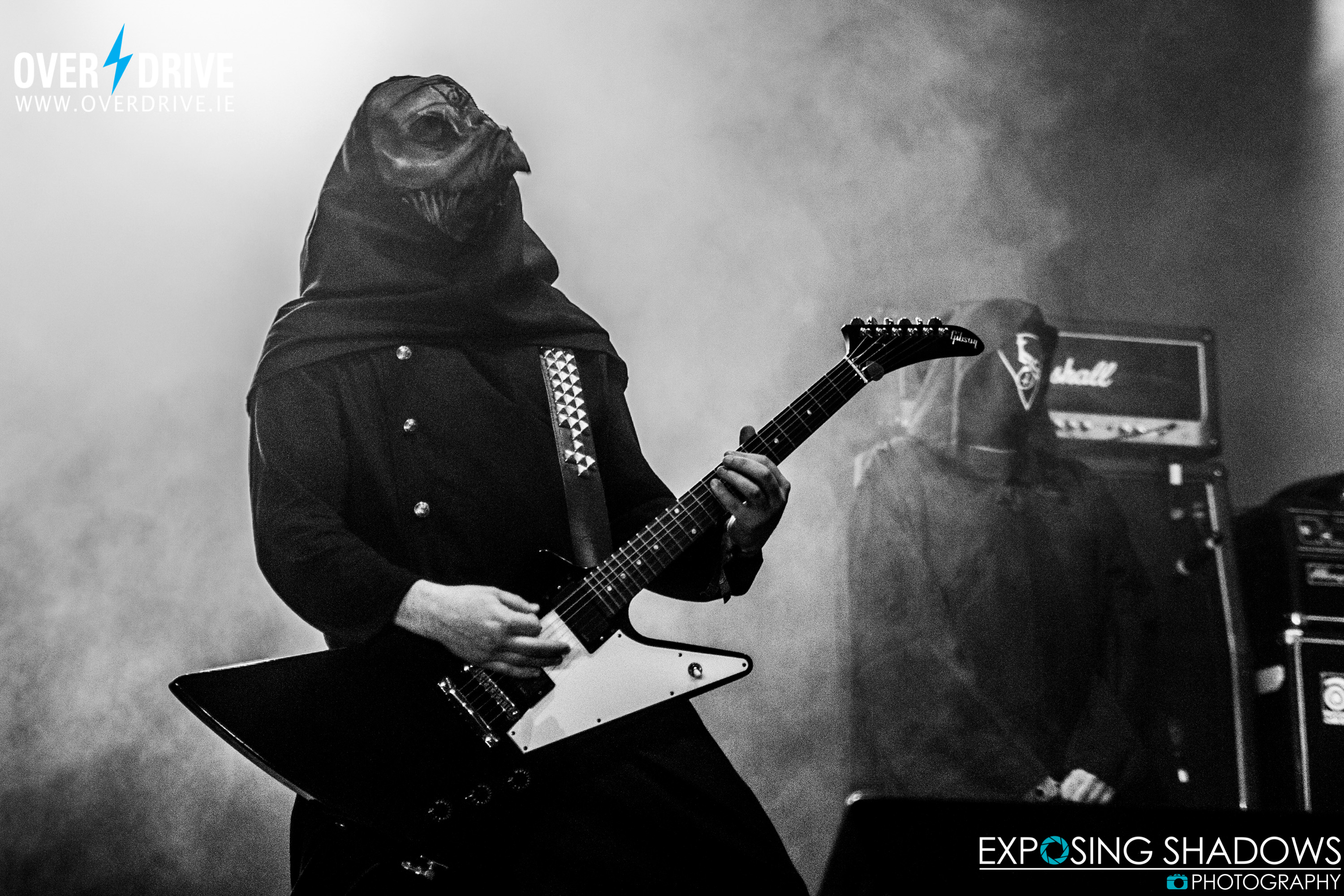 Wind Rose
Arguably one of the best frontmen of the night, Francesco Cavalieri commands the Bloodstock crowd with the confidence of a Roman army. Wind Rose’s presence here tonight is welcomed with open arms and many horns thrown from every part of the packed tent. Their blend of Italian folk/power metal is literally dripping with hooks that were built for audience participation and boy, are they getting it tonight. When your hear the likes of “Rebel and Free” it’s damn near impossible to refrain from losing your mind along with the many thousand revellers that are all either guzzling beer or giving their necks a workout. Bloodstock is renowned for hosting a diverse selection of bands, especially on the opening night and tonight they hit the nail on the head with Wind Rose. 4/5 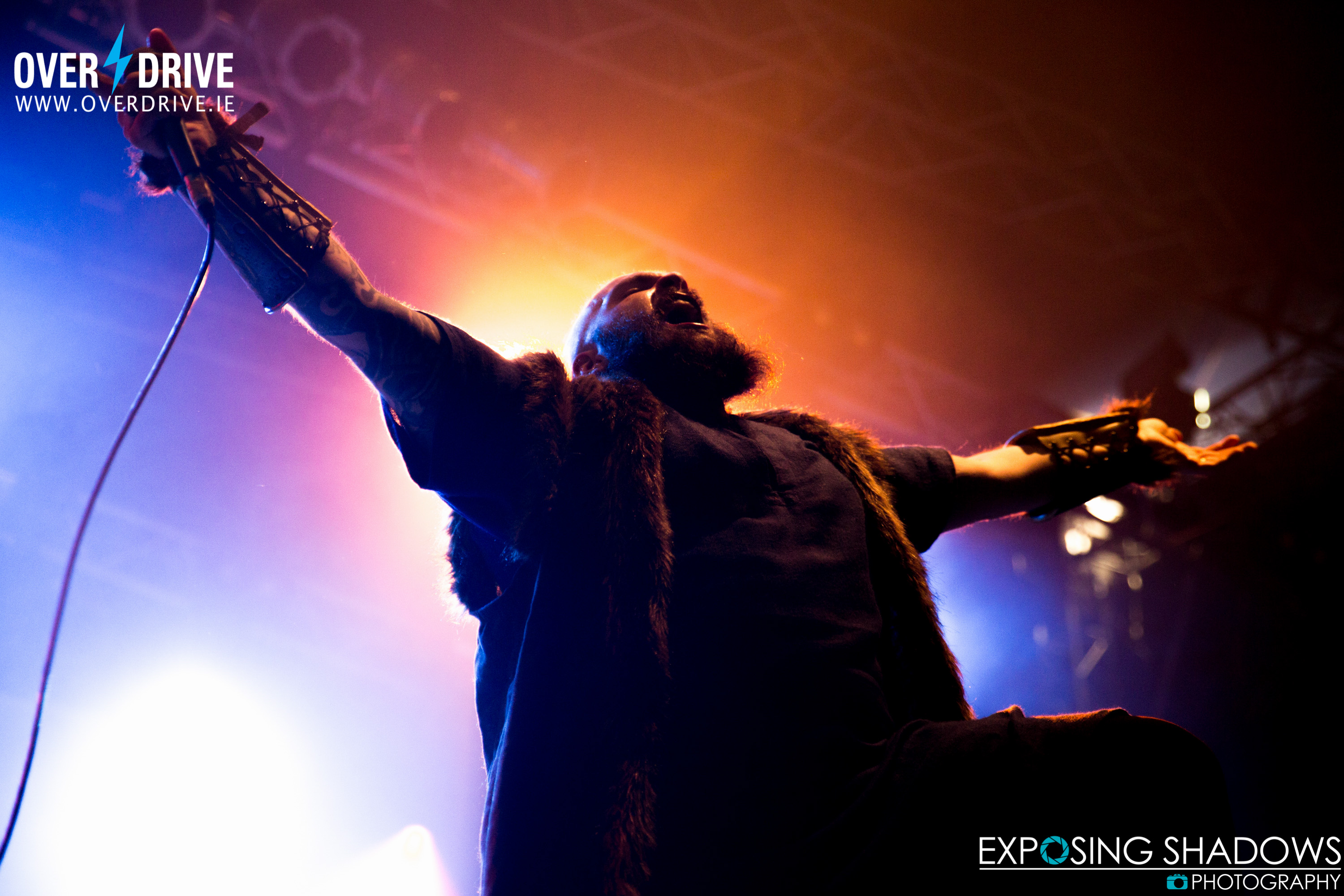 Battle Beast – Sophie Stage,
The heavy synth of this Finnish band and the energetic pulses makes Battle Beast sound like the soundtrack to an anime or fantasy action movie. Their music are heralding chants and prepare for the adventures to come by pumping up the energy. The projection of the band is strong and infectious, Battle Beast’s frontwoman Noorah Louhimo was impressing with her powerful vocals. Slightly manic at times, the crazy upbeat pulses moved your limbs, even if it was against your tough metalhead persona. This performance was highly entertaining – the key is, for once, not to take things/yourself/metal to seriously.

This kind of music in a live situation invites to escape reality for a stolen moment and conjures fantasies of swinging that two meter long sword on the top of a mountain, letting out a battle scream whilst lighting bolts are cracking across the sky and sometimes you just need to imagine you’re a hero about to tackle a quest. Besides the impressive lung volume of the singer, the band impresses with a crystal clear set of spotless technique. The spectacle on stage was lightened up with the shenanigans and pranks the members of the band pulled off on each other, for instance whipping butts with a wet t-shirt that was thrown on stage. A powerful last act of the first day of Bloodstock 2017. 5/5 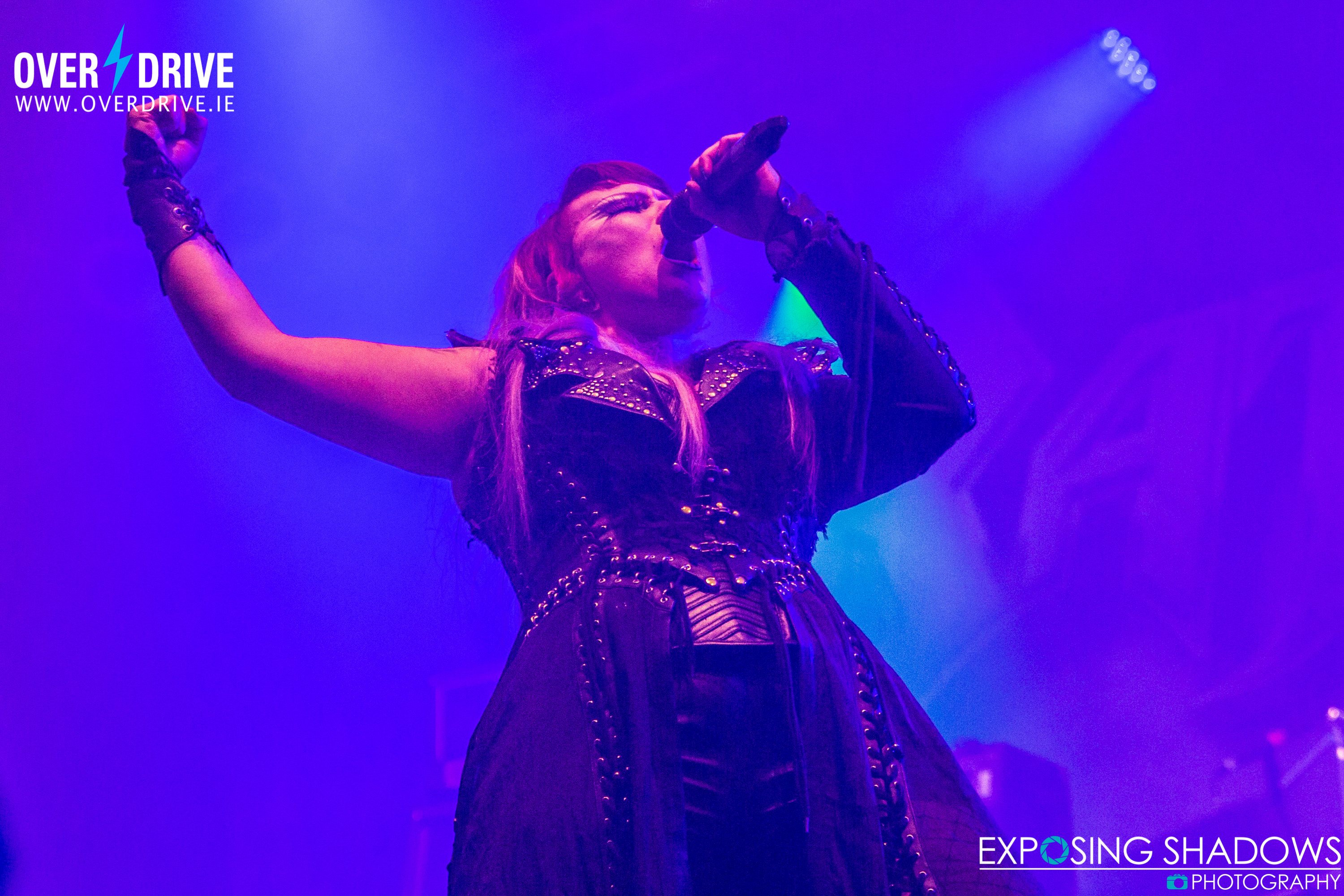