It’s the second weekend in August and the metallic hoardes have descended on Catton Hall nestled in the heart of the UK’s Midlands for this year’s Bloodstock Open Air Metal Festival. With tents being pitched and supplies transferred from the shuttles and car parks by any means necessary, the spirits in the vicinity are extremely jovial and already the sense of festival togetherness is palpable. Thursday evening on the Sophie Lancaster Stage is the opening night of the festival and there is a cracking vibe under the marquee as friends meet up, raise glasses in salute and prepare for the first night of frivolity. 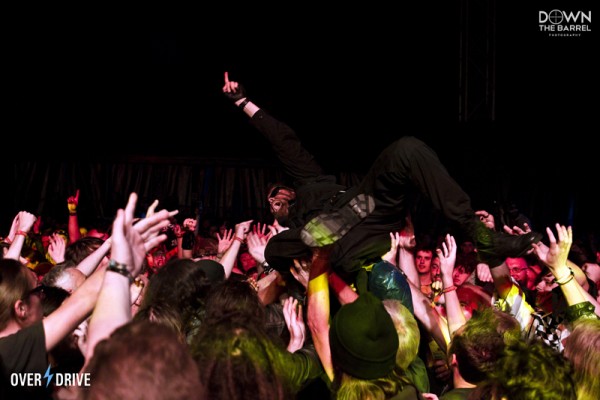 Opening the festival are UK thrashmeisters, Reign Of Fury who, hot on the heels of an extremely successful pledge campaign for Death Be Thy Shepherd, rip onto the stage and kick the evening off in style with a foray of old school thrash. ‘The Love of a Dying God’ is but one of the tracks that proves that Bison and the boys are flying the UK Thrash flag high and proving that there is still life in the oft sterile genre. A blistering assault to open the festival and the rammed marquee agree. 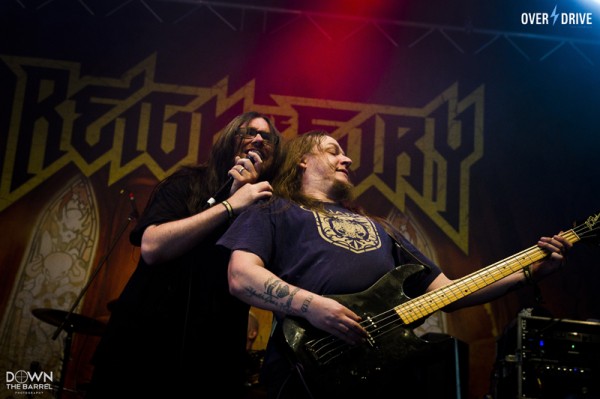 Metaprism have returned to Bloodstock this year and have moved up from New Blood to Sophie. Being called back is a testament to their talent and they are one of the hottest new bands on the UK scene at the moment. Last week they tore Wacken apart and tonight it is time for the ‘Stock to be flattened. Dual vocalists Jut and Theresa stalk the front of the stage. Their rough and clean vocals trade off each other as well as the guitar technicality of Callum and Ollie does. Latest single ‘Reload’, is a highlight and the airing of new tracks bodes well for their upcoming album. On tonight’s evidence, Metaprism will be moving up the bills during the 2016 festival season. During the set Jut implores people to attend the Metal 2 The Masses shows because without them, metaprism wouldn’t be where they are now. 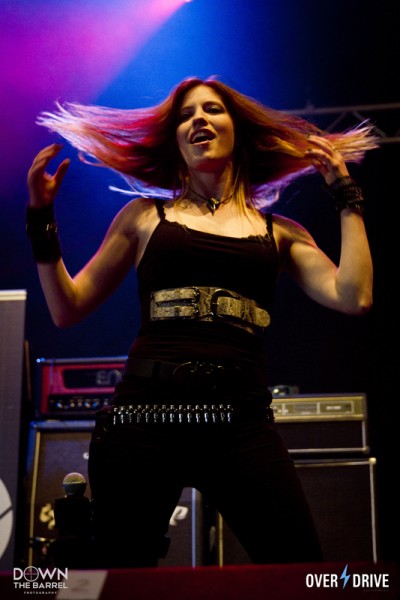 Newport death metal stalwarts, Desecration arrive on stage next and absolutely violate those assembled. This vicious trio are slick and tight and aurally pound the living fuck out of every inch of the Sophie stage. Their deathgrind delights the fans of the heavier end of metal this evening and leaves others standing back and taking in the brutality all the while clutching a beer for sanctuary.

In utter contrast to the first three acts, Red Rum take the party atmosphere up about 217 notches. They plant their Jolly Roger firmly on the top of the marquee as their Pirate metal crashes over the ocean of punters. It’s a pleasant and refreshing set filled with joyful abandon and their barnstorming version of ‘They’re Taking The Hobbits To Isengard'(dedicated to Christopher Lee) sets the benchmark for the weekend ahead. It’s still in my head as I write this.. damn you Red Rum.. Damn you. Biggest crowd and performance of the evening. 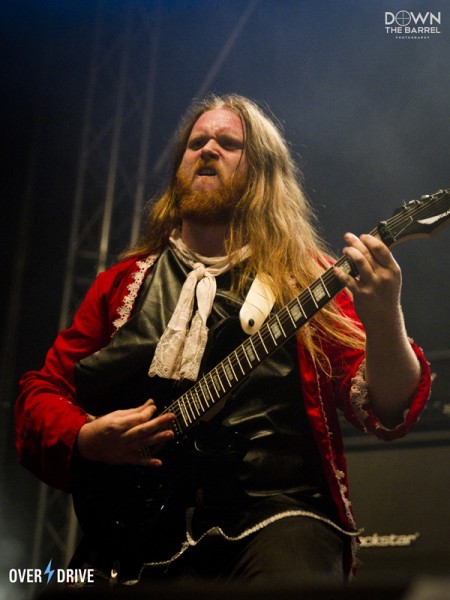 Take heavy metal, add inspiration from the works of Arnold Schwarzenegger and you get the blueprint for Arnocorps. The self proclaimed “Greatest Band In The World” take no prisoners and in their set they carry us from the jungle of Predator right through the futuristic world of Running Man fueled with their punk laced metal sensibilities. Look, it’s so over the top, so in your face, so ridiculous that you have two choices; you can stand back and sneer or you can embrace the madness and get to the chopper. Crowdsurfing and stage invasions, cigars and camouflage, the show has everything. The reception from the audience proves that more are here to embrace before their termination and one thing is for sure.. They’ll be back. (sic) 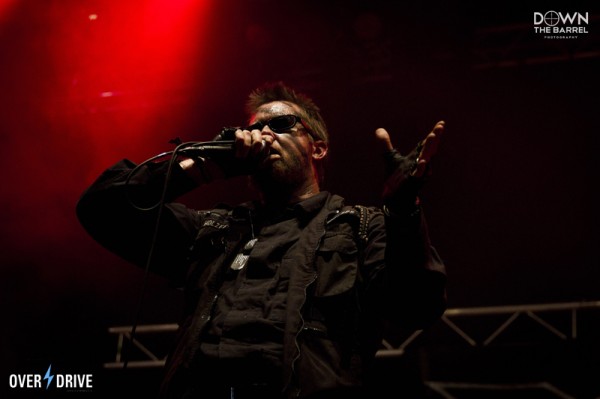 All in all, the opening night at Bloodstock has been more than a warm, it has been a celebration of what makes metal the best style of music on planet Earth. We’re ready for more… 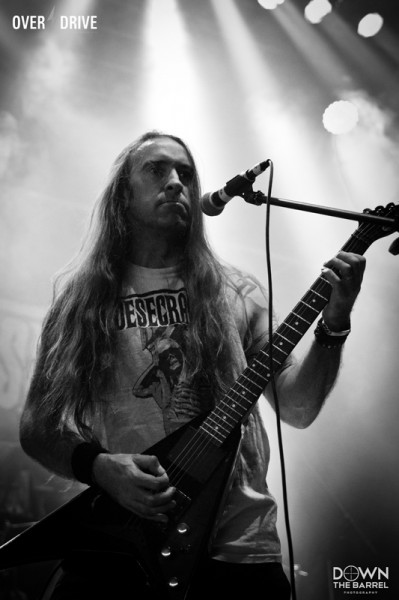