Celtic Frost’s legendary back catalogue gets the super deluxe treatment from BMG/Noise with ‘Dance Macabre’ – a stunning collection of the bands’ legacy pressed on glorious coloured vinyl, loaded with extras… 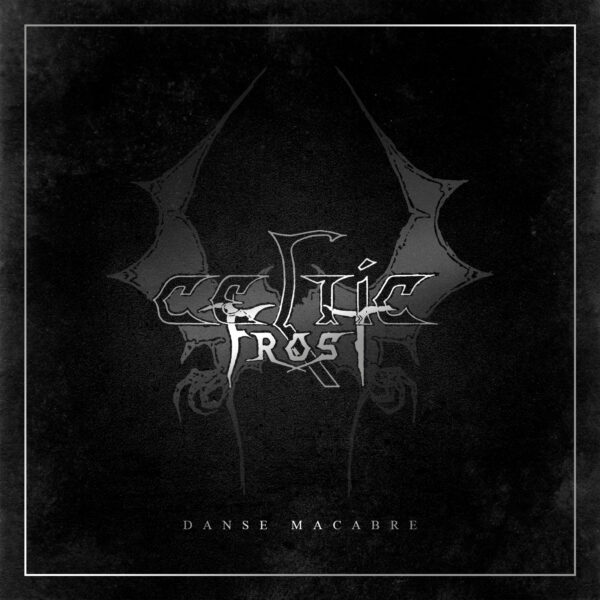 Over the course of little more than three years between 1984 and 1987, Celtic Frost established themselves as one of the most important bands in extreme and experimental music of that era.

‘Danse Macabre’ brings together the band’s recordings from those years, capturing their boundary-pushing ambition and creative zeal.

On paper, the story of Celtic Frost’s early years is as unlikely as it is extraordinary: a tale of how teenagers from rural Switzerland, at once audaciously ambitious and ferociously uncompromising, took heavy metal into new, exciting and unquestionably extreme territory. That they did so in the face of adversity at almost every turn makes this story even more incredible.

From its very inception mid-way through 1984, following Tom Gabriel Warrior and Martin Eric Ain’s decision to dissolve Hellhammer, Celtic Frost set out to give expression – both musically and aesthetically – to a uniquely extreme artistic vision which the pair delineated in forensic detail in a document which was presented to Noise Records, with whom Hellhammer had released ‘Apocalyptic Raids’, in order to demonstrate to the label that their new band was a viable project. 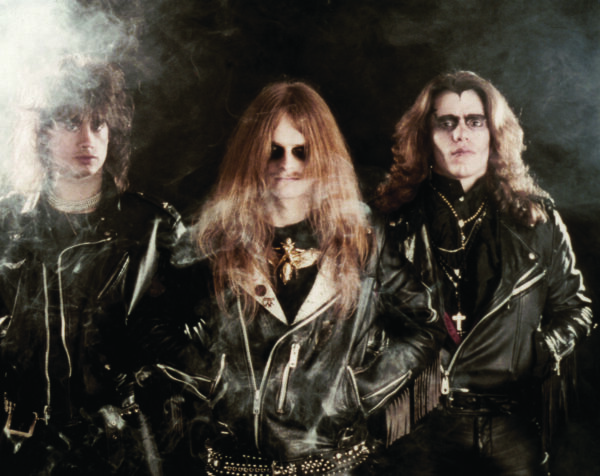 Convinced, Noise asked Celtic Frost to record a mini-LP, even though that hadn’t formed part of Warrior and Ain’s concept document. Undeterred, and propelled by a burning urgency, Celtic Frost set out to write and record a full length LP in a matter of a few months. ‘Morbid Tales’ was recorded with Horst Müller in Berlin and was unlike anything else.

Intensely heavy, nuanced and experimental, the record was a radical musical statement of intent; a stunning synthesis of Warrior and Ain’s disparate influences. From the furious opening riff of ‘Into The Crypts Of Rays’ through to the avant-garde experimentation of ‘Danse Macabre’, ‘Morbid Tales’ heralded the arrival of Celtic Frost as a profoundly unique and uncompromising band.

New Yorker, Reed St Mark joined Celtic Frost as a permanent member in February 1985, replacing session drummer Stephen Priestly, and the trio recorded the ‘Emperor’s Return’ EP in April ‘85, at Noise’s request. Featuring the first recording of the essential ‘Circle Of The Tyrants’, the EP is a solid snap shot of the sheer fanaticism that was the lifeblood of Tom and Martin in particular.

‘To Mega Therion’ was Celtic Frost’s next album, recorded in September ‘85. Due to personal difficulties, Martin was not in the band at that point, and so bass duties for the recording were carried out by session player Dominic Steiner. Martin’s absence also meant that Tom was responsible for the music and virtually all of the lyrics. But despite difficult circumstances, the resulting album, however, was a triumph. Replete with iconic cover art by HR Giger, ‘To Mega Therion’ imposes its dark majesty from the off with the orchestral bombast of ‘Innocence And Wrath’, before launching into the savagery of the hook-laden ‘The Usurper’. Daring, dark and superlatively heavy, ‘To Mega Therion’ is a sophisticated expression of Celtic Frost’s inherent drive to eschew genre limitations and, instead, define art on their own terms.

Martin Ain was soon brought back into the fold and a few songs from ‘To Mega Therion’ were re-recorded and remixed with Harris Johns, emerging as the excellent sounding ‘Tragic Serenades’ EP. It, and Celtic Frost’s previous releases, increasingly received critical acclaim, which emboldened the band to take more risks, to push the boundaries of heavy music, even further with their next album.

Recorded in Hanover at the start of 1987, ‘Into The Pandemonium’ was not an easy album to make; the band’s experimental ambitions often at odds with their label’s concerns. But, despite these obstacles, the band defended their artistic vision and the result is an astonishing piece of avant-garde art. The album’s experimentation is still striking today, challenging how we perceive heavy music and what it means to take music risks. Only Celtic Frost could create an album which kicks off with a singular cover of a New Wave song (Wall Of Voodoo’s ‘Mexican Radio’) and immediately follow it up with the mournful tragedy of ‘Mesmerized’.

‘Into The Pandemonium’ was the last recording made by this era of Celtic Frost, bringing to an end a period of incredible creative and artistic growth over what was a remarkably brief period of time. That the teenagers who recorded ‘The Third Of The Storm’ and ‘Triumph Of Death’ for the Hellhammer EP would, despite constant turmoil, be recording the jaw-dropping ‘Rex Irae’ just three years later is astonishing. 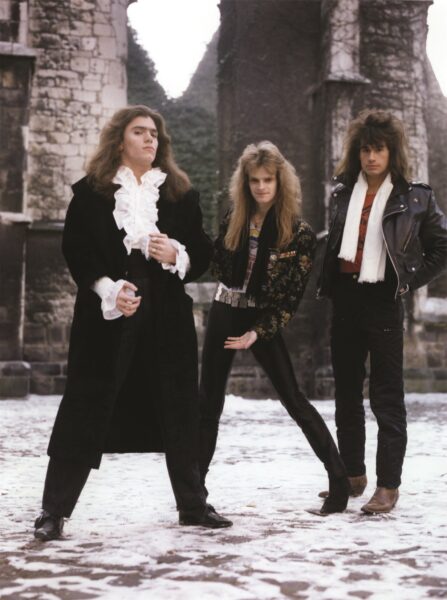 ‘Danse Macabre’ captures the radical ambition and evolution of Celtic Frost from 1984 through to 1987. In addition to the albums ‘Morbid Tales’, ‘To Mega Therion’ and ‘Into The Pandemonium’, the 7 marble colour vinyl box set also includes the ‘Emperor’s Return’, ‘Tragic Serenades’ and ‘I Won’t Dance’ EPs, along with ‘The Collectors Celtic Frost’ compilation, a 7” of ‘Visual Aggression’ and a cassette of rehearsals recorded at the band’s Grave Hill Bunker.

A 12” x 12”, 40 page book, brings together photography – some previously unseen – from the era and brand new interviews with Tom Gabriel Warrior and Reed St Mark. A Heptagram USB drive contains MP3 audio of all the albums, including bonus tracks. A Danse Macabre woven patch, a double sided poster, and a Necromaniac Union fan club enamel badge complete the set. ‘Danse Macabre’ is also available as a 5 CD box set, with 40 page book, badge, poster and patch.

Into The Pandemonium
(1LP gatefold on orange and beige galaxy vinyl)

Emperor’s Return
(Back on vinyl for the first time in 37 years. Green & black galaxy)

The Collector’s Celtic Frost
(12” single, back on vinyl for the first time in 35 years. Marble vinyl with silk screen print on Side B)

Visual Aggression
(7” single with new artwork and on grey vinyl)

Into The Pandemonium
(Full album plus I Won’t Dance bonus tracks, remastered)

A very limited edition Glow In The Dark vinyl variant edition of the LP box set will be available via EMP and Nuclear Blast online. This is limited to 1000 units.

Pre-orders are available via this link. 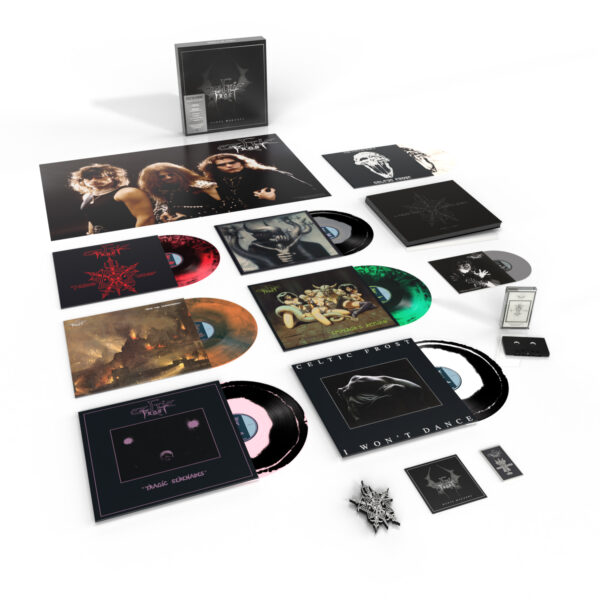