Just when we thought that it was lights out for BOWLING FOR SOUP’s touring adventures, Ireland was granted with a one-off exclusive show thanks to their U.K arena support with Steel Panther. Overdrive was there to catch every dick and fart joke, as well as the super-happy-fun-time soundtrack to a chilly Monday night in the Irish capital. 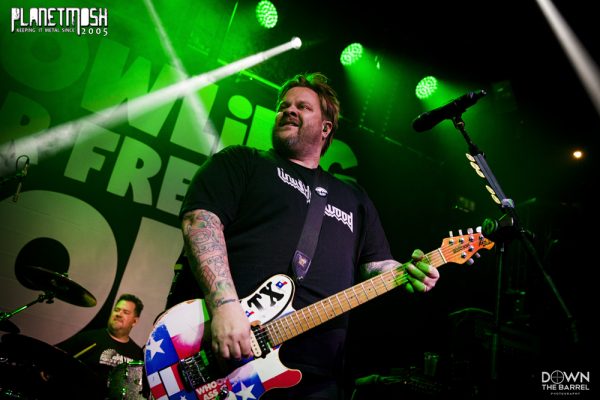 Tonight’s show is sold out and with a queue of punters stretching all the way down Abbey Street, the doors are finally open and as the masses finally make their way through the venues glass doors into the heat of the venue and head straight for the merch stall there air of anticipation buzzes through the Academy.

With the venue now impressively full – even before U.K four-piece The Bottom Line take to the stage, credit has to be given to all-ages shows for their commitment and enthusiasm for live shows. With the bar upstairs taking a battering due to strict wristband service only for 18+, The Bottom Line take to the stage to Westlife’s ‘You Raise Me Up’ before launching into a hybrid of Green Day meets Yellowcard meets Blink 182, you get the idea, right? 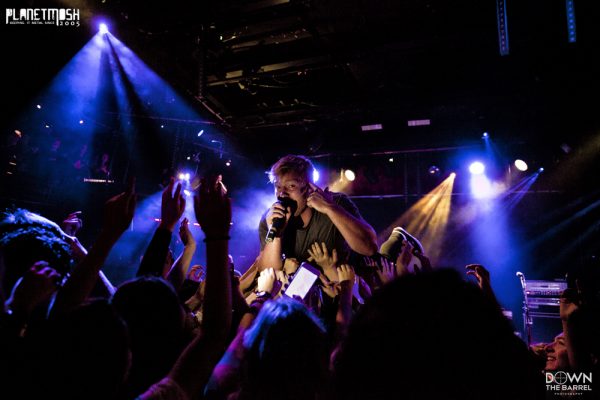 Although they sound sloppy as hell, (guitars out of tune in some moments) The Bottom Line make up for it with buckets of enthusiasm and sense of humour. Tracks such as ‘I Hate You’ go down a storm with the kids on the floor and when they pull out Wheatus’s ‘Teenage Dirtbag’, they experience the reaction of a headlining band for one hot minute. 2.7/5 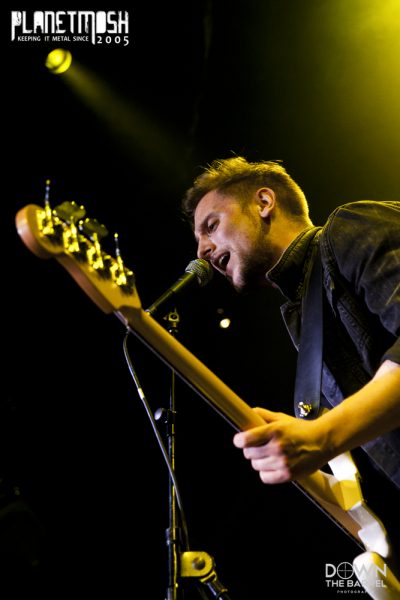 Next up is Lacey, who instantly look out of place on tonight’s bill. Looking and sounding more like a band that you would likely see opening for the likes of Kodaline, Lacey launch into a 25 minute set of instantly forgettable tunes, that fail to grasp the audience, especially after the high-energy performance from The Bottom Line. There is a huge presence of backing tracks throughout their set which at times overpower the actual live playing (snare drum was practically inaudible at times) and although they give 100%, it just doesn’t seem to connect with the majority of the Dublin crowd; who stand motionless through the majority of their set. Don’t get me wrong, Lacey are a good band, it’s just the wrong show for their style of music. 2.5 /5

And so to the main attraction. With little fanfare, Bowling for Soup take to the stage and the first thing that is apparent is vocalist Jaret Reddick, who has practically quadrupled in size! Now, as we all know Bowling for Soup certainly know how to make fun of themselves and when Jaret greets the now packed Academy with a hilarious statement about his own weight gain: ” you’re probably wondering where the original vocalist for Bowling for Soup is, well I ate him and he’s inside me” the venue cracks up and proceeds to lose their collective shit with opener, ‘The Bitch Song’ followed by their chart-bothering zinger ‘Highschool Never Ends’. 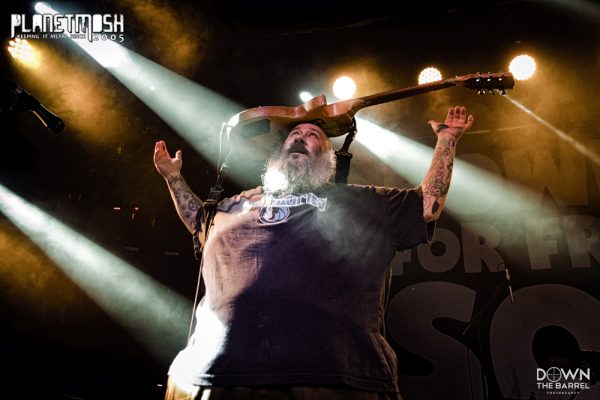 There is a plethora of hilarious banter from the lads on stage as they proceed to rib each other and spout fantastic tangents of utter shite, much to the delight of the punters who nestle themselves in the hands of the Texans for the remainder of the show.

Tonight we get a setlist of classic Bowling for Soup hits woven into a highly entertaining performance of stupid comedy banter loaded with an intensive ‘feel-good’ factor that reaches every corner of the venue. ‘Turbulence’ and ‘Almost’ are delivered with a slightly faster tempo but no one seems to care and why should they? Bowling for Soup have brought the Texan sunshine to Ireland’s capital and it’s mid-July in the Academy tonight, as they give us a preview of their new album Drunk Dynasty with ‘Hey Diane’. 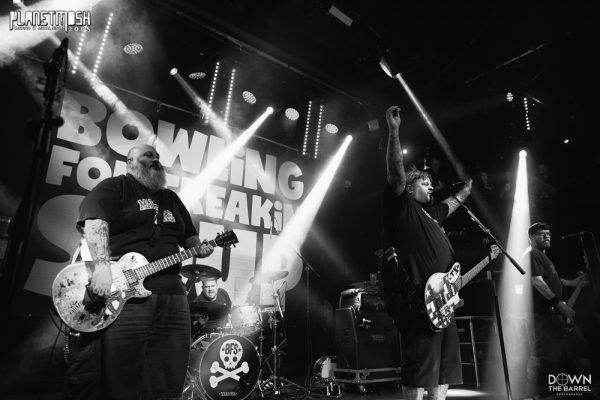 Their ability to stop and start at any given time during a song, just shows just how tight BFS really are. Mountain sized guitarist Chris Burney, pulls off a multitude of tricks with his guitar, flicking his guitar picks behind his back and swinging his guitar all over his waterbed like physic.

The venue erupts for ‘Punk Rock 101’ and Fountains of Wayne cover ‘Stacey’s Mom’,which is followed by a truly genius moment of comedy when all members of the band come to the lip of the stage and pull off what they call: “the Bowling for Soup official photo opportunity”. If only all bands played to the camera, like these guys the visual imagery aspect of live music would be far more entertaining. 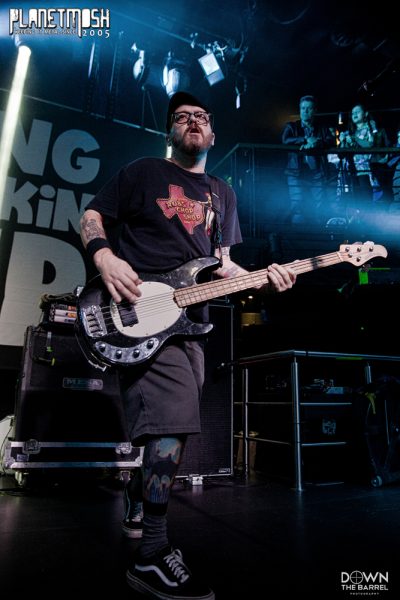 Who knew that Jaret could pull off a quality Shaggy impersonation? Well during the high-energy antics of ‘Belgium’ we learn of the guy’s love for the 90’s R&B star, with belly laughs all over the place.

The last stretch of the show gives us the likes of ‘Emily’, ‘Since We Broke Up’ , ‘Shut Up and Smile’ finishing with the sing-along anthem that is, ‘Girl All The Bad Guys Want’.

A brief encore sees the four-piece return to the stage and closes the show with ‘1985’ under an explosion of confetti cannon that sends the venue over the edge and back out into the chilly October night. Say goodbye to the summer and hello to the winter. Whether you like them or not, Bowling For Soup brings the sunshine wherever they go. 4/5

Check out our recent interview with Bowling for Soup’s, Erik Chandler on this link.