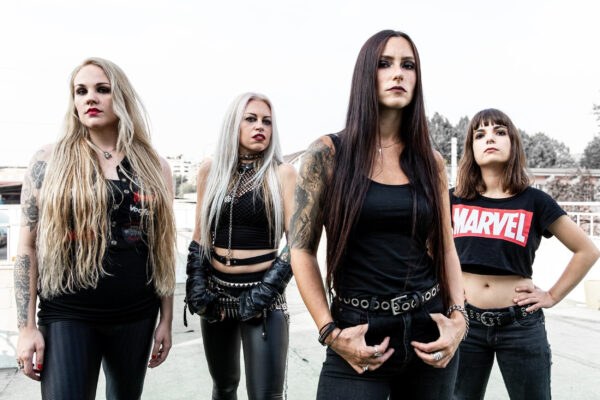 The album secured the band their first chart positions at #18 in Germany, #6 on the US Hard Music Album charts, #9 on the US Top New Artist Albums charts and recently returned to #1 on the NACC Heavy chart.

The four women of NERVOSA haven’t stopped to catch their breath, delivering their next thrasher, ‘Genocidal Command’, featuring Schmier (DESTRUCTION) along with a powerful official lyric video.

The track perks ears with Diva Satanica’s vocal eloquence, accented by the outstanding range of Schmier whilst mirroring a rousing thrash metal manifest.

Enter a thrashing world of destruction and be a part of the next generation of NERVOSA!

Watch the video below…