ARE BRIAN JOHNSON AND PHIL RUDD BACK IN AC/DC? NEW PHOTO SUGGEST THIS TO BE TRUE.


Reports just in confirm rock singer, Brian Johnson and drummer Phil Rudd are apparently back in AC/DC working on a new album. Details below; 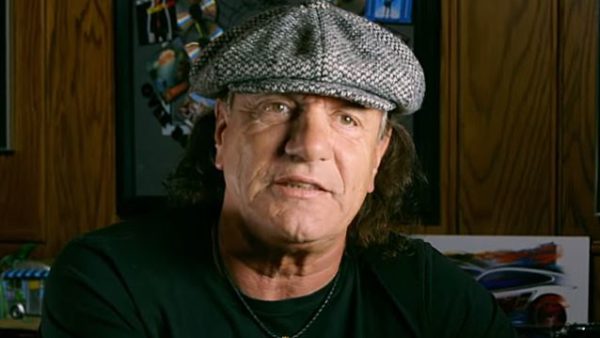 Former AC/DC vocalist has been photographed with drummer Phil Rudd in Vancouver.

The rumours started on an AC/DC Brazilian fan site and after photos appeared of Brian in a studio with the band and according to the website “Triple M” – Brian has confirmed it.

It appears a new record could be on the way with guitar parts that will also include the late Malcolm Young who passed away last year.

Check out the photo below of Johnson and Rudd recently taken in Vancouver. 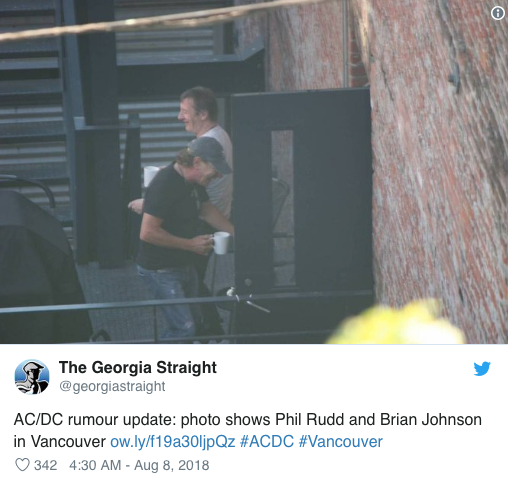 Johnson’s status in the band hung in the balance after he was forced off the Rock or Bust tour, risking a permanent hearing loss if he remained onstage. Axl Rose famously finished out the tour, which was also the last for bassist Cliff Williams, who retired after.

Despite being seen at the studio with Angus Young, his nephew Stevie Young and Phil Rudd, the members remained silent as to what was going on.

Rudd, who was replaced on the tour by drummer Chris Slade, was battling a host of legal problems, including one charge for attempting to procure a murder and threatening to kill, among others. Dave Grohl of the Foo Fighters essentially confirmed that Rudd was back in the band in a recent interview.

While there’s no official word from the band’s camp, it does appear that something big is going on in the AC/DC universe. Stay tuned to this developing story.