FEATURE : BRING ME THE HORIZON – “WITH ‘AMO’ WE DECIDED TO LOOK INWARDS AND INCLUDE MORE OF THE STUFF WE GREW UP WITH”. MATT KEAN


Love ’em or hate ’em, BRING ME THE HORIZON are smashing records with their leap from the UK Metalcore scene to chart-topping, Grammy-nominated behemoths. 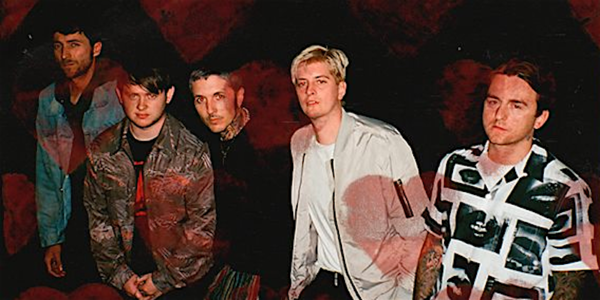 Having cut their teeth 15 years ago in the underground UK metalcore scene, BRING ME THE HORIZON jumped for the stars and made their way through orbit and beyond.

New album ‘Amo‘ has already been certified as number 1 in both the UK and Australia and, oh yeah, there’s the Grammy nomination also…

Overdrive caught up with bassist Matt Kean in Detroit just a few days before they attend these years Grammy’s (Feb 10th), to discuss the overwhelming success of the new album and the change in direction. 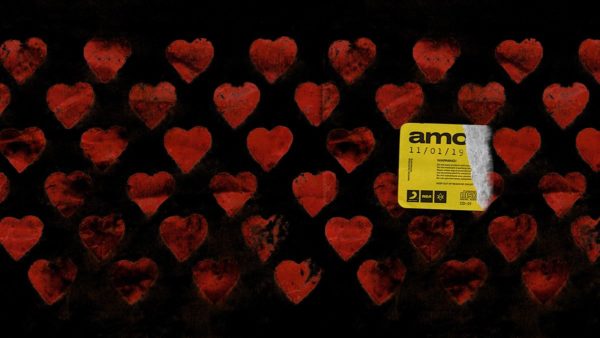 OD– I’ve got to ask since it’s official now, but a UK number 1 album (also Australian debut number 1 chart position as of today) has got to feel pretty special? When you reached the number 2 with ‘That’s the Spirit’ did you think you would be so lucky with ‘Amo’, or was it still a big surprise?

MATT – I guess it’s a surprise. It’s something that we always have hoped for but didn’t really want to stick a target on it if you know what I mean. To be honest, at the end of the day, we just want the album to do well and the chart position doesn’t really make that much of a difference to us. We just want the music to connect with people.

The other side of the coin is that when you have a number one record, it sort of make all of this viable in the eyes of our families. They don’t see most of the day to day stuff, so when they can see we are doing well it kind of makes sense to them I guess (laughs).

OD – Considering that you guys have come from a scene (metalcore) that was so buried underground in the eyes of the mainstream, there are not many people that can come from there and be sitting where you’re sitting now. For you personally, do you find that it’s all a bit ‘ass-kissy’ seeing as most of these people most likely wouldn’t’ have given you the time of day in the past?

MATT – Yeah, I think so. But I think one of the other reasons is also the amount of time that we’ve been around. A lot of those people that are working in media would have grown up with us or have been aware of what we were doing and now they are grown up and working in the industry.

When we first started out, there were people that were fans of what we were doing and then there was the media, which was a completely separate thing altogether. Now, the media has changed so much and we see it as a completely different beast.

You have to remember, when we started out, the media considered us as part of an underground culture that they didn’t really understand. There are now people that were friends of ours from back in the day that have started their own businesses, or labels, or whatever, and they are embedded into the media and popular culture which the mainstream feeds off. That situation has helped us over the years and continues to do so.

OD – This album is a huge departure from what you guys were doing way back when ‘Suicide Season’ was released which was about just over a decade ago. Even since ’That’s the Spirit’ there’s a huge jump here in style and structure. Was there any apprehension at all or did it all just come naturally?

MATT – Basically, I’ve found that when you’re writing an album you spend about 99% of the time being scared about it (laughs). It’s very odd to just make an album and just put it out there. There is a certain amount of pressure and as we release each record we start to think: “Where can we go from here now?” because we as a band need to keep moving forward. There’s just no sense in doing the same thing over and over again. 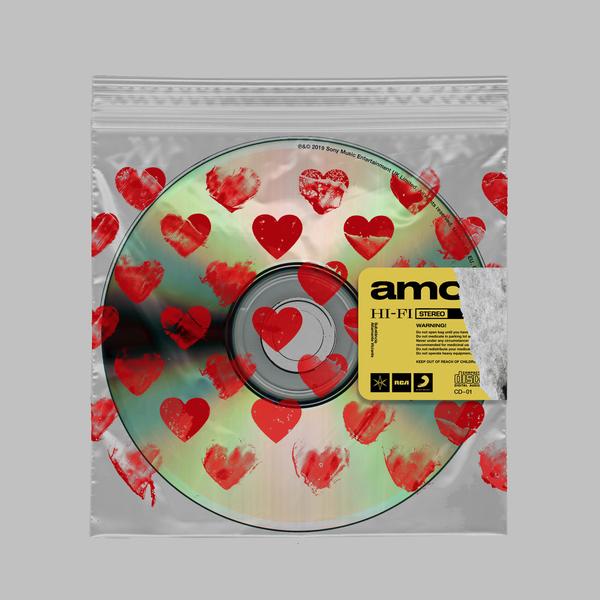 With ‘Amo‘ we decided to look ‘inwards’ with reference to the stuff that we grew up with and what we all collectively like. Being from the UK and being the age we are, there was a lot of mixed genres floating around during our teenage years. We were around dance music, R&B, indie stuff, metal and rock etc.

The only difference is that now we are better musicians, more mature and more confident. Our first album had an acoustic track on it and our remix album has Skrillix on it. We’ve always been confident with our decisions and our influences. I really feel that this new album is a coming of age release for us. We’ve always had people expecting us to keep doing the same thing with every album.

We’ve come from that heavy underground scene and we’ve seen so many bands that just died a death over the years, primarily because they just stick to one sound, or one gimmick, or whatever. Not us! We’ve tried to be as far away from one of those bands that just repeat themselves, as we possibly can.

OD – There’s no doubt that you guys have been through a lot over the years and with regards to the global metal scene, people can be a little hard to deal with, stuck in their ways and totally terrified of change. For a band like BMTH, it seems that you’ve embraced so much bullshit over the years and just keep moving forward. 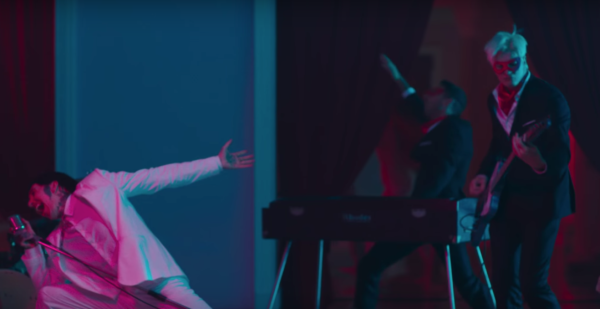 Were there any particular times that looking back now were very dark and you began to question the longevity of the band because you’ve all managed to get to a level that most can only dream of and let’s face it, this business is fucked?

MATT – I guess there were certain points in the career of the band that was a little hard, but these moments also made us who we are today. We are kind of like a gang at this point. We’ve been together for the guts of 15 years and we all look out for each other, stand by each other and fight for each other.

We’ve gone through some really tough times with everything from dealing with death, trauma and addiction and stuff like that and luckily it’s made is stronger than ever. We had everything against us and nobody cared about who we were. A lot has changed today.

Going through all of that shit has made us pull together as a unit and I personally think that’s why we are still going from strength to strength. We came from the bottom and just keep rising.

We are all still mates. I’ve seen loads of bands who hate each other. They don’t travel together or anything. We fight from time to time but we’re all very close mate and have dinner together, hang out together as well as play music and travel the world.

OD – One of the biggest headline UK shows in the band’s career has been announced in Victoria Park this coming May for All Points East Festival and again it’s a very eclectic line up (Run the Jewels, IDLES and Yonaka). Although you’re on a bill with some very different bands, do you feel that it’s more challenging playing to an audience made up of totally different backgrounds to where you initially came from? 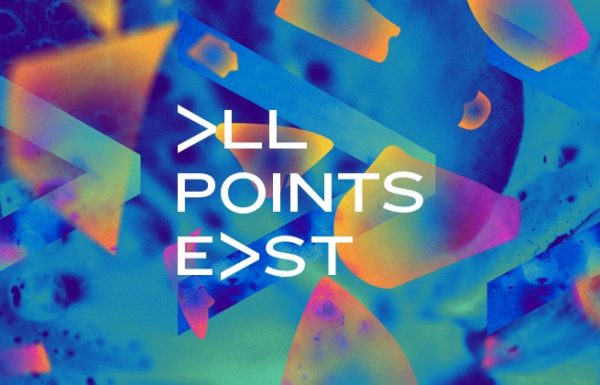 MATT – Yeah, this is our first UK headline festival show and we’re so excited about it. We’ve been given the honour of picking the lineup, which is why While She Sleeps and Architects are playing.

OD – Is there a conscious decision to play at the more eclectic festivals rather than the traditional rock/metal annual events?

MATT – Yes, for sure! We have such eclectic tastes within the band and to get the bands that we love to take part in All Points East is amazing for us. We really wanted to create a very diverse line up as well as supporting our mates.

OD – Have you ever talked about putting on your own festival and making it an annual event?

MATT – Perhaps down the line but right now just concentrating on the band and touring is more than enough (laughing). It would be very cool to do something like that but when I think about the bullshit logistics that we would have to deal with in order to host it, would be a nightmare (laughing). How know’s what’s gonna happen down the line.

OD – With Jordan (Fish, Keyboards) having said that you guys ‘overdid it’ with the touring on the last album, do you plan to approach things differently this time around and if so how?

MATT – Yes, that’s one of the things that we have learned in the past and are continuing to learn as we are moving forward. We’re a lot older now and the whole dynamic of being a young guy in a band not giving a fuck has changed as there are now wives, children, family etc that we all want to get back with as soon as we can, whenever we can.

The key is to find the balance that works for both the business side of things and the personal side. Like for instance right now, we’ve done really well to get to this point, so we can afford to be picky as to where we are touring and the longevity of each leg of the tour. At the end of the day, we have to look after ourselves in order to put on the best show we can for the people that are coming to see us.

OD – You’re also just days away from the Grammys to which the band are up for ‘Best Rock Performance’, does this type of stuff blow your mind or are you now bothered?

MATT – I think it’s more of a bonus thing really. I just love going on stage every night and that’s the real prize. The Grammy thing is awesome but like before when we were talking about getting a number one record, it’s more for the people who are close to us, it’s like a sign for them to understand that what we are doing, we’re doing it to the best of our abilities.

Don’t get me wrong it’s nice to get these accolades and for my family to see me doing well at something, and for that purpose, I’m grateful for this nomination.

OD – Have you ever considered doing something solo, or getting involved in any other aspect of the industry besides performing, recording or writing perhaps down the line?

MATT – Not really. I just really love playing music and the live shows are what we all live for. To be honest, the band is so consuming, so there really isn’t enough time for anything else right now. When there is some downtime, I tend to do things that are motivated by the desire to unwind and get away from it all. I like camping and being in the outdoors, just away from everything. I find that very relaxing. 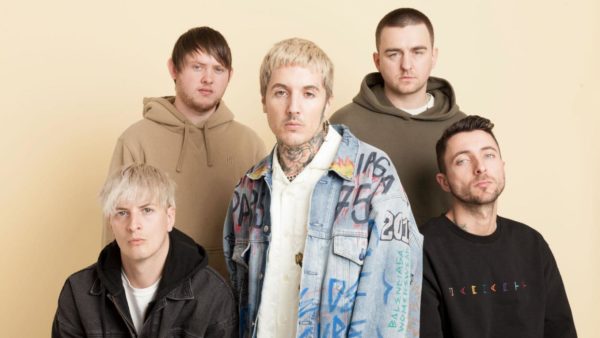 OD – Finally, if you could have given 18-year-old self some advice, what would it be?’

MATT – Ahh, I guess it would be: Don’t take criticism to heart.

‘Amo‘ is out now, get your copy via this link. For more info on BMTH, click here. 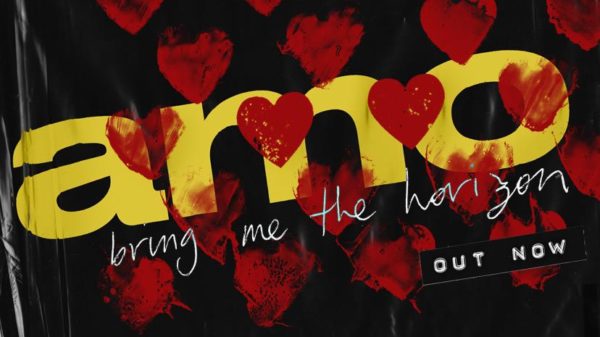