DME Promotions brought LA’s Buckcherry and Sweden’s Hardcore Superstar to The Academy for a night of bandana’s, shirtless rock poses and or course some kick ass music. Deborah Behan was front and center to get the lowdown on what kind of a show it was. 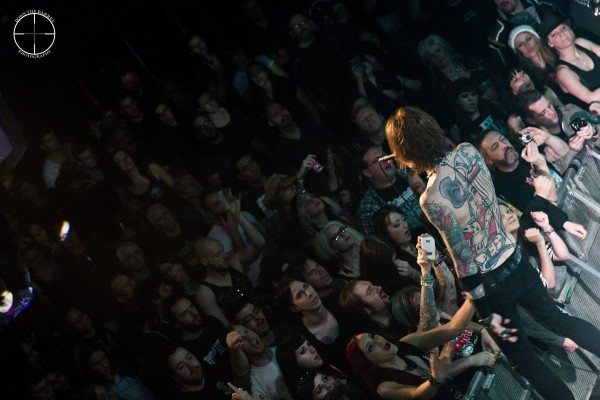 The sun went down 2 hours ago and its 2 degrees on Middle Abbey Street. Filing into The Academy we just know that in a few hours the November chill will be but a memory. Jackets, scarves and hoodies will be strewn across the floor with abandon as we lose ourselves in the punk tinged, sleaze rock of a group of men from California.

Uppermost in my mind is the concern that I may not get ‘my spot’ to the extreme right of the stage where the view is exceptional and band interaction is inevitable. Also handy for hounding the sound guy into grabbing me a set list.

Thankfully my worries are unfounded and I settle myself comfortably into my nest, not to budge for the duration of the show.

Swedish band Hardcore Superstar kick off shortly after 7:30 with an impressive set combining thrash metal and sleaze rock. After a brief and slightly bizarre warm up routine to the side of the stage lead singer Jocke Berg, who apparently enjoyed the previous night at the Mercantile is positively bursting with energy and it doesn’t take long for his enthusiasm to infect the crowd. 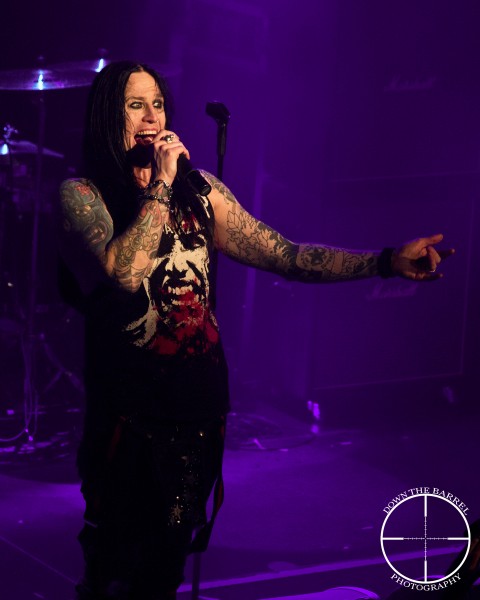 After a few anthemic choruses, a minor mishap involving an exploding bottle of Heineken and some very decent riffage we find ourselves involuntarily singing along to the ridiculously catchy We Don’t Celebrate Sundays.They may not be hardcore, nor are they superstars but they have had several number ones in Sweden and can bang out some serious glam/sleaze rock.

The lads from Gothenberg end their set with Run To Your Mama, a truly beautiful piece consisting simply of piano, albeit an invisible one and vocals like sandpaper grating and the pain inflicted by it. 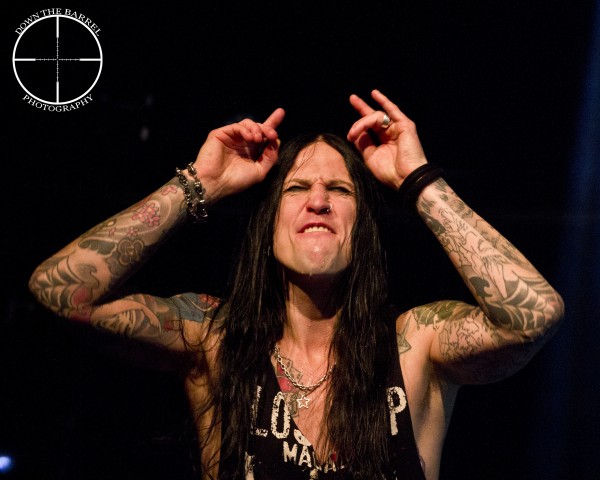 Being unfamiliar with the band, this is a welcome surprise which has me determined to find the song and download it as soon as I could find some complimentary wi-fi.

This Run To Your Mama is from the 2010 album Split Your Lip, not to be confused with the Gary Moore track of the same name. 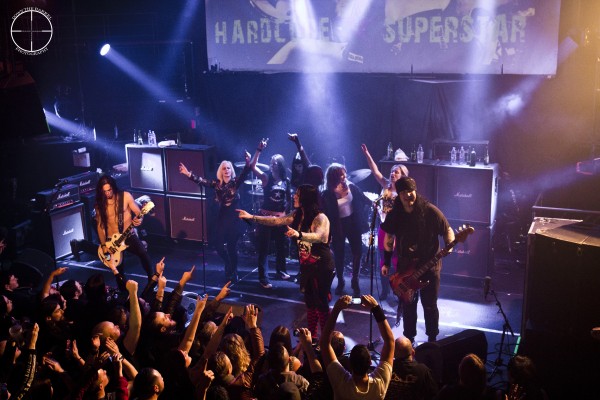 Tattooed across Josh Todd’s knuckles are the words ‘Stay gold’, a reference to a significant poem recited in the 1967 novel The Outsiders, a reminder that life is short, enjoy the ‘gold’ while you can. 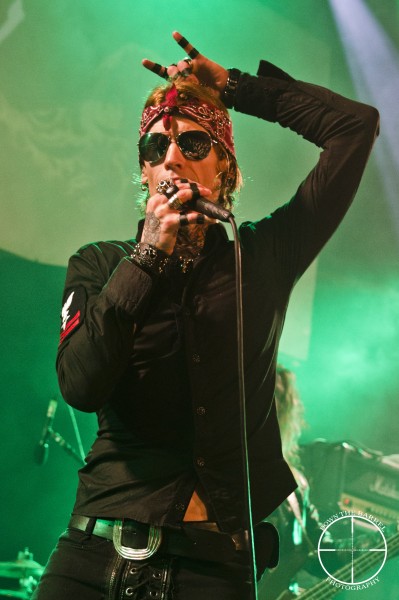 18 years since the birth of Buckcherry and a 3 year hiatus later they clearly still adore what they do for a living.

Lit Up is the perfect opener with Josh Todd pulling his Jaggeresque moves and proclaiming his love for ‘the cocaine’.

It only takes 5 songs and a short rendition of AC/DC’s Big Balls before Josh, at a possible 0% body fat, is topless and gyrating around the stage with his tambourine urging the crowd to “Praise Jesus”.

The crowd echo back the lyrics to Everything and Sorry perfectly, a quick scan across the faces prove that these are the songs the majority have been waiting for.

While Hardcore were doing their thing a setlist for Buckcherry was taped to the side of one of the speakers. By the end of the set this list had 4 song changes which ,thankfully, allowed Borderline to be shunted in towards the latter end of the show. Having not heard it in a few years I had genuinely forgotten how powerful this gem was at transporting the listener to a world of chilled out, impromptu jam sessions on warm summer nights. Best song of the night. 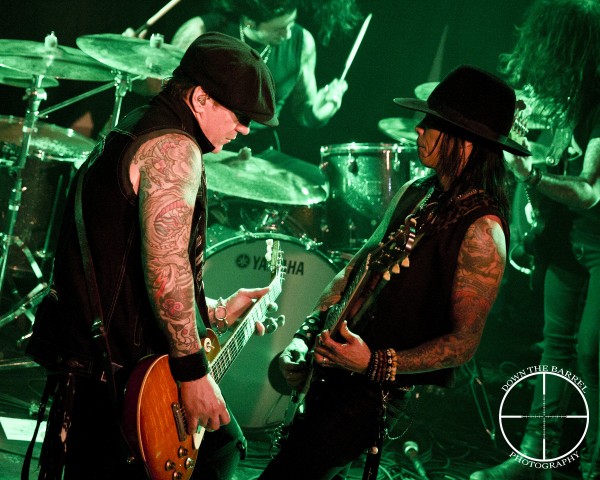 For The Movies was replaced with Borderline which gave Keith Nelson a chance to display his blues and groove skills but the stand out musician of the night for me was bass player Kelly LeMieux.

Longtime bassist Jimmy Ashhurst left the band unexpectedly in mid October to be replaced for the remainder of the tour by LeMieux, a well seasoned session musician and instructor who stood out as a competent replacement on Rescue Me in particular. 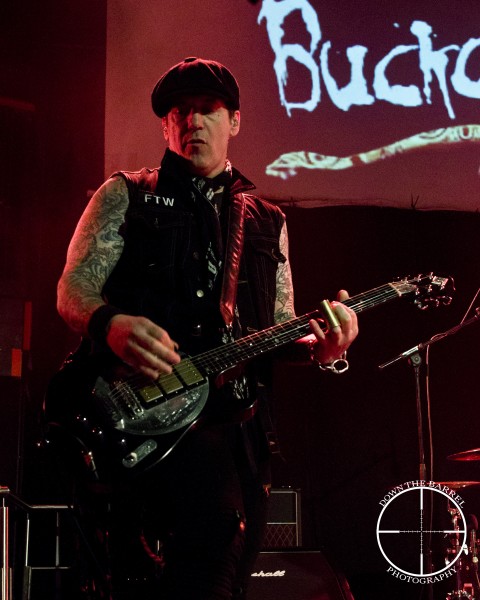 Check Your Head made no appearance and Crushed, the one song I personally was most looking forward to was omitted from the set list. The ode to their fans and playing live in general was marked by its absence. It would have been nice to hear how Todd loves his “fucking job” but there are only so many songs one can play in a set and having to replace your bass player at short notice limits your set considerably.

Crazy Bitch was accompanied by ‘The Official Buckcherry Guide To Being a Crazy Bitch’ which included, among many other requirements, being between the ages of 18 and 25 and not having sagging tits. Then some more “Praise Jesus”, an NWA hat and an encore.

The show was closed with some dirty, sleazy rock in the form of ‘Wrath’ from the album Confessions of which the theme was the 7 deadly sins. Gluttony was the only other sin that showed itself on the night unless you count lust, which was in abundance as a small crowd stood outside The Academy in the cold only to watch as Josh was ushered quickly past and straight into the waiting tour bus. Stevie D, on the other hand, was only too happy to pose for photographs with fans and sign autographs. Good man Stevie, lovely chap. 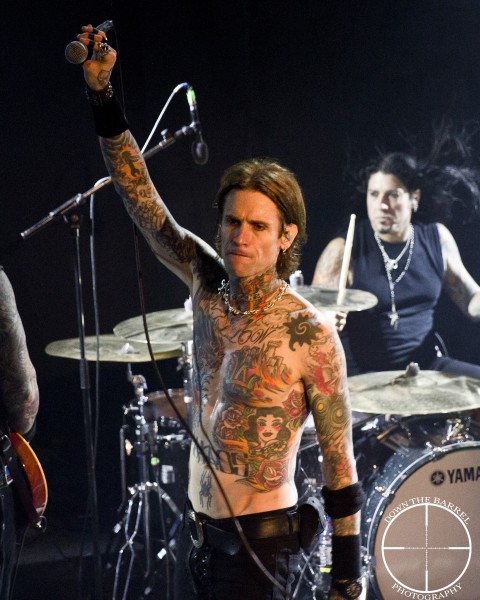