Buckcherry is previewing its eighth studio album with a dip into another band’s catalogue. Get a load of their Nine Inch Nails cover of “Head Like a Hole”. 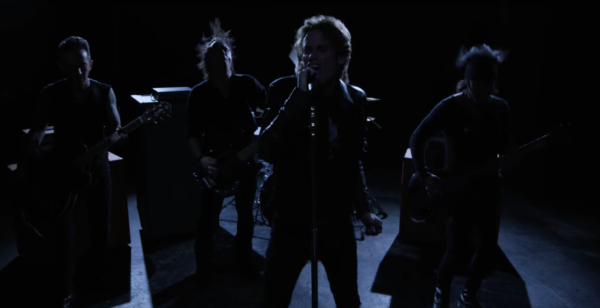 The California hard rock troupe is releasing a version of Nine Inch Nails’ “Head Like a Hole,”, which will be part of the follow-up to 2015’s Rock ‘n’ Roll expected out next year.

Frontman Josh Todd recently commented on the track ” It happened really organically. We were in the studio making the record, just kind of going through some old songs while they were setting up. We jammed it out the first time and it was like, boom, automatically sounded right as if we’d written it, which is what we always want to achieve when we do a cover.

“Our producer Mike Plotnikoff was recording the whole time and said, ‘Hey, why don’t you guys come in and hear this?’ He put up a little rough mix of it and we were like, ‘Wow, this sounds really good. We should do it.‘”

Listen for yourself below;