Like old-school classic metal? Then look no further! Let us present, Burning Witches, who have just inked a deal with Nuclear Blast. These ladies know a thing or two about ripping the roof of venues in their native Switzerland. 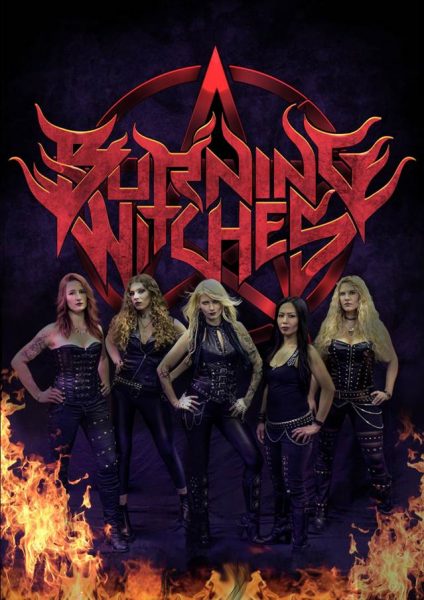 Just in time for Valentine’s Day, Nuclear Blast is proud to present some great news for all fans of old school heavy metal; the five ladies from Burning Witches and Nuclear Blast have tied the knot on this most auspicious day.

Romana (guitar) commented: “We are a bunch of crazy ladies from Switzerland that love to play old school metal. Of course, we are very excited and honoured to work with such a great label as Nuclear Blast Records. We are burning to kick some serious ass and are confident that we have found the right partner that believes in our music, just as much as we do. Get bewitched if you dare – check out our heavy sound and you won’t be disappointed!“

Markus Staiger (CEO Nuclear Blast) added:
“We’re proud to welcome Burning Witches to the Nuclear Blast family. These ladies are one of the best newcomers within the heavy metal scene. Both live and on record the ‘witches’ are magnificent and we know that they have a lot of potential, that’s why we are really happy to start a new chapter with them, within our band and label history!” 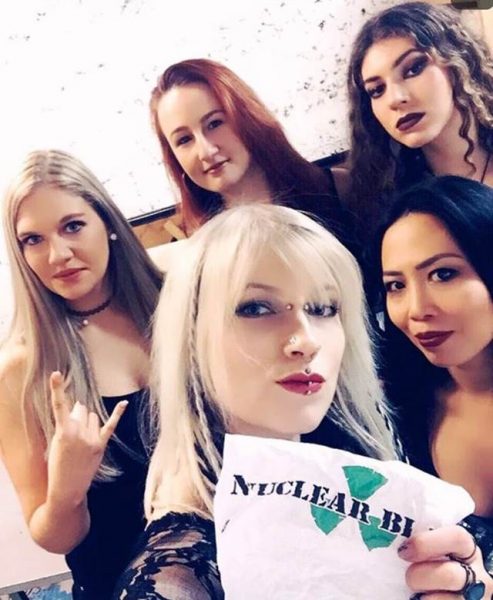 Burning Witches are by far the hottest export from the Alpine Republic since the release of their self-titled debut album, produced by V.O. Pulver (Panzer, Destruction, Pro-Pain) and Schmier from Destruction, recorded at Pulver’s Little Creek Studio in Switzerland.

Burning Witches had already surpassed expectations even before the album‘s release date. The young Swiss talent’s debut single was awarded “Demo of the Month” in both Metal Hammer DE and Rock Hard. Melodic guitars meet determined heavy sounds with influences taken from power, speed and traditional heavy metal, paired with incredible groove and an expressive force.

They are consistently compared to Judas Priest, partially because their vocalist Seraina is dubbed by some as ’the female Rob Halford‘, frontman of the British metal gods. The vocal variation and range of the exceptional talent within the five-piece is obvious; Seraina passes everything with flying colours – from high falsetto à la Halford to edgy screams and deep growls. With a voice that also perfectly conquers clear vocals, it’s no doubt that she is a vocal miracle. So be careful; this band could instigate a serious addiction! Thank god they are already preparing themselves for their next attack with Nuclear Blast on their side. 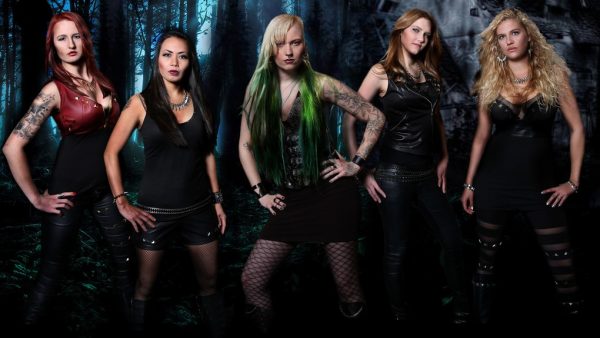