San Diego-based metal outfit Carnifex are set to unleash forthcoming album ‘Slow Death’ on August 5th. In the lead up to this heavily anticipated sixth release, front-man Scott Ian Lewis sat down to talk about writing, both for and beyond Carnifex.

“Album number six, over 10 years as a band and we have more fire and passion than ever,” comments vocalist Scott Ian Lewis. “This album will reshape our genre and be looked back on as an album that started a new movement for aggressive, dark metal. We’re going to show those who love us and those who hate us just how far reaching our ambition is.”

Check out the video here:

The record was produced and recorded by Carnifex and Mick Kenney (Anaal Nathrakh, Bleeding Through), and co-produced by Jason Suecof (Death Angle, Chelsea Grin, Job For A Cowboy). Slow Death was mixed by Mark Lewis (The Black Dahlia Murder, Whitechapel, Devildriver, Deicide) at Audiohammer Studios in Sanford, Florida. 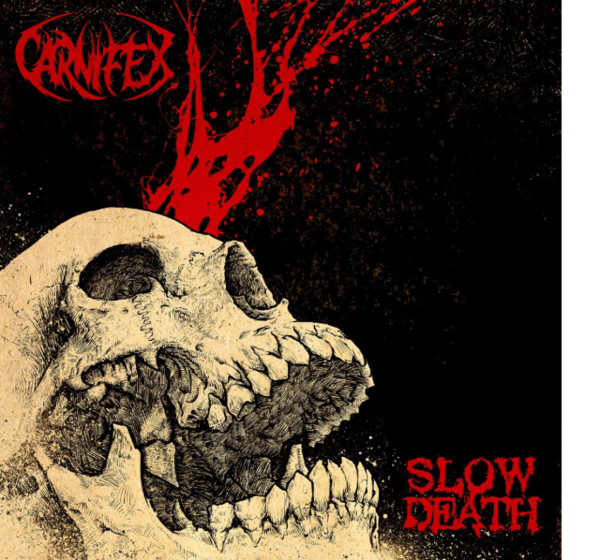 Cover art for the album was created by renowned artist and long time collaborator, Godmachine. Lewis talks about the details and meaning behind the artwork for Slow Death:

Carnifex are part of the Impericon Never Say Die! Tour 2016
together with Whitechapel, Thy Art Is Murder, Obey The Brave, Fallujah, Make Them Suffer and Polar in November, which travels across UK and Europe. Tickets can be purchased here.