After considerable public outcry, Century Media Records announced that they have severed ties with Vektor the same week they welcomed them to the label. 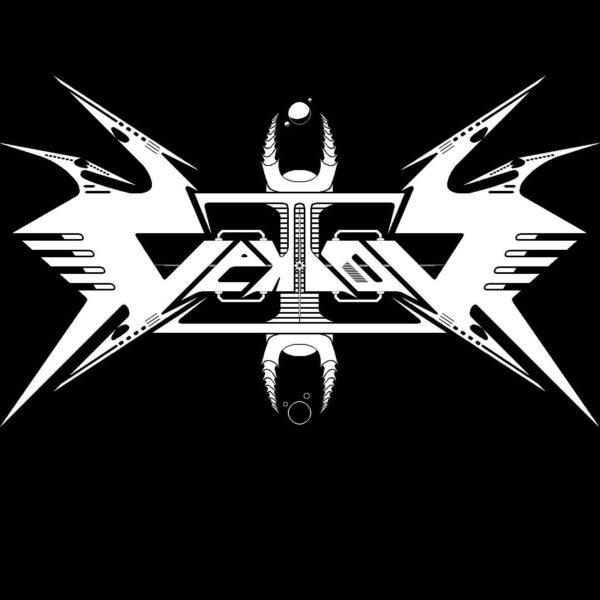 However, given the band’s complicated past, the backlash to word of them joining the label exploded with a tirade of comments from all over the world.

The group’s vocalist and guitarist David DiSanto commented at the time of the signing:

“We are extremely pleased to announce that Vektor has signed with Century Media Records! They have long been on our radar, and we couldn’t be happier for this new partnership. Recording of our fourth studio album has commenced and we have set the bar very high for ourselves once again.

We are eager to begin the next phase of our global takeover with such a legendary record label. On the heels of this amazing news, we cannot wait to begin our European tour this fall after a nearly six-year hiatus. See you out there, Vektonauts!”

“We are excited to announce our cooperation with Vektor. Vektor seamlessly merge outstanding songwriting and technical finesse into something truly standard setting for modern metal. In the spirit of their quantum-leap vision for themselves, new music awaits. Let the countdown begin!”

The controversy in question stems from the allegations of sexual assault and physical abuse made against DiSanto back in 2019 by his wife at the time. DiSanto himself would later deny those allegations.

Upon announcing the news of the band’s signing, Century Media‘s social media was flooded with hundreds of comments condemning the label for signing Vektor given the allegations that were made against DiSanto.

A screenshot taken from the comments section of the label’s since-deleted Facebook post on the signing can be found below. 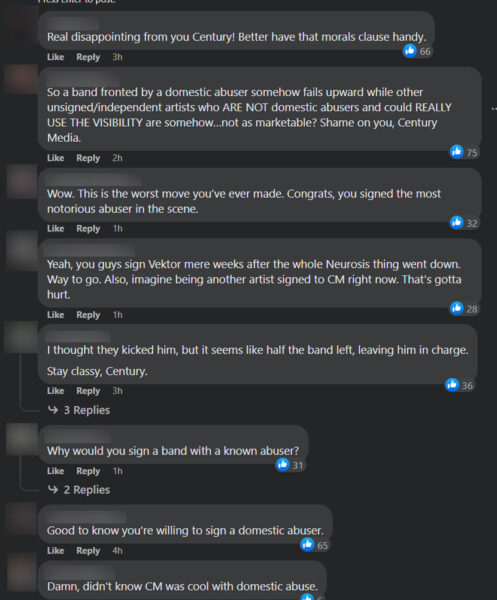 That leads up today, September 16th, where the aforementioned label announced that they have parted ways with Vektor, offering the following brief statement: