Produced by Mike Elizondo, ‘Hail To The King’ is the follow up to the band’s 2010 release, Nightmare, which debuted at Number One on the Billboard Top 200 Album Chart, Hard Rock Chart and Digital Chart. 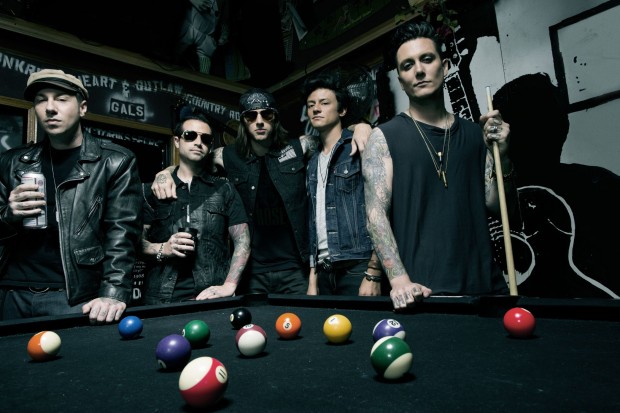 On August 26th, one day before the release of Hail To The King, Avenged Sevenfold will play a free show for their fans at the Hollywood Palladium.  The show is a special thank you to their fans and for fans to celebrate the release of the new album with the band.  Stay tuned for entry details, which will be revealed in the coming weeks.

Avenged Sevenfold’s 5th studio album, Nightmare, was also produced by Mike Elizondo and earned the band it’s highest ever debut on the Billboard album chart when it took the Number One spot and spawned three Number One, hit-singles “Nightmare”, “So Far Away” and “Welcome To The Family”.   “Nightmare” broke radio records and was the most played current song at Rock Radio for all of 2010.  The New York Times called the band “Downright inevitable,” while Guitar World hailed “Avenged Sevenfold are the undisputed kings of modern American badass rock and roll.  A worthy successor to Aerosmith, Guns N’ Roses and KISS.”

Throughout 2010 and 2011 Avenged Sevenfold toured the world nonstop.  They have achieved Diamond, Platinum and Gold awards for album sales in nearly a dozen countries and have sold out arenas the world over and headlined some of the world’s biggest and most prestigious music festivals playing to over one million people.  Due to an overwhelming demand from the United States troops abroad, Avenged Sevenfold embarked on a USO tour in the Middle East including stops in Kuwait and tour of Iraq performing for US soldiers stationed abroad.

Avenged Sevenfold made an unprecedented appearance as characters in the Call of Duty Black Ops 2 video game in November 2012.  The game was the biggest selling video game of all time and featured the band’s performance of a song written for the game, ‘Carry On,’ which then went on to Top the Billboard Monitor chart on January 13, 2013.

Avenged Sevenfold achieved worldwide success with their platinum 2005 breakthrough City Of Evil, which featured the wildly popular single “Bat Country.” The band quickly became known for their spectacular live shows and continues to sell out arenas worldwide. In 2007, their self-titled album Avenged Sevenfold debuted at #1 on the Billboard Alternative, Hard, and Rock Charts and #4 on the Billboard Top 200 album chart. It spawned the singles “Almost Easy,” “Afterlife,” and “Scream” and has sold over a million units worldwide. In 2008, the band captured their magnificent stage show on Live in the LBC & Diamonds in the Rough, a live CD/DVD that has since been certified platinum. Over the years, Avenged Sevenfold has built a fanatical fan base that includes almost 14 million fans on Facebook.

Teaser video for “Hail to the King”. 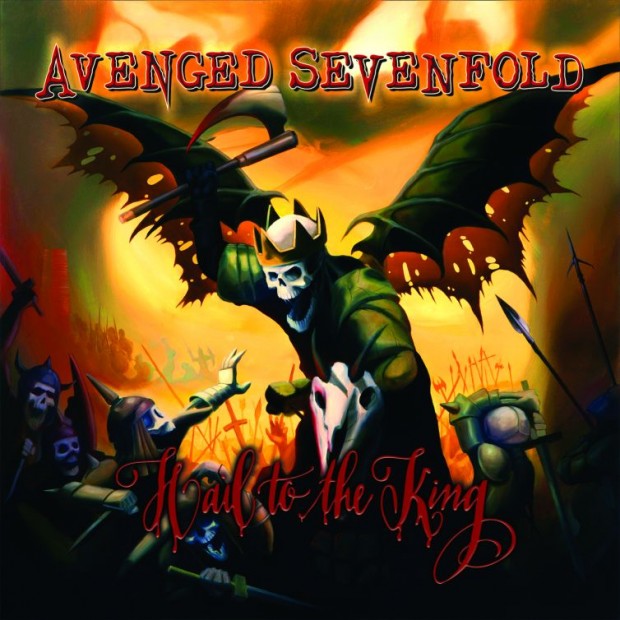