Once upon a time, CKY burned it all down, with a raucous, anarchic, hard rock sound soaked in the skate-punk culture that birthed them and a hard-partying lifestyle onstage and off that decimated relationships and reputations in its wake. 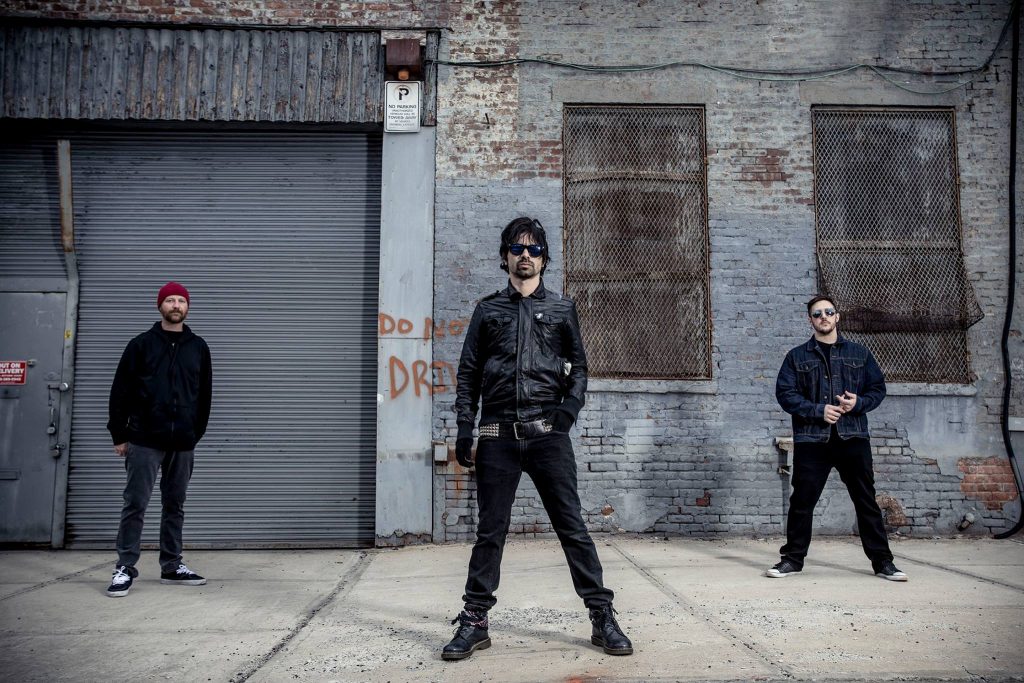 Now, CKY rises from the ashes of the aftermath with The Phoenix, a bold mission statement that hoists the flag high for big, raw, authentic, earth shaking rock n’ roll, liberated from useless pretence.

CKY’s sonic rebirth sounds as incendiary, expansive, and groovy as the Joshua Tree desert where it was made, and as decadent and funky as the strip-club adjacent rehearsal room where the songs were jammed out into submission. Each song is a forceful meditation on what makes CKY so killer.

Chad I Ginsburg, the band’s guitarist and singer, steps into the frontman
role with charisma, charm, and bravado, confidently delivering a diverse performance as he claims a position that was clearly rightfully his to own.

He’s joined in enduring partnership and musical and personal chemistry by fellow CKY co-founder, Jess Margera, the drummer whose extracurricular work in projects like The Company Band (with guys from Clutch and Fireball Ministry) expanded CKY’s horizons as much as Ginsburg’s solo work has as well. The duo returned to their primary project refreshed and reenergized, with bassist Matt Deis (ex-All That Remains), who first joined CKY in 2005.

Guns N’ Roses, Metallica, and Deftones have all personally invited CKY on tour, cementing a legacy as a hard-charging live act. CKY built a worldwide fan base of dedicated acolytes, friends, and supporters, lovingly dubbed the CKY Alliance, with a broader group of musicians, athletes, and other creative types in the CKY family, both literally and figuratively.

“We’re grown adults now with an eagle-eye perspective on who we are, what we do, and how to do it right,” Ginsburg declares, with matter-of-fact certainty. “None of us are out there in the clouds. We’re pretty well-grounded people that have an honest perspective on where we’re at.”

And where they are at is with a career-defining album that reshapes the brightest spots of CKY’s past while charging forward into a bright, self-assured future. “We made sure that we went into the studio with our guns blazing,” Margera says. “This isn’t a bunch of parts thrown together. We focused on the songs. We didn’t ‘have to’ make this album, we wanted to.”

In keeping with CKY tradition, The Phoenix was recorded at the famed Rancho De La Luna studio in California, which has played host to Daniel Lanois, Queens Of The Stone Age, Victoria Williams, Fu Manchu, and Mark Lanegan, among others. The studio was founded by David Catching, touring guitarist for Eagles Of Death Metal (among many credits), and late “desert sound” visionary Fred Drake.

“It’s one thing reading about the vibe at Rancho,” Margera says of the locale where the notoriously cool 1997 collaborative musical collective series known as The Desert Sessions took place. “And then it’s another thing to actually go out there and make an album. You’re like, ‘Ok, I get it.’”

“It’s the centre of something out there,” Ginsburg agrees. “There’s a magnetic pull or something that lands directly in Dave’s backyard. I was just relaxed, waking up in the morning and getting right into the music.”

The goal was to make an authentic, organic, and “real” rock n’ roll record, uncompromising in its dedication to capturing what CKY actually sounds like playing in a room together, experienced at that gut-wrenching level of artistic intensity and swinging groove. As Margera explains: “Listen to a Zeppelin or Pink Floyd song and put that up against the copy/paste albums that are just snapped into a ‘grid,’ or whatever. There’s no comparison.”

The totality of the CKY experience is perhaps best summarized by a quote from enigmatic comic book legend, author, and self-proclaimed magician, Alan Moore. “My experience of life is that it is not divided up into genres; it’s a horrifying, romantic, tragic, comical, science-fiction cowboy detective novel. You know, with a bit of pornography if you’re lucky.”

Margera observes that it was “a perfect storm of events” that led to CKY becoming a pretty popular name. “When it’s happening, you’re not paying attention. But once you get a couple of years under your belt, you realize, ‘Holy shit, man. That was lucky as hell that happened to us!’, ya’ know?”

“We’re feeling rather lucky,” Ginsburg agrees. “We’re not taking things for granted. We’re saturated in gratitude. It’s an incredibly humbled CKY, with a fire to last another twenty years. The point is to go play rock n’ roll and appreciate everybody else who does it, too. It’s a lucky job to have.” 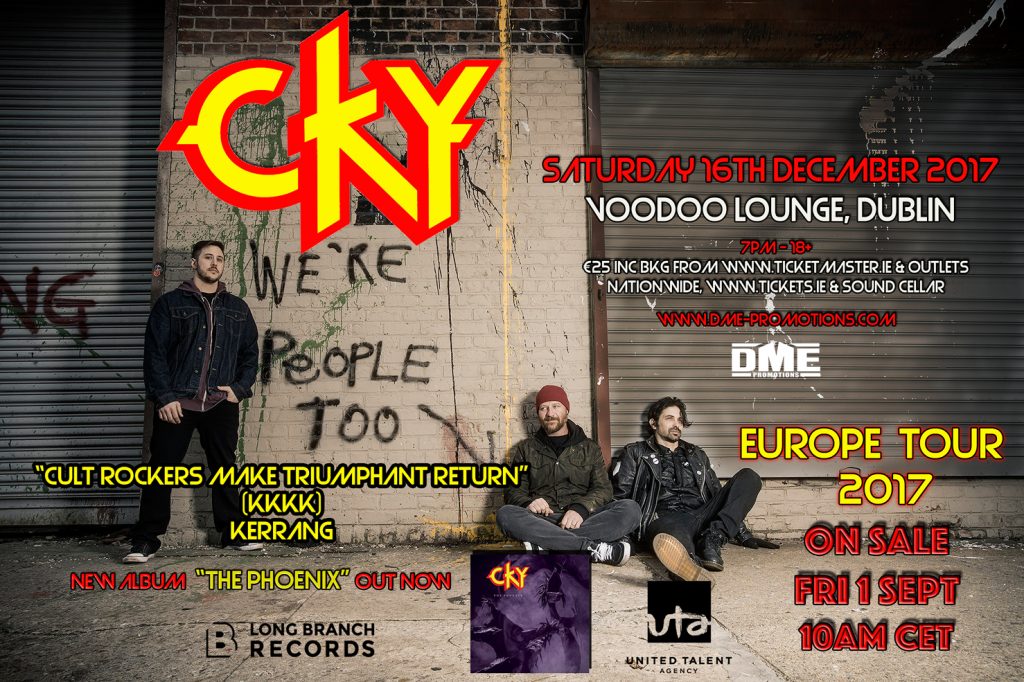