The single is the second in a series of new studio recordings that comprise the newly launched Weathermaker Vault Series following the release of their critically acclaimed album, ‘Book Of Bad Decisions’.

Future tracks will follow as part of the new series throughout the second half of 2019. These songs are bound to become another classic milestone in the band’s stellar career. “Precious & Grace” was mixed by 6X Grammy Award winner and CLUTCH collaborator, Vance Powell (Wolfmother, The Raconteurs, Arctic Monkeys).

A video for the song can be viewed below;

“It should be fairly obvious by now that CLUTCH are huge fans of ZZ Top” states vocalist Neil Fallon. “They’re a band that we grew up listening to – and we still listen to them to this day. ‘Precious & Grace’, from their classic Tres Hombres LP, is easily one of our favourite ZZ Top songs and that’s really the only story behind the choice.”

CLUTCH has curated their own Spotify playlist “Clutch’s Heavy Rotation” at this location.

This Friday, 12th July, CLUTCH embark on an 18-date co-headlining US tour with Killswitch Engage that also includes CLUTCH’s curated Earth Rocker Festival in Inwood, WV. The band return to England in December 2019 for four headline shows, bringing with them Graveyard and Kamchatka as special guests.

CLUTCH‘s Jean-Paul Gaster comments, “We are super excited to have Kamchatka and Graveyard out with us on this year’s European tour. We are massive fans of both bands. Joakim of Graveyard is one of my favourite singers out there today. I look forward to watching him and the band put down some serious grooves. Of course our friends Kamchatka always bring the boogie so get there early and be ready for an evening of good old rock n roll! See you soon! ” 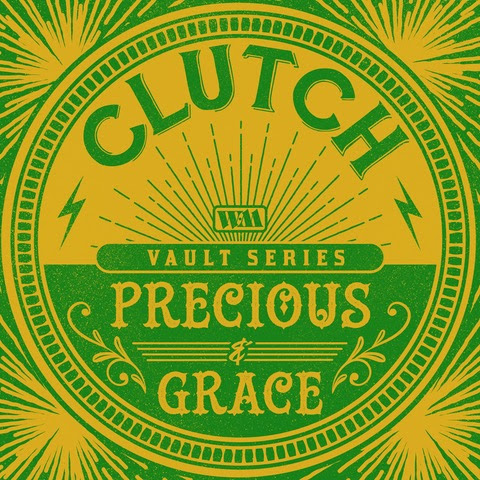