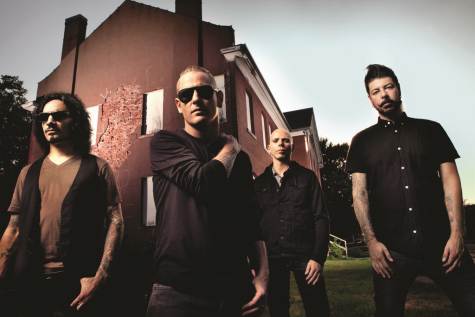 Roadrunner Records conducted an interview with STONE SOUR singer Corey Taylor at this year’s Download festival, which took place June 14-16 at Donington Park in Leicestershire, United Kingdom. You can now watch the chat below.

“House Of Gold & Bones – Part 2”, the second part of STONE SOUR’s two-album series, “House of Gold & Bones”, sold 35,000 copies in the United States in its first week of release to land at position No. 10 on The Billboard 200 chart. The record arrived in stores on April 9 via Roadrunner.

The “House Of Gold & Bones” albums were recorded at Sound Farm Studios just outside of the band’s native Des Moines, Iowa with producer David Bottrill (TOOL, MUSE) at the helm.

STONE SOUR has issued a new music video for “Do Me A Favor”, the first official single from “House Of Gold & Bones – Part 2” which can be seen below. A four-issue comic book series adapted from singer Corey Taylor’s story is being released this spring and summer, with the first issue having arrived on shelves on April 17 and the second one on May 22.