COULD THERE BE A NEW CONVERGE ALBUM COMING SOON? FIND OUT HERE…


Drummer Ben Koller is a man of many bands, sitting behind the kit for Converge, Mutoid Man, All Pigs Must Die, Killer Be Killed and more. 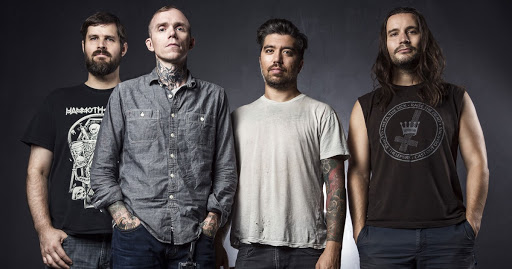 When asked about that, he replied:

“Yea Converge, we have a ton of stuff ready to go. We just need to get in the studio and sort of hash it out. I think right now I’m at the point where I’m just ready to move on and start doing stuff because I’m going crazy here not being able to tour and stuff. So I’m ready to fly back to Massachusetts—safely obviously—and get some stuff done.

So, Converge has stuff, Mutoid Man basically has a whole record ready to go. We just had to get the studio, find the time, but you know it’s a weird time and a lot of weird life stuff going on and yes, it’s, it’s just very strange.