CRADLE OF FILTH CONFIRMED FOR HALLOWEEN NIGHT IN DUBLIN’S ACADEMY


Cradle Of Filth the UK’s most visionary and hellish outfit are pleased to announce that they will be playing two Irish shows this October in Belfast October 3oth and Dublin’s Academy on Haloween night, October 31st. Details below;

DME Promotions have confirmed Cradle of Filth’s return to Ireland with two dates this coming October.

The British extreme metal outfit will be appearing in Belfast’s Limelight on the 30th and Dublin’s Academy on October 31st.

Having been locked away in the studio for most of last year, Cradle of Filth have completed the follow-up to 2015’s ‘Hammer of the Witches’, which marked the band’s eleventh studio album. 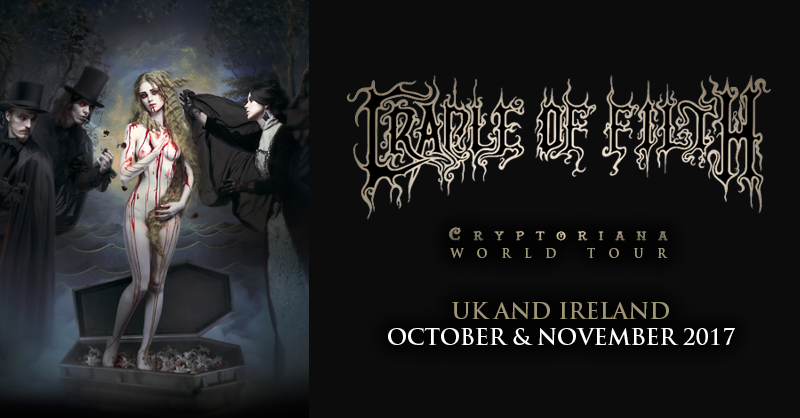 Unquestionably one of the greatest and most influential British metal bands of all time, CRADLE OF FILTH have cast a commanding and macabre shadow across the metal scene for nearly a quarter of a century. Armed with their trademark, cross-pollinated assault, that taps into myriad strands of sonic extremity and morbid opulence, they have steadily conquered the entire world, unleashing a malevolent slew of classic albums along the way.

From the raw and rambunctious savagery of their 1994 debut ‘The Principle Of Evil Made Flesh’ to the wickedly monstrous, technicolour bombast of 2012’s ‘The Manticore & Other Horrors‘, the CRADLE ethos and aesthetic has had a huge impact on the evolution of metal, the band’s insatiable appetite for performing live and frontman Dani Filth’s unerring charisma and sense of occasion ensuring that they have established a powerful and enduring connection with Hell-bound acolytes everywhere 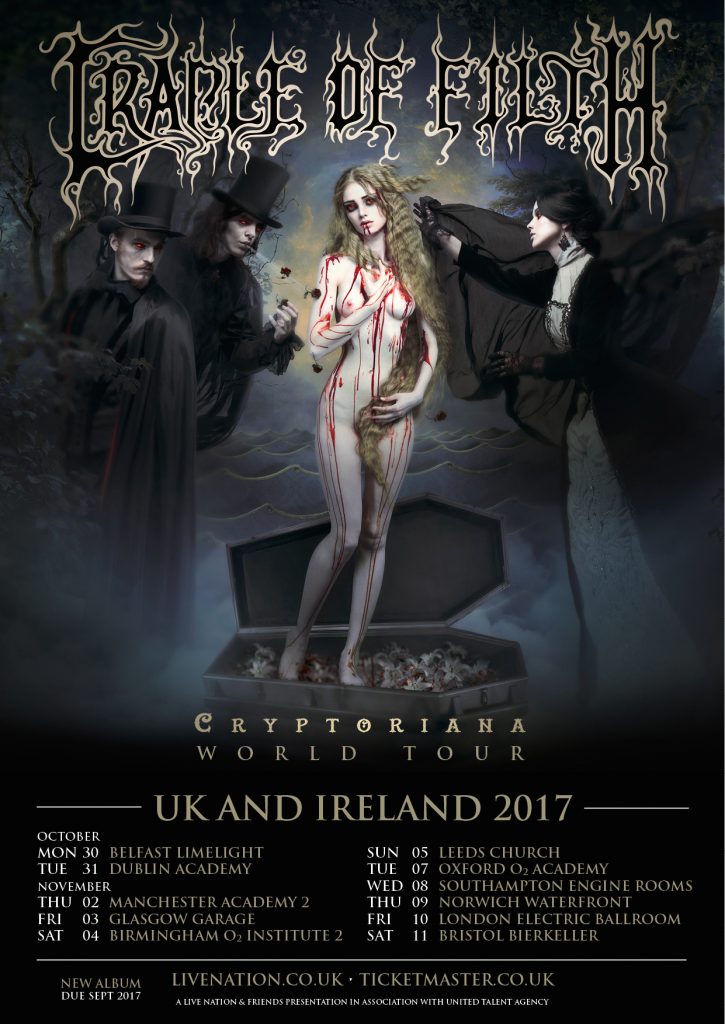