It’s Halloween night and the costumed die-hards are out in force at Dublin’s Academy. Where better than here to celebrate a festival remembered for the ghoulish and ghastly than with UK black metal icons Cradle of Filth? The lights are low and the volume is high for a freakshow extravaganza! Overdrive sent Shaun Martin to investigate what went on at the doorstep of a Hammer Horror Classic. 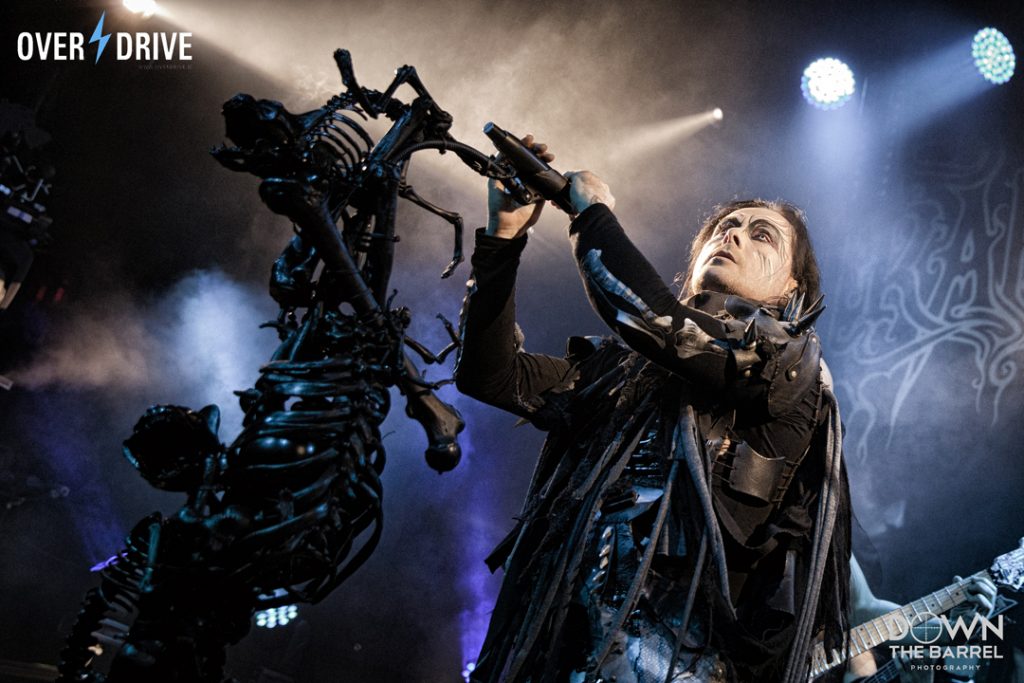 Opening up tonight is UK metal quartet Savage Messiah, who break out onstage promoting their new album ‘Hands of Fate’. Their brash and speedy take on NWOBHM/groove/’90s era Metallica/Megadeth metal fusion is more enough to wake us up after being at the desks all day, but it feels that vocalist/guitarist Dave Silver doesn’t seem to have the voice warmed up at the start which dulls the atmosphere a bit.

It doesn’t take him long to get into gear though. His right-hand man Sam S Junior, sporting a Dimebag model Razorback, is amazing on the lead channel – his accuracy and speed on the lead guitarist section puts him in a league of his own tonight. I look around the room during “Lay Down Your Arms” and the sea of heads are making waves all on their own. It’s a Tuesday, and it’s tough to get a few hundred people bouncing this early. But Silver and Co. don’t let the side down as they push on throughout their setlist with immense professionalism. 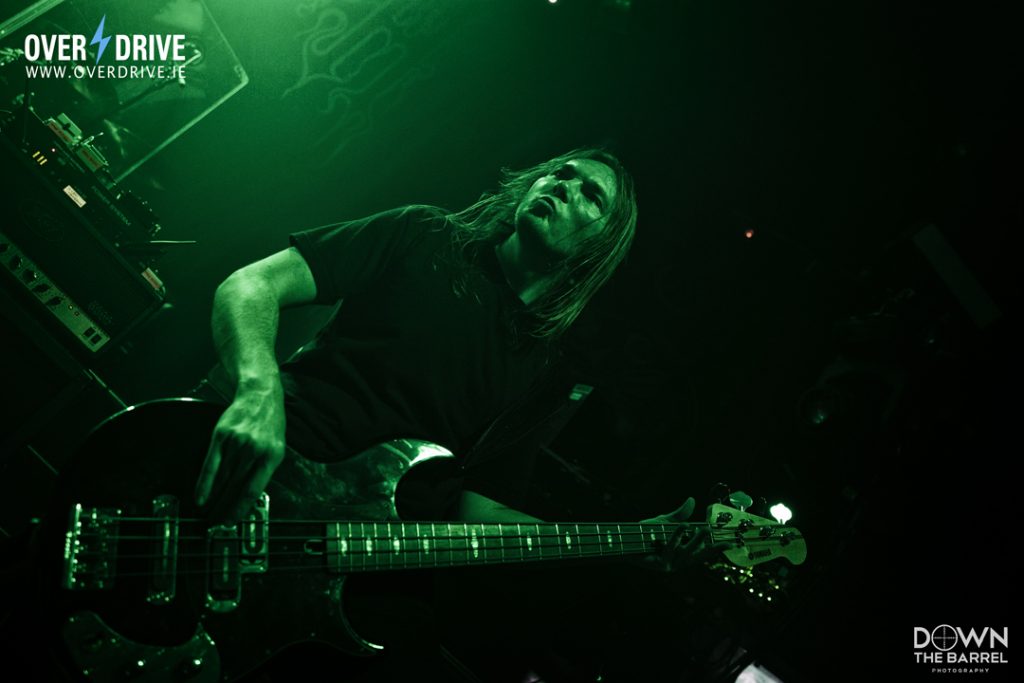 It doesn’t help either that Silver’s guitar cuts out on him completely, and has to go backstage right before the final song. There may have been a bigger delivery here for the end of the show but alas, tech problems prevailed. Savage Messiah may have been mismatched for this particular crowd tonight, but the venue capacity is steadily growing in volume, as they say, their goodbyes and make way for the main event. (2.5/5)

The first thing that I notice (as the roadies get the stage ready), is how bare the stage looks. No amps, no stands, (other than a plexiglass screen in front of the drums). Cradle of Filth are known for their stage theatrics (I’ve seen them use flamethrowers, aerial dancers, angle-grinding acrobatics and stilt-walkers on fire at other gigs, including at Tattoo the Planet at Dublin’s Point Depot (now the 3Arena back), in 2001. 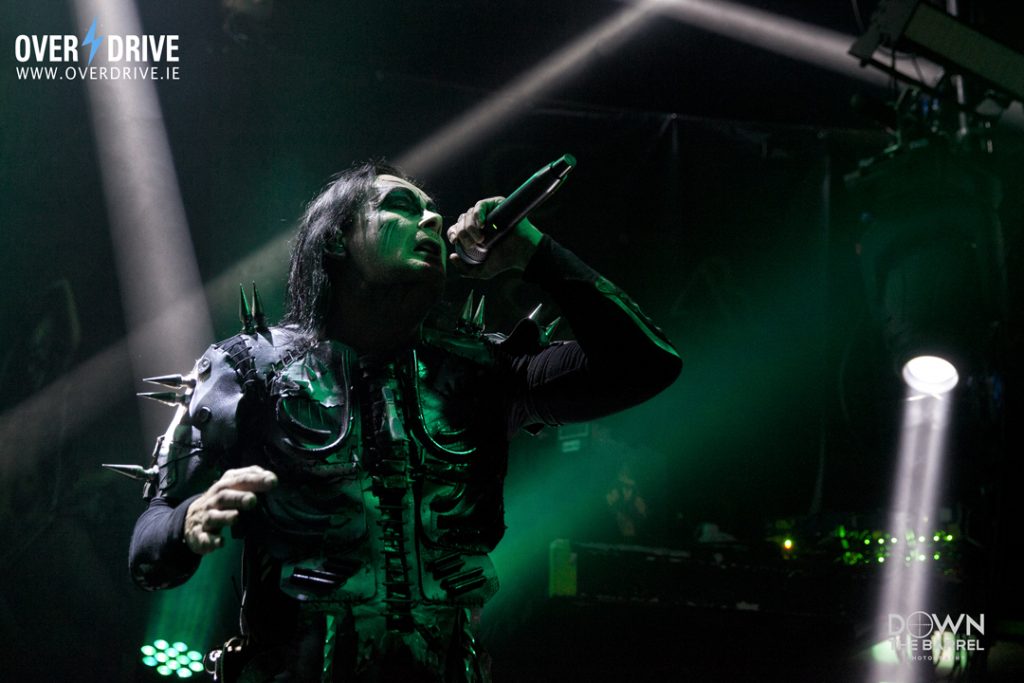 One by one, the group emerges to the chants of ‘Ave Satani’, followed eventually by enigmatic frontman Dani Filth, swarmed in the screams of his minions in the audience. Kicking off with “Gilded Cunt’, and igniting the first crowd action of the night. Filth never stands still for more than a few seconds from the first note to the last, and his piercing shrieks are not just for show – the man has lungs and uses them masterfully. Keyboard player Lindsay Schoolcraft (pictured below) adds her signature haunting operatic backing vocals to Dani’s visceral hell-punching, 100% focused on delivering a knockout show on (apparently), his 11th wedding anniversary, which he later admits to us. I have to be honest – it comes as no surprise that Dani Filth got married on Halloween! 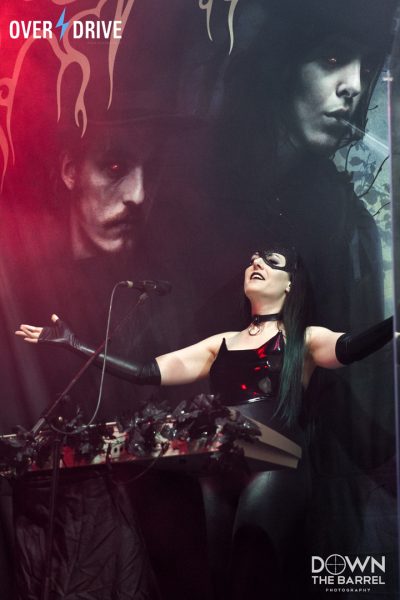 On the drums is longtime ‘skinsman’ Martin Skaroupka, making short work of the tools he has to work with. I’ve heard a lot of CoF over the years, and his drumming is pitch perfect and timing is impeccable. Axemen Richard Shaw and Ashok Šmerda meld together the orchestral harmonised guitar signature sound that CoF are known for. The newer songs come from the ‘Cryptoriana-the Seductiveness of Decay’ album, which they are promoting through this tour, and Dani receives a rather loud roar of applause when they start to play ‘Bathory Aria’, from their smash record, “Cruelty and the Beast”. Dani states that the entire ‘Cruelty and the Beast’ album will be remixed and relaunched after this current tour is over.

Always moving vicariously, Dani’s stage persona takes over, egging on rebellion and blasphemy which of course are his trademark outbursts (CoF are no strangers to controversy when it comes to organized religion). On the one-hour mark, the stage show is cut in half, which bemuses many of the attending fans. There have only been a few hit tracks played, and it’s far too early to call it a night just yet. But always the performers, CoF reappear and really go for the jugular with 5 encores of their biggest and best songs from their 26-year history. 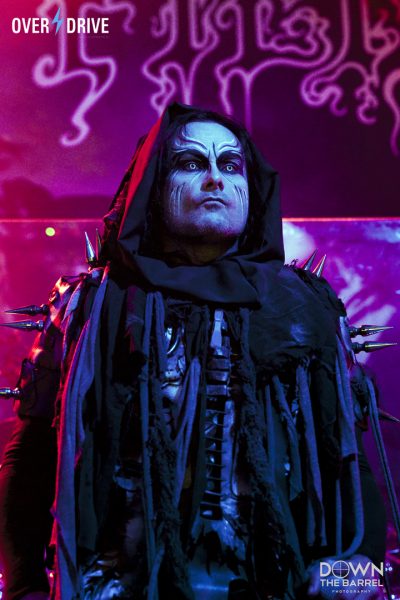 All of the bravado has led to this one short point in time as the band stand tall and do what they do best; play black metal. ‘Nymphetamine (Fix)’ causes a lot of commotion and the immortal ‘Her Ghost in the Fog’ has the packed venue singing at full volume at the top of everyone’s lungs. Dani thanks everyone for coming and encourages more debauchery and evil-doing before finishing off with ‘Born in a Burial Gown’.

Cradle of Filth leave with another of their orchestrated outros as they are accustomed to, and it takes a while before everyone actually realizes that yes; the show is in fact, over this time.

But, its Halloween night in Ireland, folks. The real show is only beginning (4/5)

Intro: (A Bruise Upon the Silent Moon)