CRIMINAL – “I would say that early 2018 will see us getting into the writing mode for a new CRIMINAL album”. Anton Reisenegger


CRIMINAL are no strangers to the ups and downs of the music business. From their humble beginnings in the budding South American metal scene of the early 90s to performing as direct support to Metallica in front of 55,000 fans in their hometown of Santiago de Chile, they have pretty much seen it all. Get stuck in…. 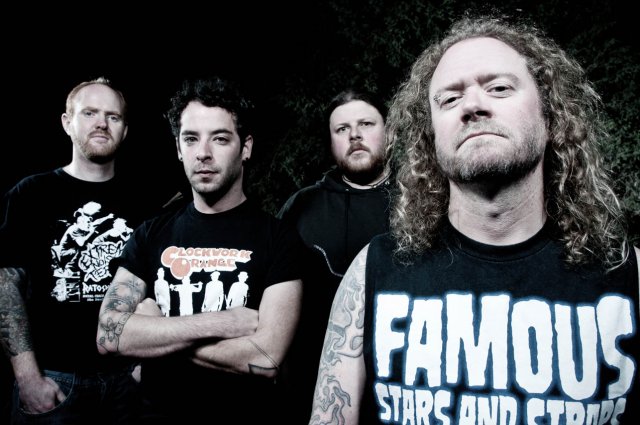 Overdrive caught up with vocalist/guitarist Anton Reisenegger to discuss his many projects including Pentagramme (Chile), Burjeria and Criminal.

OD – There are not many bands that can sustain themselves for as long as you guys so, when you look at everything that you’ve been through right up to playing at this year’s Bloodstock Festival (second time) do you feel grateful for the bands longevity, as it can be a difficult business to be in these days?

ANTON – Absolutely! That in itself is a reward. Being able to say that we have been around for that long and know that we have had a great deal of support from people over the years is heart-warming, to say the least. The other side of it for me is making an impact or a small difference in the heavy music scene is a huge accolade.

Just knowing that there are people out there that are listening to our music is such a wonderful feeling and it’s really hard to top that.

OD – You played at Bloodstock for the second time this Summer. When you look at the model of playing festivals do you find that the festival environment is a very special experience for you and especially for punters who would not normally get the opportunity to see you live or know about the band?

ANTON –  I love it because there are so many people that may never get the chance to see us live or may have never heard of us and they get a chance to discover who we are and see us on the stage. That’s really what this is all about. Discovering new music and finding out about different bands and where they are from, which in turn might open up a door to a huge number of other bands.

For us, it’s really important for us to keep making new music and gaining new fans. I also have to say that out of all the festivals Bloodstock, in particular, is so familiar and friendly. This year festival was sold out and I’m not surprised! It’s such a great event for metal fans everywhere. The fact that is was sold out this year is really fantastic as it gives the promoters the opportunity to explore options to make it even better. There’s just such a great relaxed and positive atmosphere at Bloodstock. 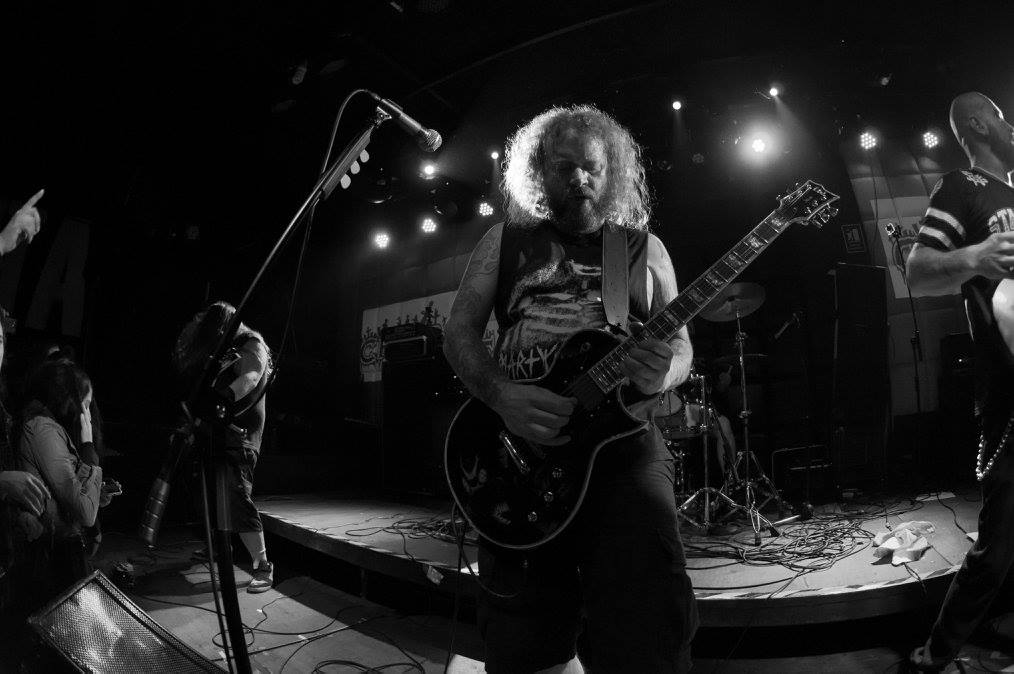 OD – ‘Fear Itself’ has generated some really impressive reviews from around the world and in my opinion, represents a perfect example of who CRIMINAL are as a band. There is a very eclectic mix of heavy genres all mixed up and refined by each of you. Do you approach the writing with that in mind or does this multi-genre mix just happen when you all get together?

ANTON – Yeah, we don’t really plan anything, to be honest. We don’t calculate what we want the album to sound like. When we get together we are all just very confident in our individual styles and as each member in the band likes very different aspects of, not only heavy music but all kinds of music, it sort of just rises to the top when we are writing and becomes our own unique sound. 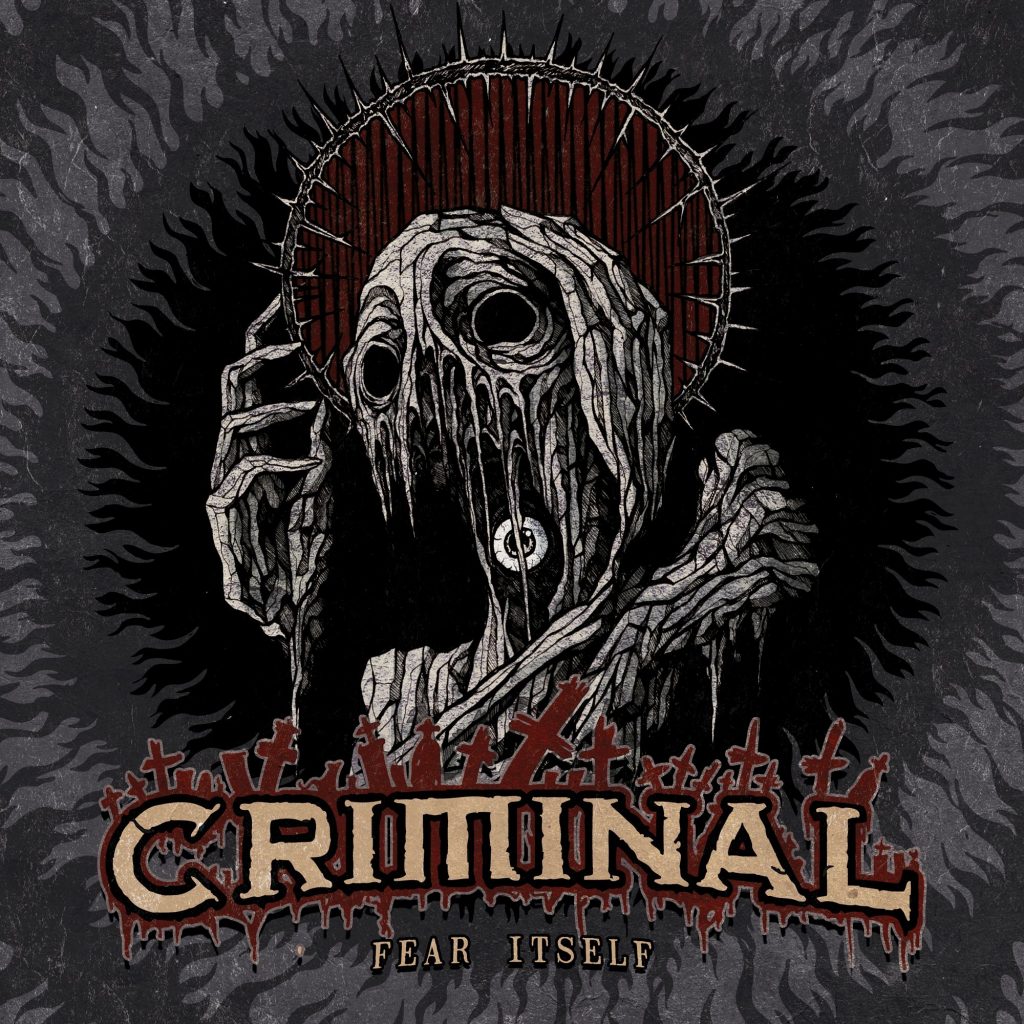 There are elements of thrash, hardcore, death metal and even some tech-metal stuff in there that just all seem to work together for who we are as a band. The line-up is just packed with amazing musicians. Sergio (Klein, lead guitars), Zac (O’Neil, drums) and Dan (Biggin, bass) don’t really like to the ‘rock star’ thing and show off (laughs) but they are exquisite musicians and I’m beyond lucky to be playing alongside them.

So, all of that mixed together really just fuses and binds together to make a unique sound that is CRIMINAL.

OD – With you personally, are you the type of person that is just writing all of the time. I’m aware that you have many projects (Pentagram, Lock-Up, Brujeria) and are a very busy guy. How do you control your work method with so many obligations concerning each of the projects?

ANTON – Well, I have to admit, CRIMINAL has been left on the back burner for a while as I’ve joined Brujeria and we have been very busy lately. I was just talking to one of the other guys in the band and we figured out that we have played over one hundred shows in just under a year, so you can imagine how hectic things have been.

Obviously, it doesn’t leave a whole lot of time to work on any other projects but I’m sure we are coming to the end of the touring cycle for the last Brugeria album, ‘Pocho Aztlan‘ (2016) and that will give us time to work on CRIMINAL. 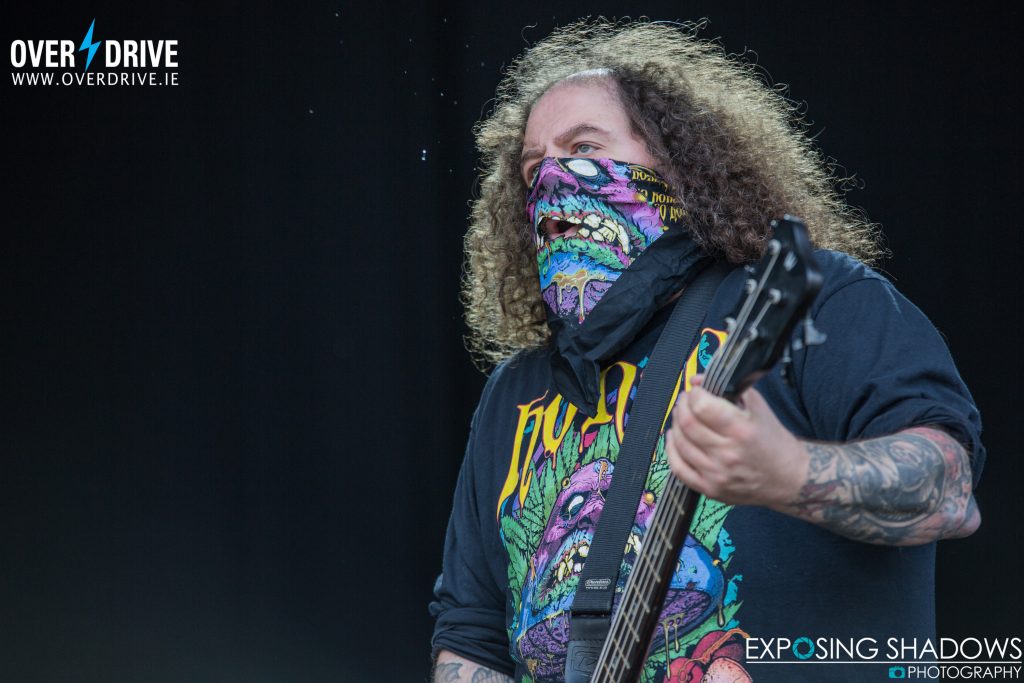 I would say that early 2018 will see us getting into the writing mode for a new CRIMINAL album. October/November/December is a very busy time for me as Brujeria has a South American tour with CRIMINAL, so that’s going to be just insanely busy for me.

OD – For most band members they live for the live show and it’s the reason why they got into a band in the first place. Now that you find yourself in the situation of pulling double duties for both CRIMINAL and Brujeria on this tour, that must make you a happy man as you get to do it twice each night of the tour.

ANTON – I know right? Lucky me! (laughing) It gets a bit tiring at times but I really love the different avenues of expression through the music. I also am still working with my first band Pentagram. We’re still doing things on and off when we have time. 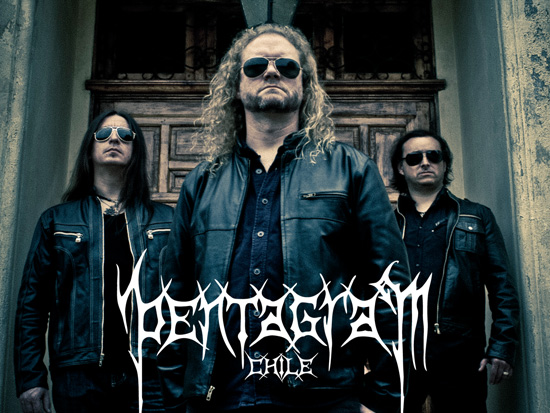 ANTON – Yeah, the other guys have some stuff going on and when we can all get together, we seem to get a lot done. We are actually planning to release a new EP with some older material and some covers that we recorded over the years during some sessions for radio stations etc.

OD – Can you divulge as to what covers you recorded?

ANTON – It’s kind of a secret (laughing)! I’m not really supposed to say anything but I guess I can let you know a little (laughing). We recorded ‘Evil Dead‘ by Death and another track that’s going to be a big surprise as it’s a song by a Chilean folk artist which has nothing to do with metal at all! So, we took this particular track and turned it into our own death metal version.

OD – There have been so many sub-genres that have come and gone over the years within metal and almost always the popularity comes back to the founding bands that helped to develop the corners and curves of the genre. Why do you think that is?

ANTON – For me, I really enjoy the amount of variety that is available to music lovers now. The fact that there seems to be a sub-genre for everybody is kind of a cool thing. Whether you like the guardians of the ‘old-school’ who keep the pathways clear for younger fans to enjoy a more classic sound, drenched in history to the newer bands, some of which I really like, such as Gojira.

It’s interesting to take metal and bring it somewhere else as it would just stagnate and die and ultimately disappear. So, we should be grateful that there is an abundance of choice to keep peoples interest in the genre as a whole.

OD – Speaking of keeping people interested in metal, It’s common knowledge that South American metal fans are some of the most intense and passionate fans in the world. Would you agree with that statement?

ANTON – Yeah, they are pretty crazy (laughs). Those people are very hot blooded. Everything they do is done in a very intense way. It’s like the football matches also, they go fucking nuts for that stuff. You can see them with flares, climbing up on the fences, just losing their fucking minds! It’s amazing!

You have to understand that during the 80’s/90’s and early 00’s there were not many bands that would tour in South America, so the fans were starved of the opportunity of the live shows but now things are changing. I fear that they might become a little spoilt with a number of bands that are touring (laughing). I’m worried that the novelty might wear off but I’m sure the spirit will prevail.

OD – So, seeing as you have so many projects on the go, can you give us a breakdown of what’s happening and when?

ANTON – Sure (laughing)! Well, September was all about the EP with Pentagram, then next year we will start writing the new CRIMINAL album and I’m also working on the new Brujeria album also which I hope both will be hopefully finished and release in 2018. And finally, Lock-up’s new album which was recorded a while ago will be ready for a release in 2018, so keep a lookout for that one also! 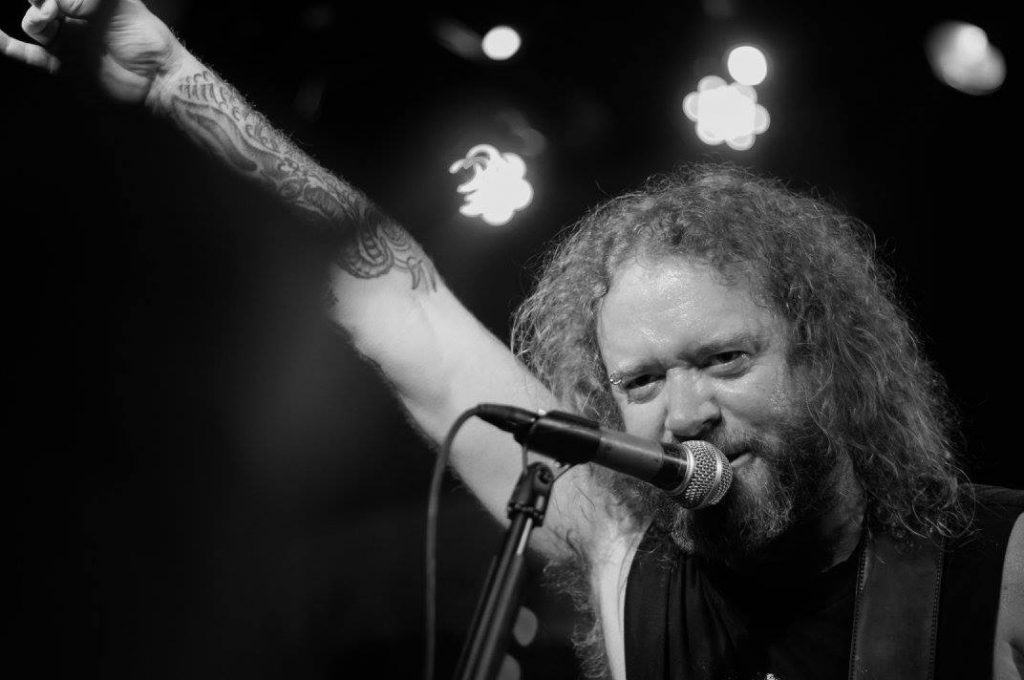