Fresh from their blistering performance at Bloodstock Festival last weekend, SEETHING AKIRA focuses on the release of their new album ‘Dysfunctional Wonderland’ on 3rd September, out on FiXT. 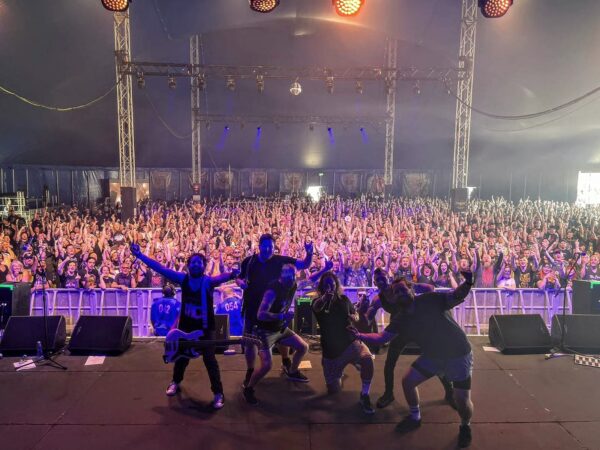 Following their stunning high-energy show at Bloodstock Festival, which generated a serious buzz amongst the metal scene – getting picked up by BBC news, and being given the BOA photographers band of the day, SEETHING AKIRA will release their new album ‘Dysfunctional Wonderland’ on 3rd September on FiXT.

Together with the voices of Kit DConrad and Charlie Bowes, SEETHING AKIRA have been tearing venues apart with their incredible, high energy live performance since 2012.

With UK and EU tours under their belts, the band have put their stamp on festivals such as Victorious, Bloodstock, Camden Rocks, Techfest and Festival De Musique (Belgium) amongst others.

Having remixed for electronic crossover legends such as Pig & Empiron and worked with ex-Prodigy Jim Davies, SEETHING AKIRA are set to become the future curators of Crossover music

Seething Akira is also releasing the band’s upcoming full-length album Dysfunctional Wonderland with FiXT on 3rd September. Commenting on the deal, the band had this to say: “We’re extremely excited to reintroduce Sleepy Skeletor to the masses, but this time with the power of FiXT behind us! Tracks from this album has taken us from major UK festivals to European tours, so we’re excited to present these classic tracks to as many ears as possible!”

Pre-orders for ‘Dysfunctional Wonderland‘ are now live via this link.

Overdrive caught up with some of the guys at Bloodstock this past weekend where they told us about their set at Bloodstock as well as their plans for touring and much more. Watch the interview below: