One of the heaviest bills to pass through Ireland in recent years. The mighty CROWBAR made their return to Ireland’s shores for two exclusive shows in Dublin and Belfast. Overdrive was front and centre for Dublin’s offering. 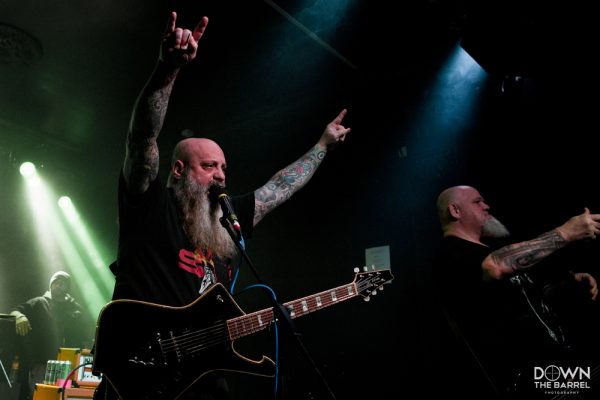 As the riffs come tumbling off the stage into a sea of bearded doom junkies, there is no question that tonight is gonna be one for the books.

Prior to Galway four-piece, Ten Ton Slug taking to the stage, a refreshing capacity of punters have infested the newly refurbished Voodoo Lounge venue awaiting an evening of sludge/doom goodness and to be honest, 2016’s Bloodstock Metal 2 The Masses champions, Ten Ton Slug are no better band to kick off tonight’s proceedings. 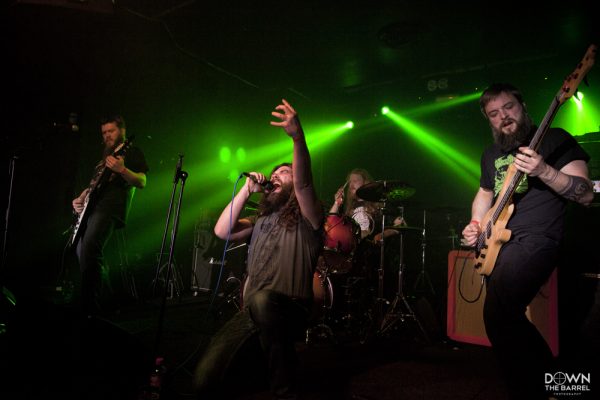 Having witnessed Ten Ton Slug many times, tonight’s performance was something else altogether. A tour de force explodes from the stage, as brothers Sean (guitars) and Michael Sullivan (drums), bassist Eoghan Wynne and vocalist Ronan O ‘hArrachtain, rip the venue to pieces with a sensational thunder-blast of glorious doom-rinsed riffs which includes the brilliant new track ‘Matriarch of Slime‘.

There is no secret why TTS have been winning over legions of fans – not only in Ireland but also in the UK, as they have a knack for producing some of the most infectious skull-crushing riffs, marinated in lashings of groove, delivered with a relaxing intensity that swallows the listener much like a mudslide swallows its environment. 4.6/5

Next up is Two Tales of Woe, who – judging by their focus on stage, are about to set the now packed Voodoo Lounge to stun with their undeniably blistering brand of self-titled ‘sloom’ (doom & sludge hybrid). Kicking off with last year’s single ‘Burning Lands‘, Two Tales of Woe sound truly immense. With a long history in the Irish Metal scene, this last year has been a very important one for the Dublin-based four-piece and the most prominent in their highly respected legacy.

Tonight they prove just why they are the band that everybody is talking about. Bassist Christian de Brabandere could very well strip the bark of a small forest with his low-end tone, all the while guitarist Dan Walsh smothers the punters, who occupy the front of the stage, with a combo of chunky riffs and solos dripping with swagger. 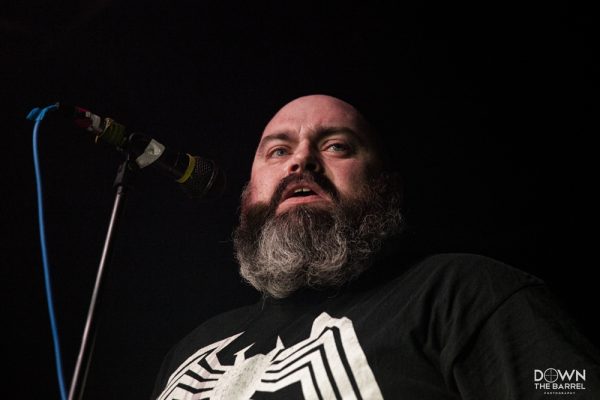 With the audience in the palm of their hands, TTOW uses every drop of their set to demonstrate the power they are capable of unleashing. Drummer Kelvin Doran releases his inner ‘Brann Dailor‘ to the best of his ability, bringing a sense of ‘Masta-doom’ (see what I did there) to tonight’s proceedings.

One of the most striking elements of TTOW has to be vocalist ‘Carl King’ whose vocal register fits the Woe landscape so utterly perfectly. New track ‘The Devils Mark‘ shows promise for the highly anticipated follows up to 2009’s ‘A Conversation With Death‘ in the not too distant future. Finishing with ‘City of Doom‘, Two Tales of Woe can do no wrong here tonight and finish up with a deafening response from the thronged venue. 4.6/5 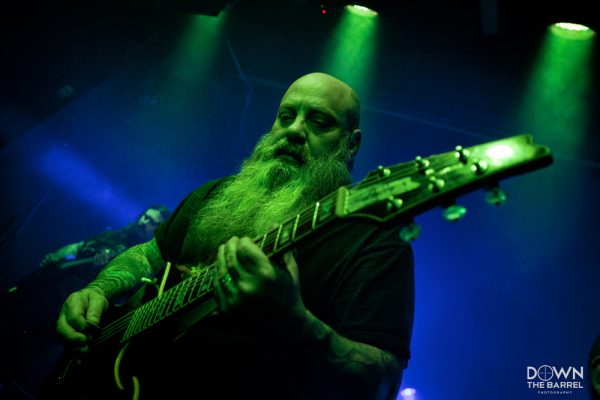 With a spectacular display of Irish metal on show here tonight, our focus now turns to this evening’s headliners. Crowbar’s return to Ireland has been welcomed with open arms from a near sold out audience, as a rabid army of beer and beards, takes up residence at the lip of the stage. The New Orlean’s four-piece launch into ‘High Rate Extinction’ and the first thing that is apparent is just how gloriously heavy and clear tonight’s sound is. With the perfect balance of heavy is mixed with a spacious vocal landscape courtesy of Kirk Windstein’s impressive lung capacity.

Continuing with ‘Conquering‘ and ‘All I had (I Gave)‘ the temperature hikes up to sweltering as the Voodoo laps up every last drop that Crowbar has to offer. A brief few words from Windstein informs us that guitarist Matt Brunson is feeling desperately ill, however, is pushing on through to bring the heavy to his Irish friends. Impressive indeed as the band sound truly breathtaking. 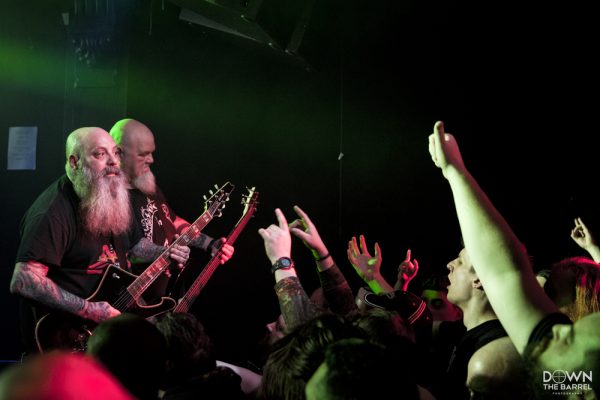 Windstein commands the show with relentless offerings from Crowbar’s back catalogue, pulling out gems such as the fast-paced brutality of 2011’s ‘The Cemetery Angels‘ alongside the magnificent ‘Planets Collide‘ before going right back to ‘Like Broken Glass‘ from their self-titled 96’ release (feeling old yet?) much to the delight of the venue’s capacity.

A masterclass of brutality for all in attendance. Crowbar bid their farewell and disappear into the bowels of the venue to a deafening backdrop of approval from the Irish doom army. Let’s hope we get another lesson from the New Orlean’s legends in the not too distant future. 4.5/5