Glenn Danzig has announced a debut date for his new movie, ‘Verotika’.

The film debuts June 13 at the Cinepocalypse film festival at the Music Box theatre in Chicago. The film is described as a horror anthology.

The cast is: Ashley Wisdom as “Dajette” in a segment called “The Albino Spider of Dajette”; Rachel Alig in “Change of Face”; Alice Haig as “Drukija” in “Drukija Contessa of Blood”; Kayden Kross as “Morella”; Scotch Hopkins as the “Albino Spider of Dajette”; Sean Kanan as “Sgt. Anders” in “Change of Face”; and Natalia Borowsky as “Sheska” in “Drukija Contessa of Blood”.

The legendary Misfits rocker Glenn Danzig wrote, directed, and composed the music for the feature film which is based on his series of Verotik comic books.

The movie, titled Verotika, is an anthology that compiles stories from Danzig’s line of comic books, which focuses on mature horror content that’s often sexual and violent in nature, usually featuring scantily-clad female protagonists. The film, which marks Danzig’s directorial debut, will open the Cinepocalypse festival, running June 13th-20th at Chicago’s Music Box Theatre. Even more enticing, Danzig himself will be at the premiere.

Regarding the film, the Cinepocalypse website offered the following statement and description:

“CFF 2019 couldn’t be more excited to introduce you to Verotika, the directorial debut from Misfits founder and punk/metal legend Glenn Danzig. Glenn’s passion for film, the occult, and all things ghouls ‘n ghosts has long influenced his music, and now he’s taking these elements to the big screen. 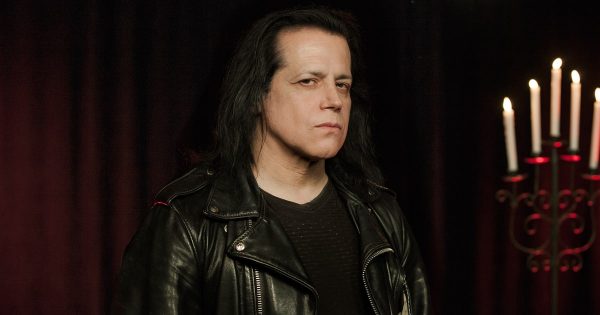