It’s a Saturday night in Ireland’s capital and The Darkness are in town! With a boat-load of feel-good riffs, 70’s inspired stage gear and a sold-out audience waiting patiently for a night of ball-tugging vocals, there is nowhere else you should be! Get ready for a feel-good injection of smokin’ hot rock n’ roll! 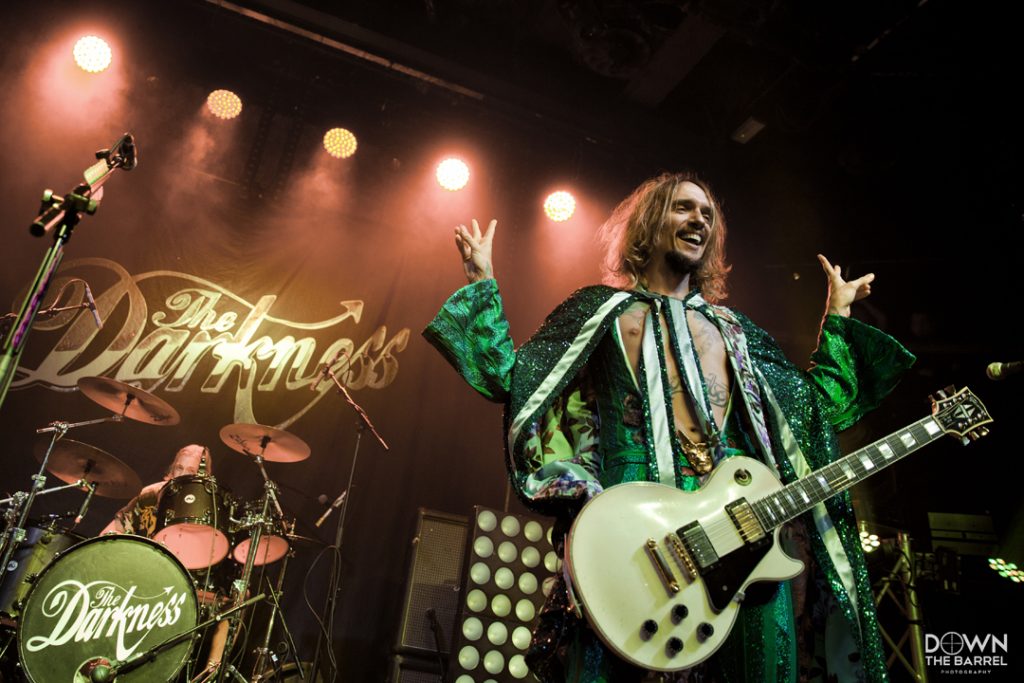 Dublin’s Academy is jammed-packed with happy punters who fill the air with excited banter ahead of tonight’s performance from UK hard-rockers The Darkness.

Opening the show at the tonight are Co. Cork alt-rock band MINDRIOTmt. Things start off pretty quietly but they soon get the crowd on side, thanks in no small part to the chat from personable lead singer Tony Gorry. He gets a bit of banter going telling the crowd he saw The Darkness the previous night and he didn’t even have to pay.  “Fuck you,” fires back a laughing voice from the floor.  Tony does a good job of encouraging a bit of crowd participation as well, from an audience largely unaware of them before the gig.  “The Darkness told us if you don’t sing we don’t get paid.” 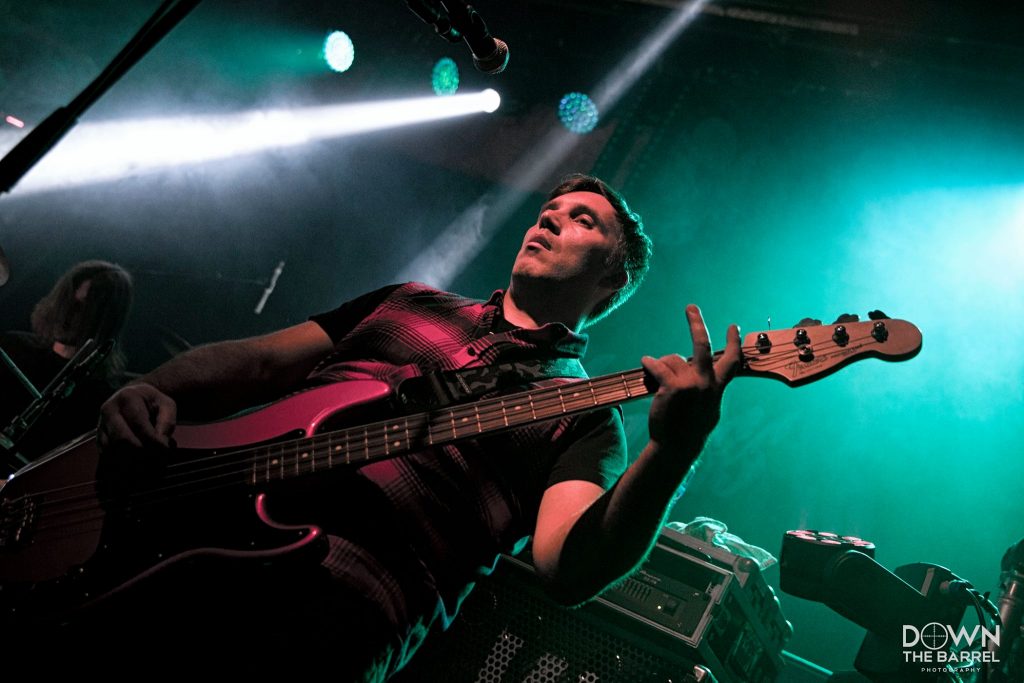 MINDRIOTmt have been together for twenty-five years and there are two ways of looking at what they do. You can either say, lads, if you haven’t made it by now maybe you should call it a day, or you can see things the way they do, which is to say they aren’t famous and they don’t make any money but they love it, so they carry on.

Their sound is definitely drawn from the nineties and laced with influences including Therapy?, Something Happens, Smashing Pumpkins and Feeder. Highlights of their set included Boys of the Tomahawks, Alibi and latest single Speak, proceeds of which the band are donating to mental health charities. (3/5) 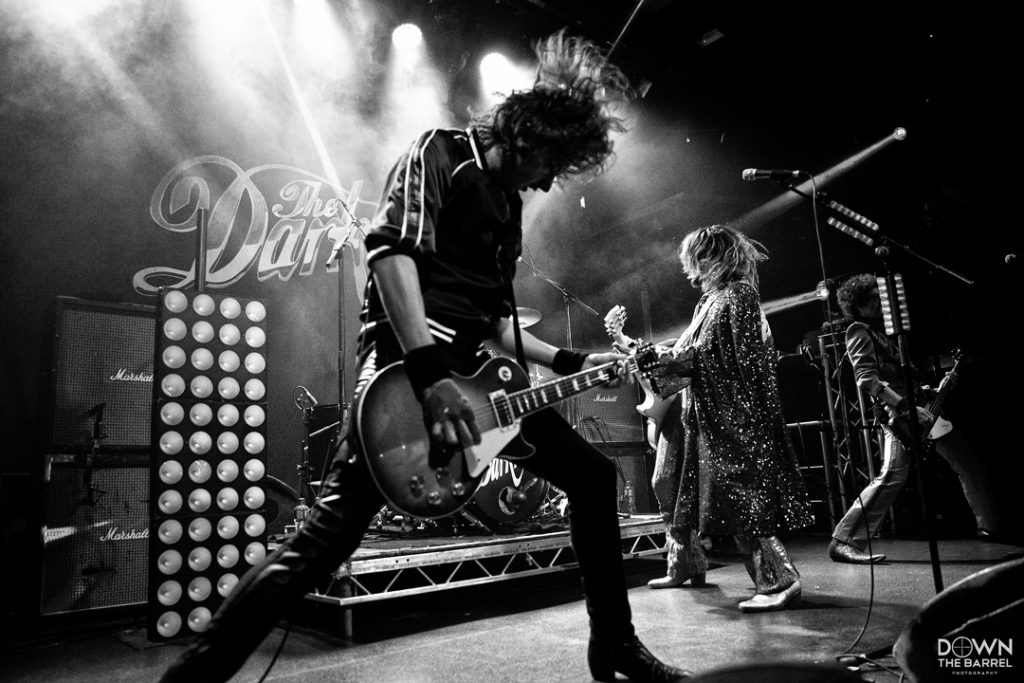 Back in 2003, I was at home when my brother ran in with a CD in his hand.  “Listen to this, you’ve never heard anything like it!”  The single he put on didn’t seem to be anything too out of the ordinary until it got to the chorus and the most unlikely falsetto suddenly made my eyebrows disappear into my fringe. Obviously, that was I Believe in a Thing Called Love and my introduction to The Darkness. I’m slightly embarrassed that it’s taken me fourteen years to finally catch them live. As they make their way on stage and I see Justin Hawkins has made a bit of an effort in a sequinned jumpsuit and cape, my eyebrows are immediately heading north once again.

The sold-out crowd are in full on party mode as the band start with Open Fire and the Academy is absolutely hopping. The singalong starts properly with Love is Only a Feeling.  It’s really clear from the start that The Darkness are on great form, Justin looks delighted with everything. Their influences become more and more clear as the gig progresses until I’m convinced they are in fact the bastard sons of Queen and Thin Lizzy.  And before the comments start, yes, I am aware that one of them is, in fact, an actual son of Queen. 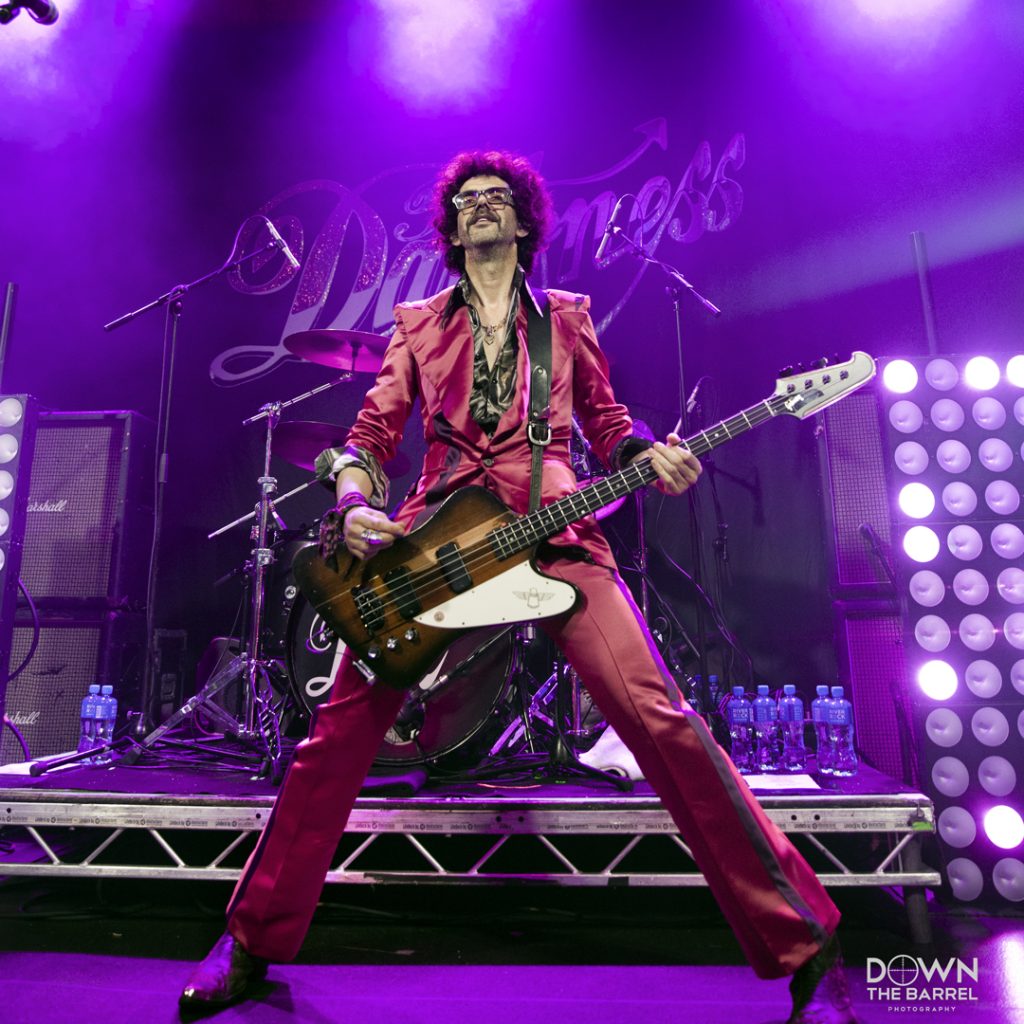 There are so many brilliant comedy moments throughout the show; as Justin goes off on tangents we’re treated variously to a snippet of Wanted Dead or Alive by Bon Jovi, which segues into Back for Good by Take That. The crowd picks up on this straight away and joins in enthusiastically and for a verse or two, I’m back in the Glasgow SECC in 1994 singing along to the real thing.

He’s a born frontman, at times bouncing around the stage with his guitar, then playing keyboard, then doing a headstand on the drum riser and using his legs to clap along to Get Your Hands off My Woman. By the end of the show he’s doing a front crawl and a backstroke across the crowd and all the way back to the stage again. 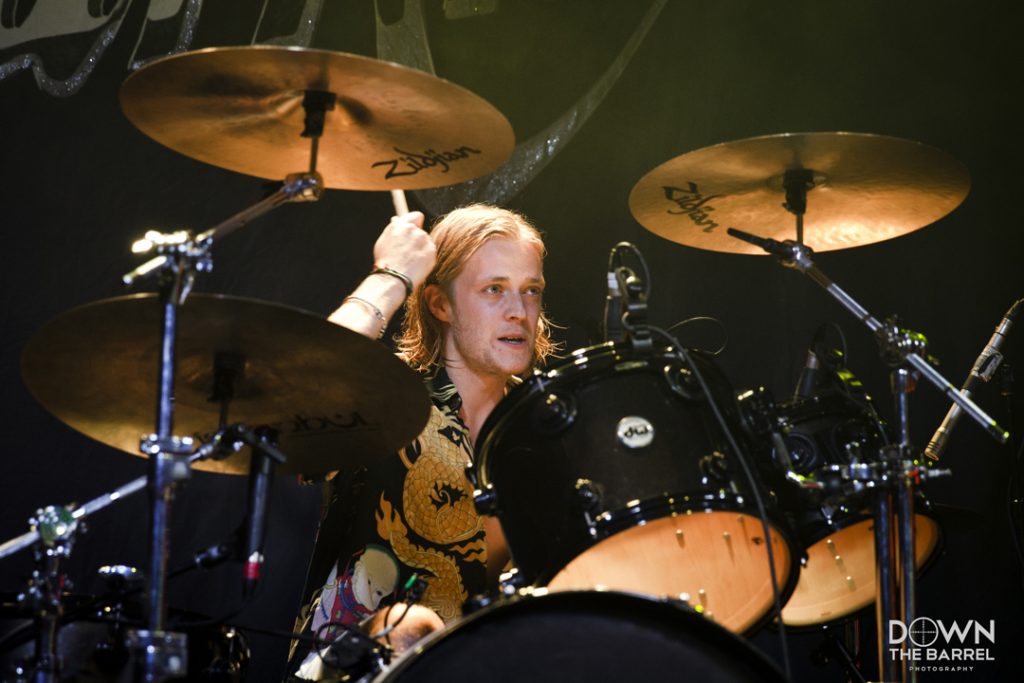 All credit to Dan, Frankie and Rufus who do a stellar job of winging it when Justin goes off on one. One Way Ticket brings a moment of fun when Frankie can’t start his cowbell intro due to a chant of ‘cow-bell, cow-bell,” ringing across the venue. When he finally does get started he’s only a couple of hits in when he breaks his drumstick, sending it flying into the crowd. Justin quips that it’s a disaster as they only have three sticks for the whole tour. 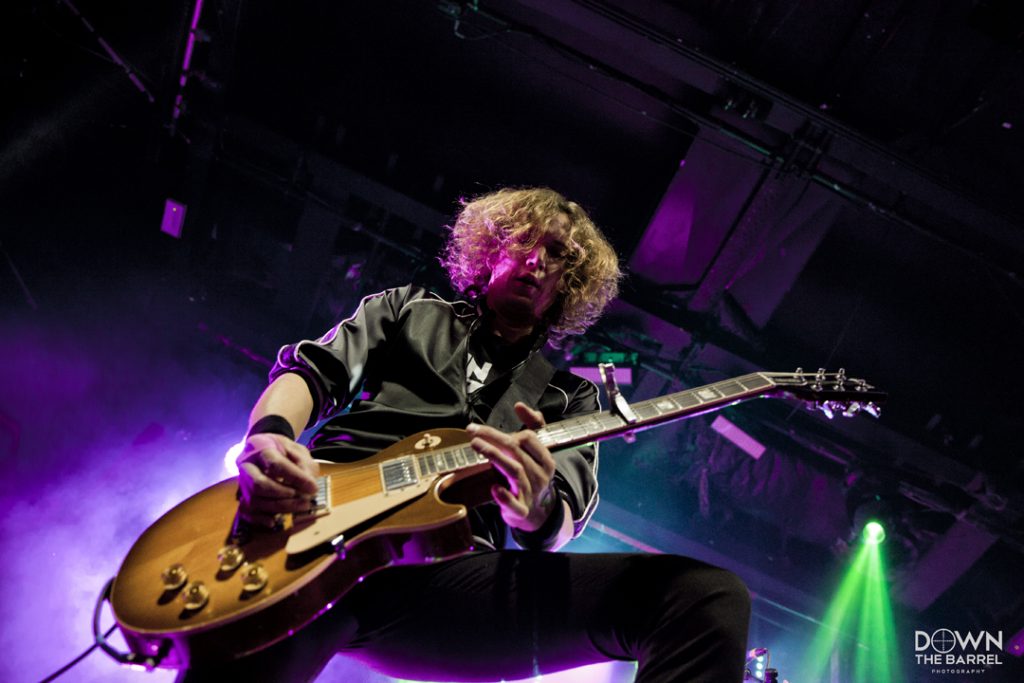 Don’t think for a minute though that the comedy is disguising the fact they aren’t very good, this is a  brilliant show by a band on top of their game.  From Black Shuck through Barbarian, and from Friday Night to Solid Gold it was non stop entertainment, but also a masterclass in originality and performance.  While Justin is very much the focal point the rest of the band is just as important.  Frankie and Dan, in a raspberry suit and Thin Lizzy jacket respectively, are on fire and Rufus’ drumming throughout is on point. His vocal is also in perfect harmony with Justin on Why Don’t the Beautiful Cry?

After a few moments break the band come back for a two-song encore, starting with Japanese Prisoner of Love and finishing with the song that started it all.  A raucous singalong with I Believe in a Thing Called Love closed out a brilliant show and one that surprised me. I was expecting good, I got great. I was never lucky enough to see either Phil Lynott or Freddie Mercury live, but in The Darkness I may just have come as close as I can get. Thumbs up. (4.5/5)

Photo Gallery –  © Down The Barrel Photography 2017