THE DARKNESS RETURN TO IRELAND FOR THREE SHOWS!


The Darkness are back! UK rockers The Darkness will be taking to the stage in Dublin’s Academy on Saturday, 14th October for one night as well as planned shows in Limerick on Friday 13th, and Belfast 15th. 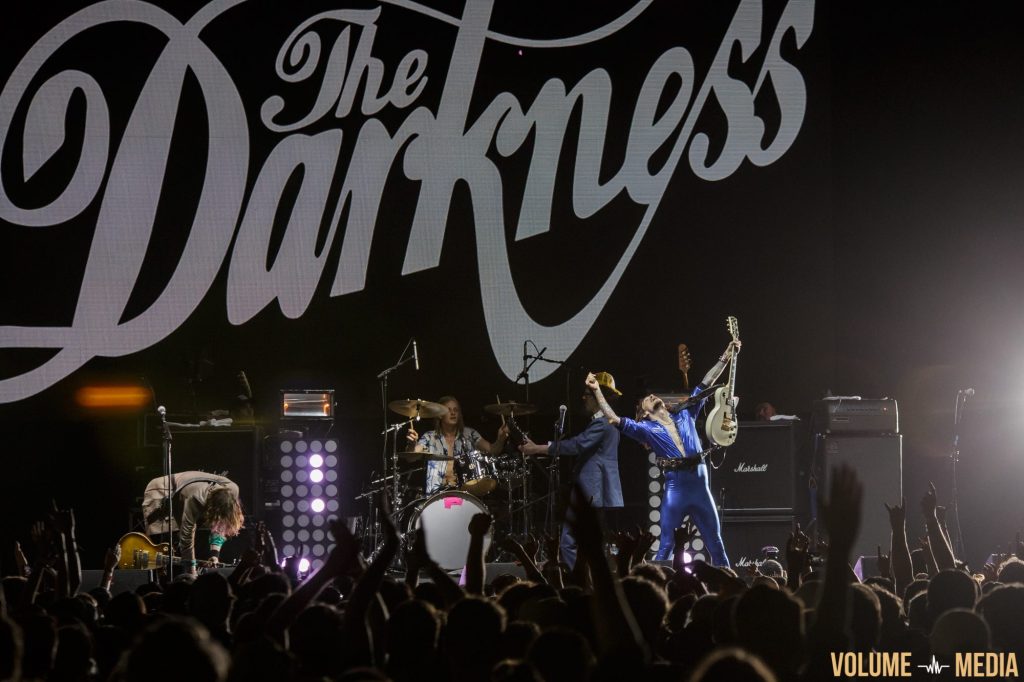 U.K. retro-rock band The Darkness have been confirmed for one performance in Dublin’s Academy on Saturday, October 14th which will be approximately one month after the scheduled release of their highly anticipated new album, which is set for a September 2017 release.

Tickets for The Darkness go on sale TODAY (Monday, May 22nd) and are priced €30.00 (inc booking fee) from Ticketmaster outlets and Sound Celler.

The band’s extravert vocalist/guitarist Justin Hawkin commented on the new album: “Brooding, magnificent. Like the mighty mother condor, sitting atop her rock egg in a nest of curly hair on the side of a powerful mountain,” in the official press release. “That is what they say, and they are right.”

“Now, as we all know, great news comes in twos – so rejoice children of the world, because the rock-egg is soon to hatch! In September of this annus rockabilis, and with the help of those excellent people at Cooking Vinyl, we will issue forth a fifth LP record album for your delectation,” Hawkins continued. “In order for you to engage completely in this astounding event, we have joined with PledgeMusic to offer amazing deals on said record and also some excellently terrific concert tickets.”

The album, as yet untitled, is available in a wide variety of options including deluxe editions of vinyl and CD, test pressings, and even cassette. U.K. fans who pre-order will also gain access to premium concert tickets for their fall 2017 tour. The lineup remains singer/guitarist Justin Hawkins, guitarist Dan Hawkins, bassist Frankie Poullain and drummer Rufus Taylor, son of Queen drummer Roger Taylor.

The Darkness first exploded onto the international music scene with their landmark debut, Permission to Land back in 2003. Their most recent LP, Last of Our Kind was issued in 2015 and reached No. 1 on the U.K. Rock chart, and No. 2 on the U.S. Hard Rock chart.

Tickets for The Darkness are on sale from Monday, May 22nd via Ticketmaster and Sound Cellar. For further information, please contact MCD Promotions. 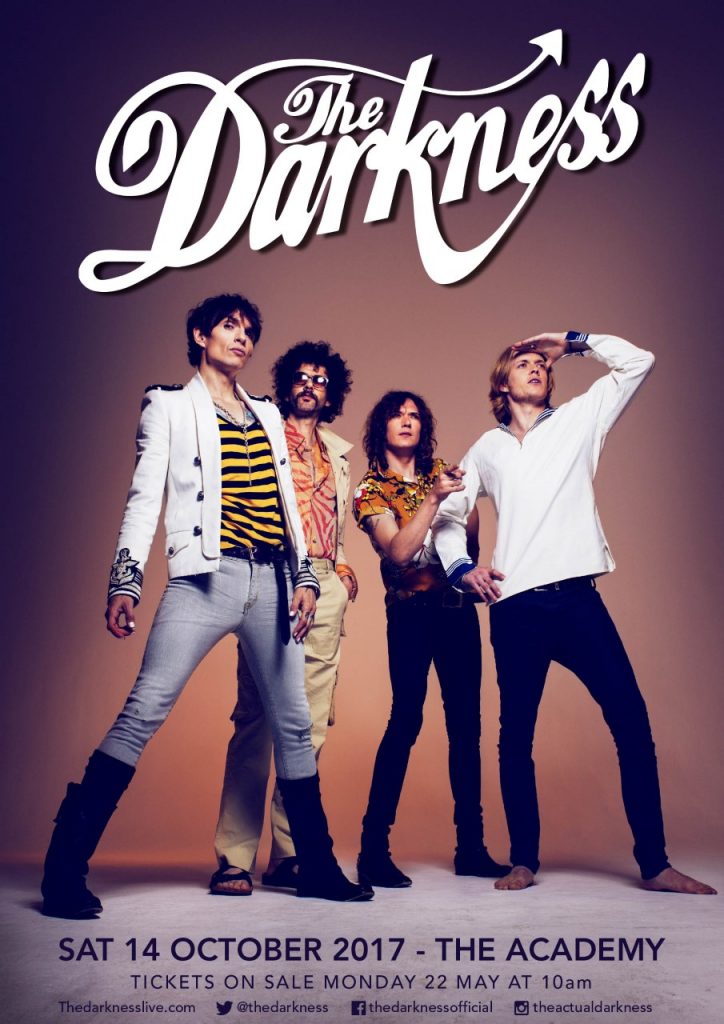