DAVE ELLEFSON IS NO LONGER A MEMBER OF MEGADETH.


In light of the recent online footage of Megadeth bassist, David Ellefson, Megadeth have officially released him of his duties… 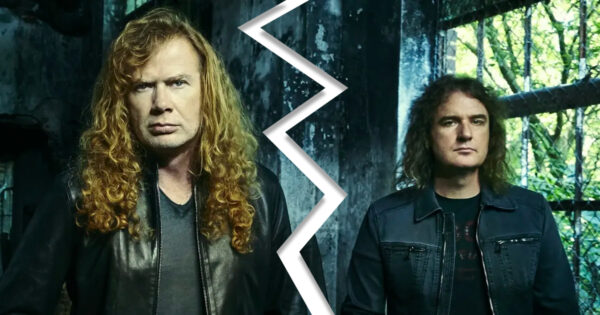 Ellefson said the “certainly embarrassing” leaked materials were not something he was proud of, but stresses that the footage was “taken out of context and manipulated to inflict maximum damage to my reputation my career and family.” Specifically, Ellefson noted the person he was interacting with was of age

“As you may or not know, some private and personal conversations and interactions have surfaced online, released with ill intention by a third party who was not authorized to have them or share them,” said Ellefson at the time. “While certainly embarrassing, I want to address it as openly and honestly as possible. As much as it’s not something I’m proud of, these were private, adult interactions that were taken out of context and manipulated to inflict maximum damage to my reputation my career, and family. 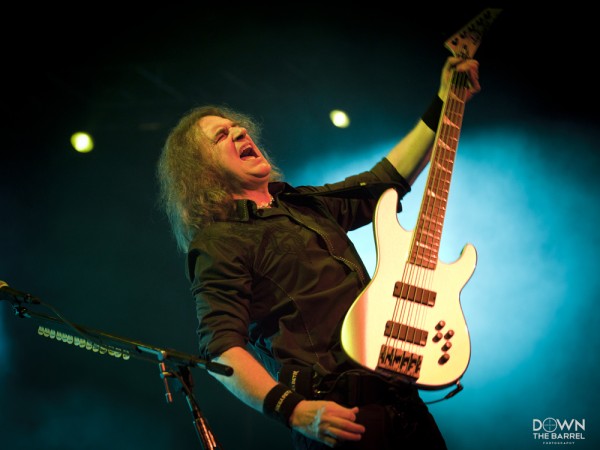 ©Down The Barrel Photography 2021

“The other party involved has made a statement which you can see below. I thank her for doing so and hope that this clarifies that the situation was not at all as presented.”

Ellefson also included a screenshot of a statement from the woman he was accused of grooming, saying “I’m the girl people are talking about in the posts about David Ellefson right now and I just want to tell my side of the story because people are sharing misinformation and the situation is getting out of hand without the truth being out there.

“Yes, those video calls did happen, but I was the one to initiate them, and never was I underage, I was always a consenting adult. Nothing inappropriate ever happened before that. It was all consensual, I’m not a victim and I have not been groomed in the slightest as I was the one to initiate it. I was just naive enough to record him and share it with a friend without his permission. In the end, it was all consensual and all online.

“I don’t know how it got to this point, but a lot of information is being left out by the people purposely trying to harm him.

“I would ask that anyone sharing these personal private videos or any misinformation about them to please stop.” 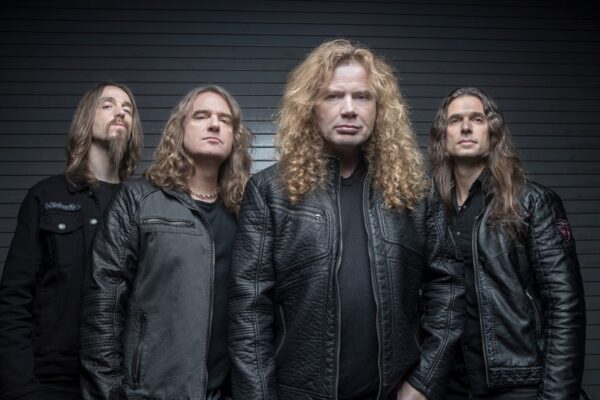 Megadeth said they would be “watching developments closely” as they unfolded, and have now come to the decision to fire Ellefson.

“We are informing our fans that David Ellefson is no longer playing with Megadeth and that we are officially parting ways with him,” said Megadeth vocalist and guitarist Dave Mustaine in a statement posted on social media. 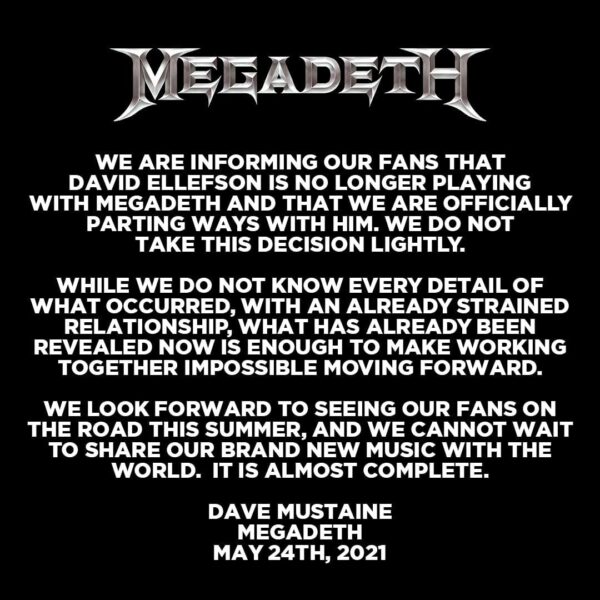