DEAD LABEL RETURN TO THE LIVE STAGE AS A FOUR-PIECE!


Ireland’s Dead Label popped their cherry as a four-piece over the weekend. Get the details here… 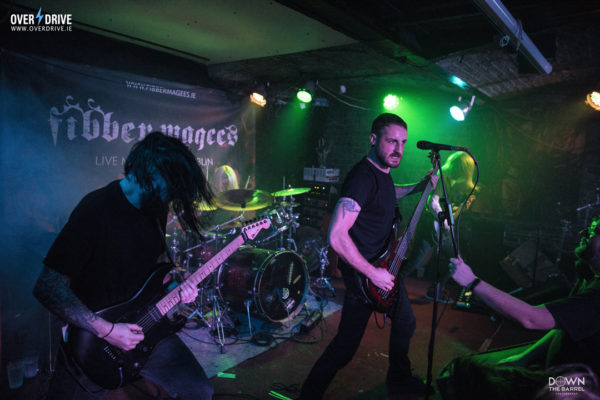 With the news of Dead Label becoming a four-piece just a few weeks ago, there was the immediate question of: ‘When will their first gig be with the new line up?“.

Well, that took place last Saturday night in Dublin, Ireland and it was immense!

With a venue that was primed and packed to the rafters thanks to Bloodstock’s Metal 2 The Masses bands ripping a new one earlier, the special guest performance of the night fell on the doorstep of Kildare’s very own Dead Label, who were intent on bringing the roof down with new guitarist Mick Hynes (pic below) previously of This Place Hell, and to say they went further and near-enough cracked the very foundations of the building itself, is not far off! 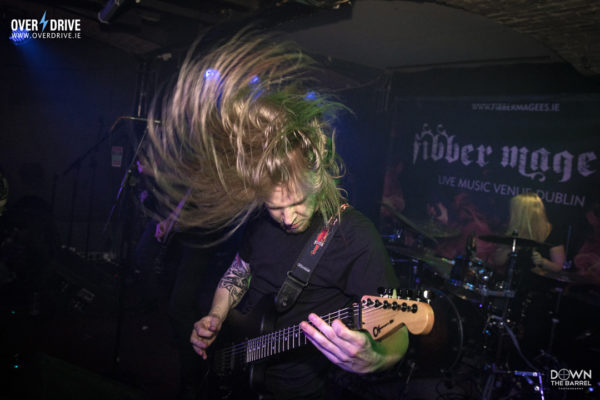 Kicking things off with little fan-fare, Dead Label got down to business with opening track ‘Deadweight‘ and the intense sound that they are now harnessing (thanks to the second guitar) is glorious.

Like a landslide of boulders, bricks, and mortar, the setlist delivers moments of absolute crushing brutality with a wall of sound, that’s as solid and as powerful as a jet engine on steroids. 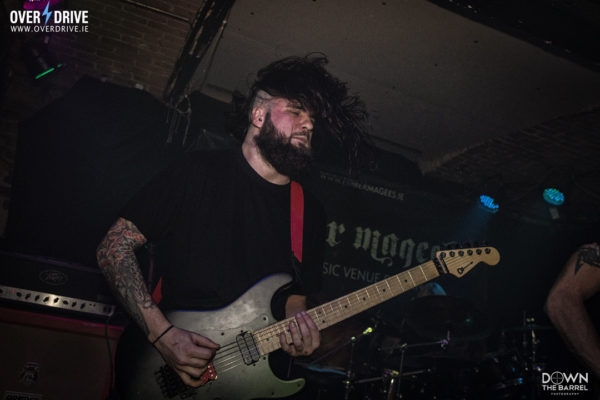 There is no denying the force of Dead Label and with new single “False Messiah” fresh out of the oven and piping hot, the venue (now a mass of blurred bodies embroiled in a continues pit) is in full flight, and loving every minute of it.

Guitarist, Danny Hall throws down molten-hot lava solos under the thunderous bass and pure unbridled guttural intensity of Dan O’Grady, who masterfully controls the chaos from the center of the stage, all the while drummer Claire Percival (pic below) holds down the architecture of the bands’ pace, with accuracy and tenacious dynamism. 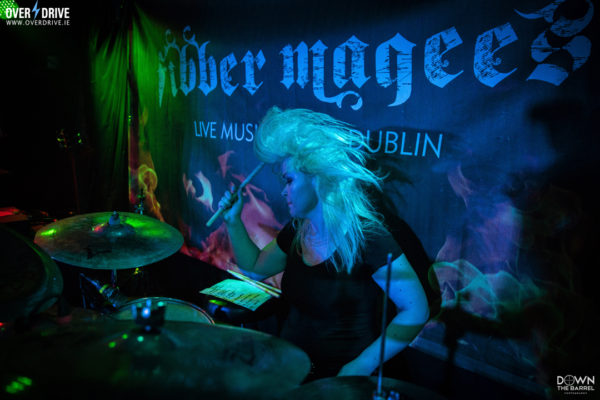 Finishing off their performance with ‘Salves’, ‘Salvation in Sacrifice‘, the crushing ‘Pure Chaos‘ and finally ‘Void‘, Dead Label once again conquer all, and the response from the venues packed capacity is resounding.

The very future of Irish Metal was tonight displayed with ferocious force, astounding passion and a dedicated level of focus that most globally acclaimed bands could not muster up with all their combined efforts.

2019 is gonna hopefully be a big year for Dead Label all the signs are pointing skyward for this now four-piece. Watch, Look and Listen. 4.5/5