Dead Witches will be taking in a series of dates across Ireland this coming April and you’re not gonna want to miss any of the shows. 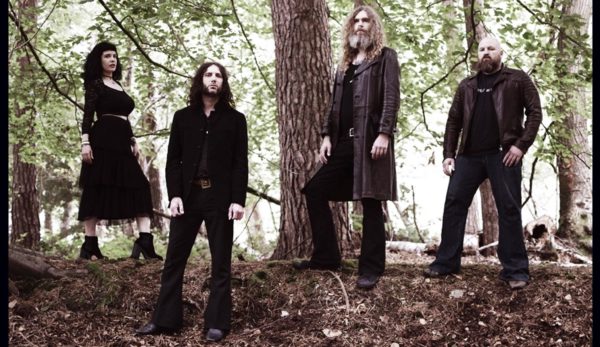 Haunting vocals, heavy riffs, Fuzzed bass, savage drumming, dead witches will take you to another world… a world of darkness. Get acquainted with Dead Witches…

Dead Witches, is the brainchild of drummer Mark Greening (founding member of Electric Wizard, Ramesses and With the Dead),

2017 for Dead Witches began with the release of their first album, “Ouija”. Featuring original guitarist Greg Elk and vocalist Virginia Monti (Psychedelic Witchcraft), and Carl Geary on bass “Ouija” was phenomenally received by press and fans alike. 2018 will see the release of Dead Witches’ follow up record, featuring new members Oliver Irongiant on guitar and Soozi Chameleone on vocals.

Dead Witches made their grand return to the stage with a Saturday night appearance at the iconic Desertfest London 2018, introducing new vocalist Soozi Chameleone and guitarist Oliver Irongiant (Grave Lines, Sea Bastard) to the world.

They emerged from the studio, where the follow up to 2017’s release “Ouija” is currently being written, to perform a blisteringly evil set that stirred the souls of all in attendance.

Catch Dead Witches on tour at the following dates/venues listed below. Support comes from Elder Druid, with Venus Sleeps and Worst, also in Dublin. Click here for the official Dublin date. 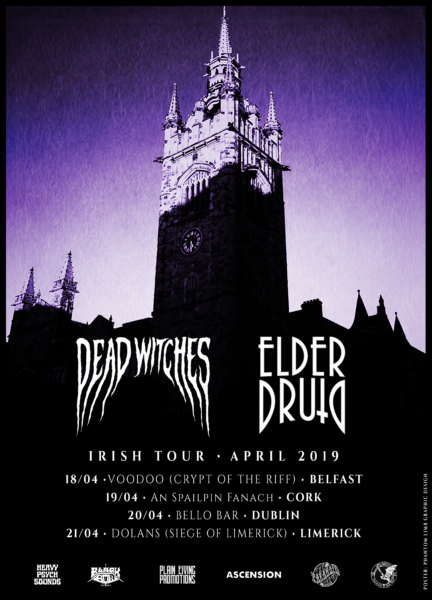