DEATH ANGEL TO RELEASE A THRASHUMENTARY ON DVD!


San Francisco Bay Area thrash veterans DEATH ANGEL are pleased to announce the release of ‘A Thrashumentary’. The DVD release was directed, shot and edited by Tommy Jones (KATAKLYSM, SOILWORK, LAMB OF GOD, CARCASS, TESTAMENT) of Videohammer Studios . It will be released on July 17th via Nuclear Blast Records. The release will also include a full live album entitled ‘The Bay Calls for Blood’. 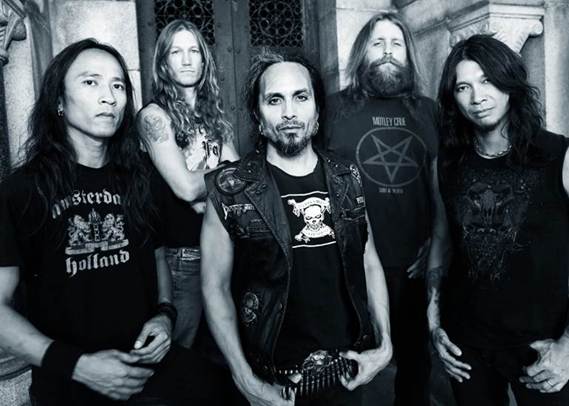 “It is with great excitement that I finally get to share this DEATH ANGEL news,” comments vocalist Mark Osegueda.“’A Thrashumentary’ is finally complete and ready for release this summer! The film tells the story of DEATH ANGEL from our inception to the present day. With many guest appearances by some of our peers, and contemporaries who happen to be some of the most respected players in the genre. It covers the highs, lows and highs again of the band and the thrash metal movement. A must have for any metal fan!”

“The even better news is ‘A Thrashumentary’ will be accompanied by an official live album called ‘The Bay Calls for Blood’, which was recorded in our hometown of San Francisco! We are so proud of this recording and performance that we decided to release it as a live DEATH ANGEL record! Did I say record? Damn right I did! Because it will also be available separately on limited edition vinyl for all the true metal fans! Bleed for it!!!” 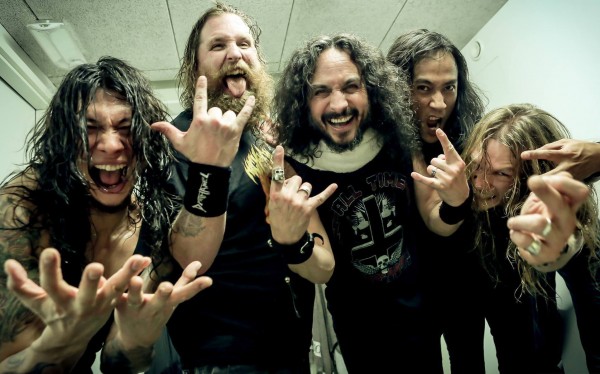 “What originally started out as a live music video for ‘River of Rapture’ in 2010, has evolved into a full scale historical documentary on the band and the thrash scene. This is the first time that the band in its current lineup has been able to collectively sit down, and tell the story of how DEATH ANGEL came to be Mark, Rob, Ted, Will and Damien. Mixed with live footage I shot in The Philippines, Asia, Germany, Europe and North America, this project was a blast to produce. It became a true evolution from what we originally set out to do, while solidifying a lifelong friendship. I can’t wait for the DEATH ANGEL fans worldwide to be able to sit back and throw on ‘A Thrashumentary’ and hear/see the bands story straight from their mouths. It’s a project I’m very proud of. It’s also something I would have never envisioned doing when I was a kid taking my guitar to my teacher to learn the solo of ‘Bored’! Thrash on!“

Check out the extended trailer for Thrashumentary below.

Not every band can rise up to be musical legends, but every once in a while a group is able to exceed all expectations and define the boundaries of a genre. Seven albums into their career and DEATH ANGEL has never been stronger or more vital to the scene. Among one of the youngest bands ever to storm the metal world, DEATH ANGEL have come to be known as one of the most influential bands to emerge from the 80s Bay Area Thrash Metal scene. DEATH ANGEL weren’t just a band, they were family! Originally formed in 1982 by five cousins, including surviving members guitarists Rob Cavestany and vocalist Mark Osegueda, ‘A Thrashumentary’ tells the story of the band’s incredible musical journey and of a dream that called for blood. 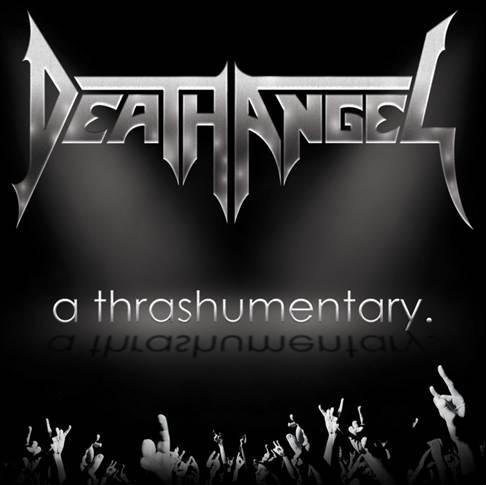 02. We Grew Up In The Bay Area Thrash Scene

03. The Original Lineup Of Death Angel

11. Thrash Of The Titans

16. I’m Looking For Will Carroll

17. And Then Damien Came In

23. The Last Song Of The Evening

4. The Dream Calls For Blood

DEATH ANGEL will be playing a string of UK shows this August.