Death The Leveller have been causing a bit of a stir within the Irish metal scene since the release of their debut track ‘ A Call To Men of Noble Blood’ earlier this month. The Dublin-based four piece are getting ready to launch their highly anticipated self-titled EP on June 12th and Overdrive can now bring you an exclusive look at the cover artwork. 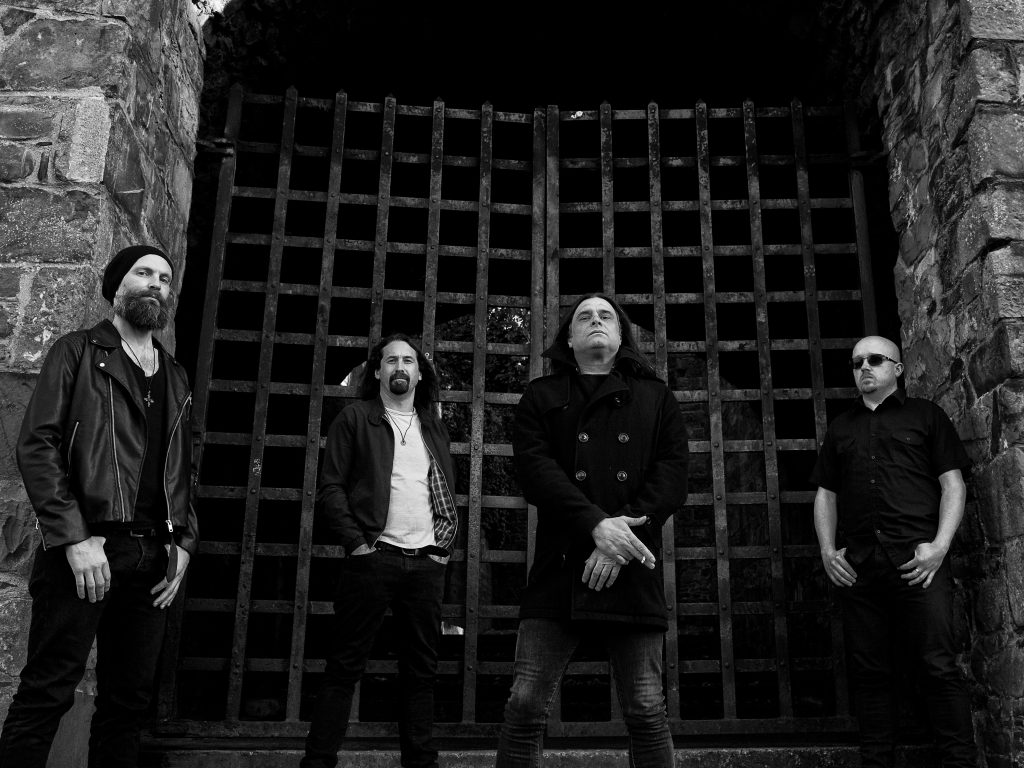 Having formed from the ashes of Mael Mórdha and thrash outfit – Cursed Earth – Death The Leveller bring a new sense of depth and intensity to Ireland’s already exalted presence of flourishing metal and sub-genre bands.

Having cut their teeth back in the 90’s with both Mael Mórdha and Cursed Earth, Death The Leveller know a thing or two regarding the art of writing compelling music and delivering hypnotic live performances.

June 12th will see the band release their self-titled debut EP, consisting of four intense tracks designed to drag you from reality into a sonic world of cascading riffs and heart-soaring melodies.

The track listing for “Death The Leveller” EP.

Check out the official artwork below which was designed by French artist Anais Chareyre. 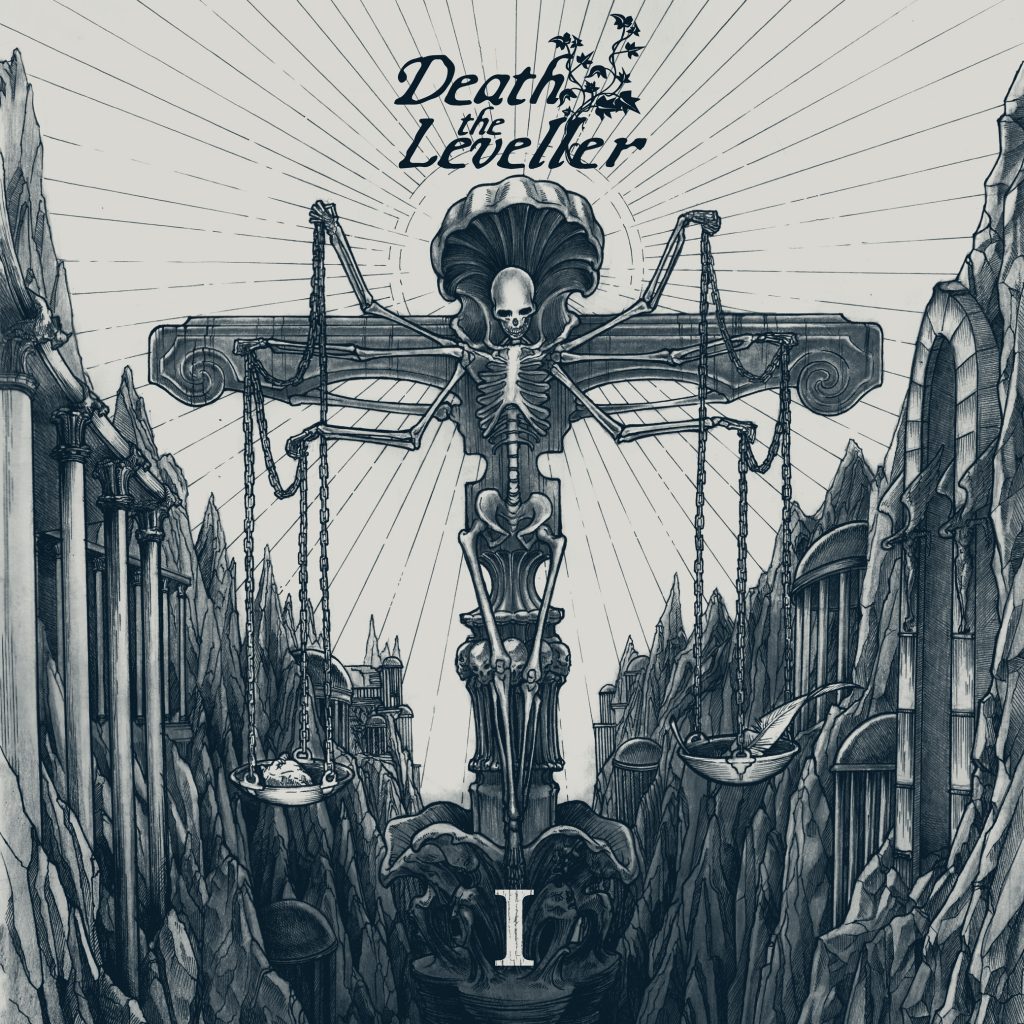 The piece is by French artist and graphic designer, Anais Chareyre whose work has featured on the TV series Penny Dreadful amongst many other projects.

We spoke with drummer Shane Cahill about the cover art.
“I am a big fan of artwork relating to death and the final judgement, particular pieces by the Flemish masters such as Bosch and Jan Provost, Of which the themes fit quite well with the ethos of Death the Leveller.”

He continues; “The concept behind this piece is based on the Egyptian book of the dead, where the heart of the deceased is weighed against a feather, to decide if they had lived a just life. If it was lighter than the feather they would proceed to paradise, if heavy with the ill deeds of life and the heart weighed heavier than the feather, they were cast to the underworld for eternity…..”

Death The Leveller self-titled EP will be released on June 12th via the band’s official Bandcamp which you can access here.

Check out Overdrive’s exclusive interview with bassist Dave Murphy on this link. 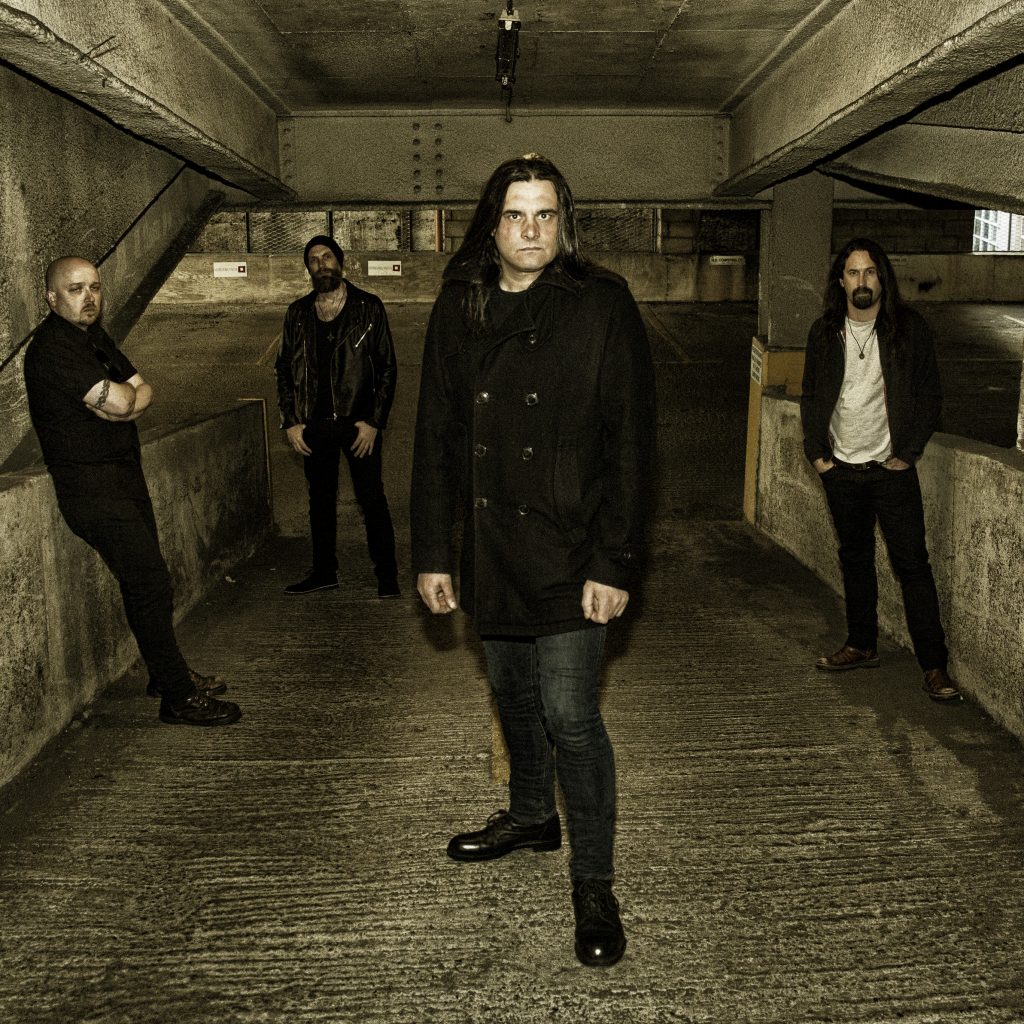