Decapitated are pleased to announce a string of UK/IRE dates as part of their ‘Killing The European Cult 2019’ tour. Accompanying the four-piece on the road in February will be death metallers Dyscarnate from Horsham, UK and Baest from Aarhus, Denmark. 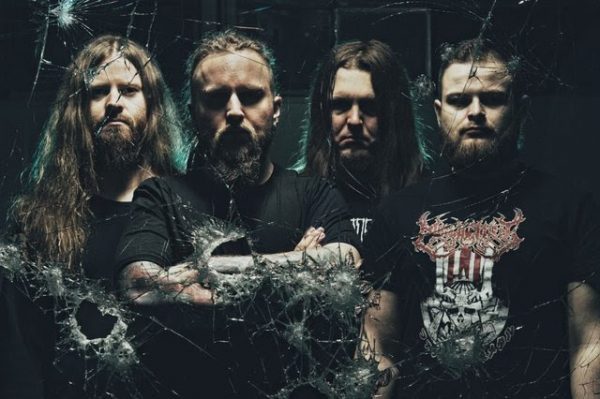 Decapitated guitarist Waclaw “Vogg” Kieltyka said:
“Last weekend we played Mammothfest UK to a fully packed venue, which makes that night very special. The show was amazing and it was a truly magical night. After the show, I was really grateful for all of you who showed up, talked with us and showed us your support. Maybe you don’t know but  IT MEANS A LOT!!

Moreover, I am more than happy to announce our return to the UK. I am honored to inform the metal community in UK/IRE that Decapitated will be heading back in February 2019!

Since our debut album “Winds of Creation”, the UK has always been a second home to me. We have never felt like strangers and I simply love to play here, and every time I jump on stage I know I’m in the right place. I have so many memories from old times and many friends who support us and are ready to help. Maybe it sounds a little bit sentimental but after the hard times we had last year, I appreciate everything 1000 times more than ever.

That’s why I am super excited to also have Dyscarnate and Baest on our UK/IRE tour. Dyscarnate is a well-known band especially in UK and they just crush live! Baest has THIS energy you want to see in every band during a show. Both bands are amazing, have great music to share with people and I am sure they will dominate the metal scene faster than we think.

This line-up will destroy everything on its way. Join us in February for “Killing The European Cult!”

Tickets will go on sale Thursday, October 11th @ 10 am via Ticketmaster. 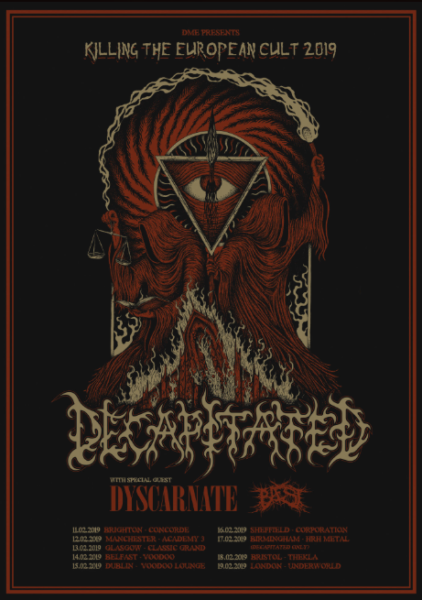