Decapitated – The latest on the bands arrest and allegations of rape.


In case you’ve been living under a rock over the last week, you will know of the shocking news that has been saturated across the internet regarding the arrest and rape allegations of Polish death metal veterans, Decapitated. Overdrive has been monitoring the story as it’s been unfolding and can now bring you a levelled perspective on the whole situation.

The incident in question allegedly took place after the band’s 31 August show at The Pin venue in Spokane, Washington state. All four band members of the band, Michael Lysejko, Waclaw Kieltyka, Rafal Piotrowski and Hubert Wiecek, were arrested in Los Angeles following the accusation of first-degree kidnapping on Saturday, September 9th.

When the story broke, headlines read ‘Decapitated arrested on charges of kidnapping‘ which sparked an immediate reaction from fans who, for the most part, didn’t accept the allegations, which seemed a little far-fetched, to begin with.

With more details emerging on Sunday, September 10th, it appeared that a woman claimed that she was held against her will by the band, which prompted Spokane Police Department to work with the LA County Sheriff’s office to place all members of the band in custody.

By Monday, September 11th, more disturbing information emerged about the seriousness of the allegations towards all members of Decapitated with local media claiming that court documents contained information describing details of a woman who had allegedly been gang-raped on a tour bus by all four members of the band.

In the documents, the woman says that she and a friend were invited by the band to have drinks on their tour bus outside the venue after the end of the show. After boarding the bus, she was allegedly groped by Lysejko then followed into the bathroom by lead singer Piotrowski, resisting when he began trying to undress her.

A local media source reported that court documents say she “attempted to push Piotrowski away but he grabbed her arm and spun her around to where she was facing the sink and mirror in the bathroom“, after which the band members took turns raping her.

Her friend was allegedly asked by Piotrowski to perform oral sex on him. When she refused, she was “pushed to the ground and received bruises to her knees and shins“.

She left the tour bus without the other woman and drove away before being pulled over by police on suspicion of driving under the influence.

The woman left on the tour bus was there for “an unknown amount of time“, she told police, and described her body as feeling “broken“. “Waclaw [Kieltyka] helped her put her clothes on and carried her out of the bus with another male.”

She walked and called several family members before calling 911, according to court documents, and an officer found her around two miles from the venue.

Officials observed that when the woman who accuses the band members of rape was picked up she had “significant bruising to her upper arms consistent with being restrained” as well as “small abrasions to her knuckles that were scabbed over“. She said during the rape she was “digging her fist into the wall to try and distract herself from what was happening“.

The officer also visited the venue and checked the area for the tour bus but “the band had already left Spokane for their next venue“.

Kieltyka, the lead guitarist, told detectives he saw Piotrowski and Wiecek engage in sex acts with the woman in the bathroom. He agreed to have a DNA swab collected as evidence.

Piotrowski and Wiecek declined to give a DNA sample.

Steve Graham, the defence lawyer who is representing the band, commented: “Decapitated plan to fully fight the allegations that are brought against them, and we are fully confident that the other side of this story will be heard.”

All four members of the band—Michal Lysejko, 31; Waclaw Kieltyka, 35; Rafal Piotrowski, 31; and Hubert Wiecek, 30—are currently being held in a Los Angeles County jail. After appearing in a Los Angeles court yesterday (Sep, 12th) and are expected to be extradited to Spokane within 30 days.

As of today (Sep, 14th), the band have yet to make an additional statement regarding the accusations against them and until both sides of the story are examined we are reserving judgement on the situation.

The band’s official Facebook page has since been deactivated and all future tour dates have now been officially cancelled.

Please note that Overdrive will not tolerate any insulting or misogynistic comments on any of our social media platforms and all comments of this nature will be immediately deleted and reported.

For anyone that has experienced any form of sexual assault or rape, please visit Rape Crises on this link for help. Talking to an experienced counsellor or support group to acknowledge your experience will help you stop feeling so alone. 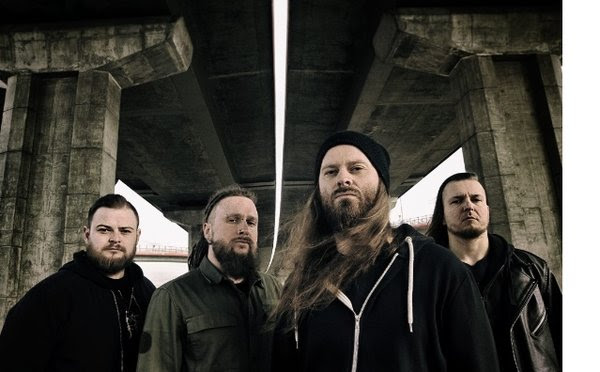