STÖNER, featuring former Kyuss and QOTSA/Dwarves members, Brant Bjork and Nick Oliveri, prepare for the release of their sophomore album, “totally…” with a selection of live dates across Ireland this April. 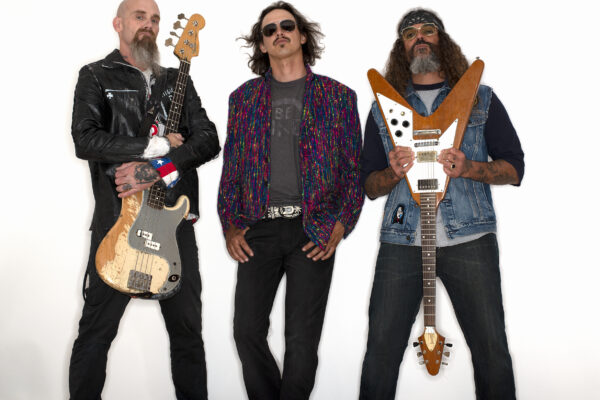 Tickets on sale now from Ticketmaster.ie via this link and local venues. Patron, on their first ever tour, and Norway’s, Slomosa have been announced as special guests. 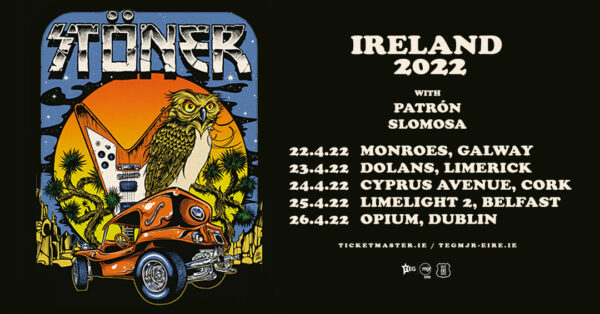 Half of the original members of Kyuss: the Lord of Coolness Brant Bjork himself, and the mighty Rex Everything AKA Nick Oliveri former of Queens of The Stone Age are ready to deliver you the album of the year 2022 !!!

The Dukes of the Desert are back with an incredible sophomore album: “totally…” the perfect mix of Desert Swing, Stoner Rock, Desert Rock, and Low Punk all at once!

The album consists of eight brand new tracks recorded by Yosef Sunborn who followed Brant in the last decade for his solo recordings.

The founding members of the stoner rock legend Kyuss, are joined again by drummer Ryan Güt (of Bjork’s solo band) and they’ve got dibs on the thick and dusty swinging grooves, returning as Stöner with their sophomore release ”totally…”

Stöner’s love for their early inspirations (bands like Blue Oyster Cult, Kiss, Ramones, Blue Cheer, Misfits, Black Flag, The Stooges, MC5) result in big, groovy, sunbaked riffs that can cruise low and slow but then floor it and run all the red lights.

Live, this is a band about the magnetism between the players, the groove, the loose vibe and straight up badass rock and roll… Stöner are masters of their trade. With “totally...” Stöner is in its true form, getting together and having fun. 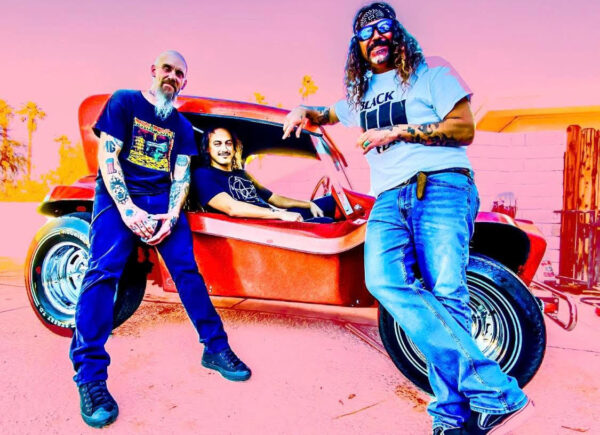 Stöner’s world is a colorful joyride, heavy of rock but not of head. The record cranks with vibes of classic hard rock, heavy blues, desert rock and psych rock jams – things that come organically to this trio. Stöner can’t help but express an abundance of punk rock rawness and passion for real rock and roll swagger.

With two records, “Live at Mojave” and “Stoners Rule” (available on Heavy Psych Sounds), the latest release “totally…” sees the band realising the chemistry of these old friends developing a statement of pure rock and roll fun. 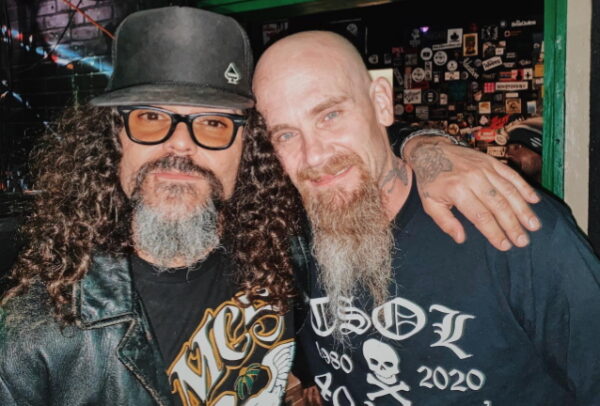 Produced, recorded and mixed by Yoseph Sanborn and Stöner. Released by Heavy Psych Sounds Records. Guest appearances on guitar by Greg Hetson (Circle Jerks) and Mario Lalli (Yawning Man). Grab a slice, crank it, and catch the band on tour in the following intimate venues. Tickets on sale NOW and are expected to sell fast, so don’t sit on it.

Pick up your tickets here. 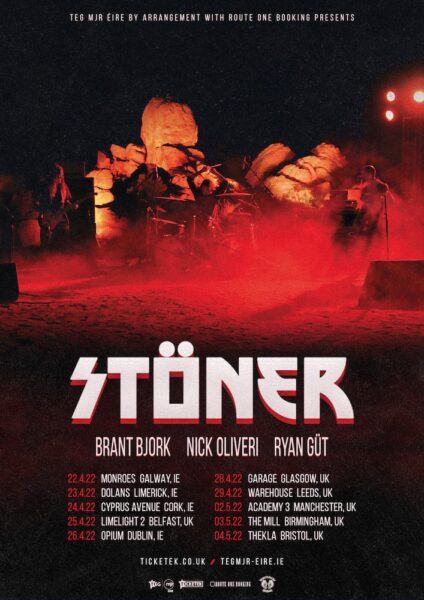