Witch County malignant frights Devilment – led by fiery front-man Dani Filth, are very pleased to announce an extensive UK tour which will commence this December. Overdrive has all the details and dates. Get stuck in… 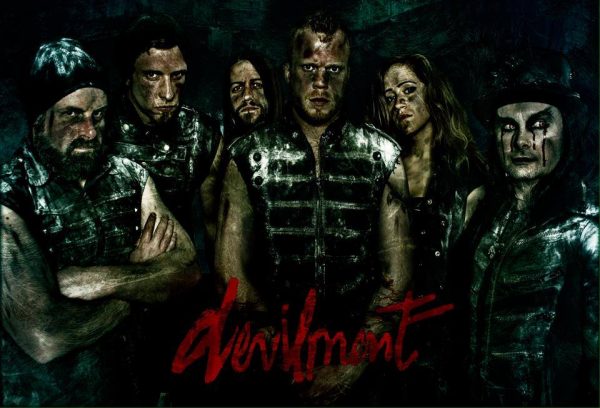 Devilment have been working hard over the past few months on the follow up to their debut album The Great And Secret Show – which was released by Nuclear Blast Entertainment in 2014.

“Everybody in DEVILMENT is very excited about the prospect of releasing our latest album, which we have worked extremely hard on (te-he! He said ‘hard-on’)… The album is definitely a step-up from our debut, featuring a more mature, dissonant presence coupled with a darker edge, yet at the same time utilising our better musical assets to deliver a unique metal hybrid. I don’t even know what to classify it! And of course, it’s going to be awesome touring this in our home nation just before Xmas. We literally can’t wait; the shows are going to be insane!”

Devilment were originally formed in 2011 – Dani Filth joining the ranks whilst his day job Cradle Of Filth took a brief hiatus, adding his vocal talents to their original studio demo known as ‘Grotescapology’ – an eight track provocative taster.

The 13 track tour de force is a monolith of pure unadulterated metal madness – and unlike anything that you would expect to come from the craw of Dani Filth. Classic heavy and groove-laden riffs combined with a soundtrack ripped from a Hitchcock flick, are infused with insane melodies and a roaming evil-eye for the avant-garde. The record also features a cover of Midnight Oil’s classic ‘Beds Are Burning’, with guest vocals coming courtesy of Dani’s long-term friend Bam Margera of MTV’s Jackass and Viva La Bam.

2016 is lining up to be an exciting year for the Suffolk band, so stay tuned for more details on their new album, which promises to be something rather frightfully delicious indeed.
You can catch Devilment on the dates listed below. 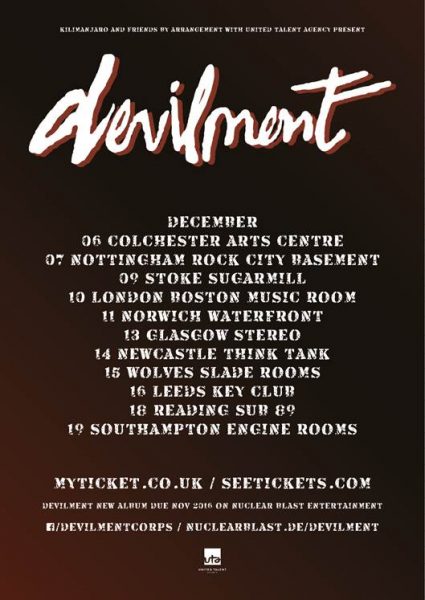 You can purchase their debut record ‘The Great And Secret Show’ here:

‘The Great And Secret Show’ CD

Overdrive talked exclusively with Dani Filth earlier this year when Cradle of Filth performed in Dublin’s Academy in Ireland. Get that full interview here. 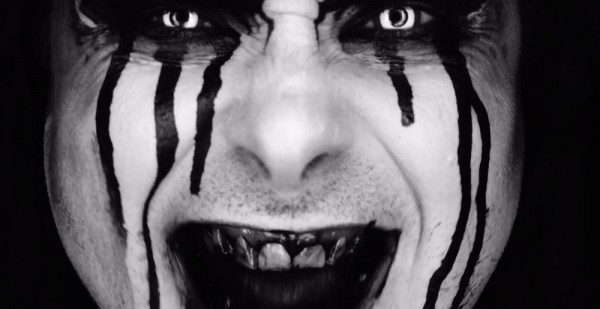