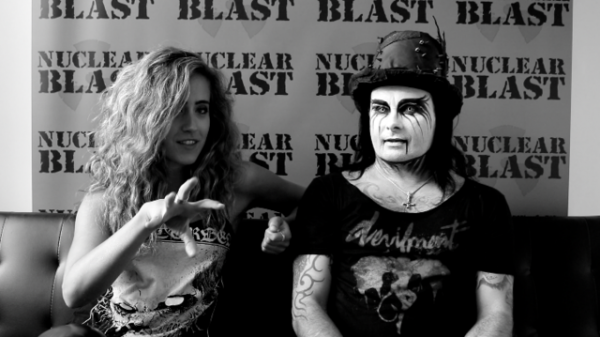 Today (October 13th), DEVILMENT have released an alternative take on a track-by-track video in which they respond to questions based on the first four tracks from the forthcoming album. Watch the first part below:

Catch up on the first trailer:
Lauren and Dani discuss the album’s concept and artwork:

DEVILMENT recently released the first track from the album entitled, ‘Under The Thunder’. Watch the lyric video here: https://youtu.be/B2P-FtGAayw

The Witch County wicked wanderers are set to embark on a tour of the UK in December. They will be joined by special guests SHE MUST BURN, who were last seen opening up for Cradle of Filth last October. A slew of local acts will begin the evening each night (one per venue) and a list of these will be presented shortly. Full dates can be seen below and tickets are available here: 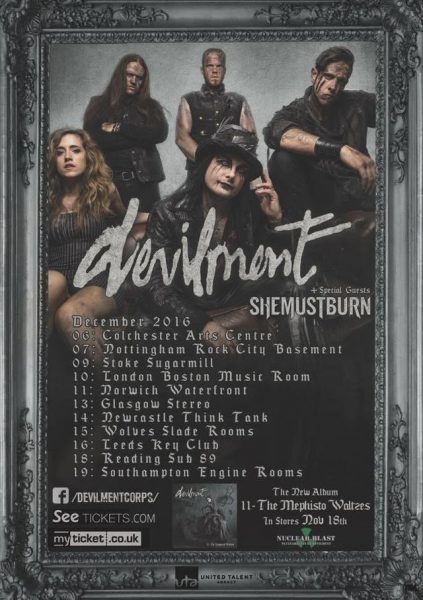 Devilment II: The Mephisto Waltzes tracklisting as follows:
Limited Edition CD
1. JudasStein
2. Hitchcock Blonde
3. Under The Thunder
4. Full Dark, No Stars
5. Shine On Sophie Moone
6. Life Is What You Keep From The Reaper
7. Dea Della Morte
8. Entangled In Our Pride
9. Hell At My Back
Bonus tracks:
10.The Seductive Poison
11. Father Dali 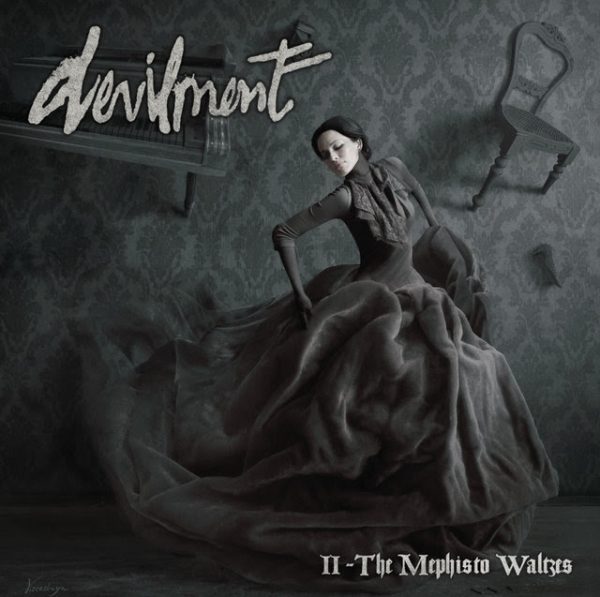 Limited Edition Double Gatefold Vinyl
Side A
1. JudasStein
2. Hitchcock Blonde
3. Under The Thunder
Side B
1. Full Dark, No Stars
2. Shine On Sophie Moone
3. Life Is What You Keep From The Reaper
Side C
1. Dea Della Morte
2. Entangled In Our Pride
3. Hell At My Back
Side D (bonus tracks)
1. The Seductive Poison
2. Father Dali

Dani’s crew have meticulously pieced together a second blood-spattered batch of deranged anthems that brings vastly more colour, intensity and lyrical versatility to this band’s spectral palate. The second DEVILMENT record makes no splintered bones about its nefarious intent, offering a bewildering torrent of disparate and demented ideas and delivering them with refined, ultra-gothic panache and several jolting doses of Dani’s trademark verbal subterfuge. Assisted by long-time collaborators Lauren Francis (keys and vocals), Colin Parks (guitar), Nick Johnson (bass) and new drummer Matt Alston, Dani has arrived at the telling moment where DEVILMENT become a genuine force to be reckoned with. 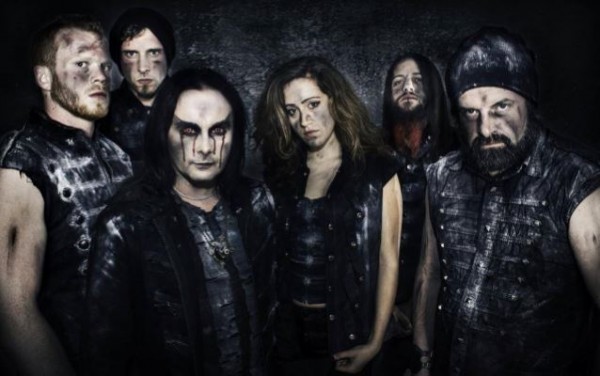