Presented in more than 500 cinemas worldwide by Trafalgar Releasing and BMG for two days only on Wed Sept. 28th and Sun Oct. 2nd. Details below… 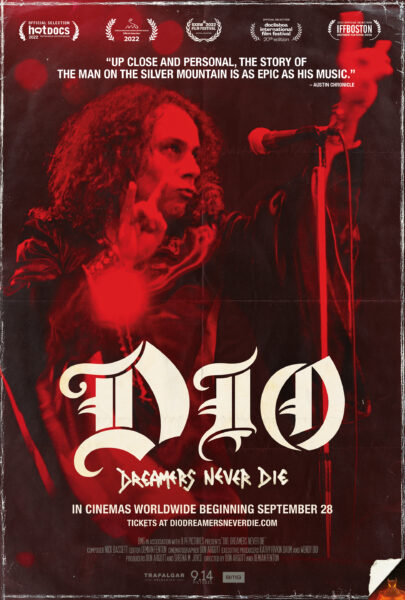 DIO: Dreamers Never Die explores the iconic frontman’s incredible career with his early bands, to his days in Elf and Ritchie Blackmore’s Rainbow, to replacing Ozzy Osbourne in Black Sabbath, and finally cementing his status as a legendary metal icon with his own band, DIO.

In addition to the feature-length film, this special cinema event will also include a hand-picked selection of outtakes from the cutting room floor that will only be shown at these screenings to create an exclusive experience for fans in attendance.

Ronnie James Dio, who died of gastric cancer in 2010, reigns as one of the most influential rock artists of all time and one of the greatest vocalists ever. With an illustrious recording career spanning from the 1950’s through to the 2000’s, the documentary follows his trajectory from sideman into singer, songwriter and frontman of not one, but three, of rock’s internationally-renowned, multi-platinum-selling arena attractions: Rainbow, Black Sabbath and DIO. 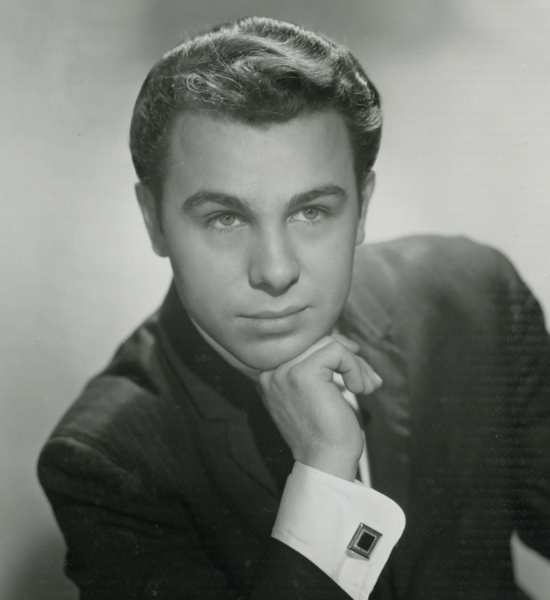 Famous for popularising the “devil horns” hand gesture that is now synonymous with hard rock and heavy metal music, Dio was known for not wavering in his pursuit of his rock and roll dreams and continues to influence a new generation of music artists.

His fans the world over remember him not only for his massive talent, but for his kindness, resulting in millions of dollars raised for cancer research in his memory.

Rhino/WMG will release the soundtrack from DIO: Dreamers Never Die in the autumn.

Please check your local theater to see if they are screening the documentary. For Irish fans, The Lighthouse Cinema in Dublin will be screening the movie on Wednesday September 28th and Sunday October 2nd. Tickets are limited so get them sorted if you’re thinking of attending. You can book your tickets here. 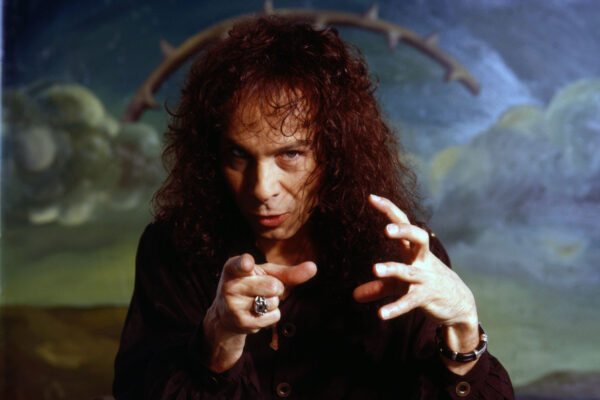