UK-based crust legends Discharge played their final Canadian show last night at the Rickshaw Theater in Vancouver, British Columbia. Singer JJ announced yesterday that himself and lead guitarist Bones had been detained upon entering the country – whereby JJ was advised that he was permanently banned from entering Canada. 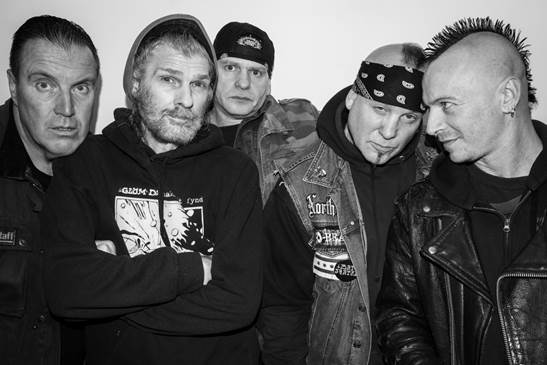 “Well… I’m permanently banned from Canada. Criminal charges from 20 years ago. However, they let me in to play the show for a “low” cost of $200 as long as I leave the country after we play. Bones made it in by the skin of his teeth… Tezz / Rainy is not allowed back in the USA.  Karl Morris ‘Egghead’ from The Exploited, UK Subs etc. will be filling in on bass for us. Doesn’t look like Discharge will ever be allowed back in Canada… so looks like tonight will be our last Canadian show. All USA shows still on… see ya soon!” 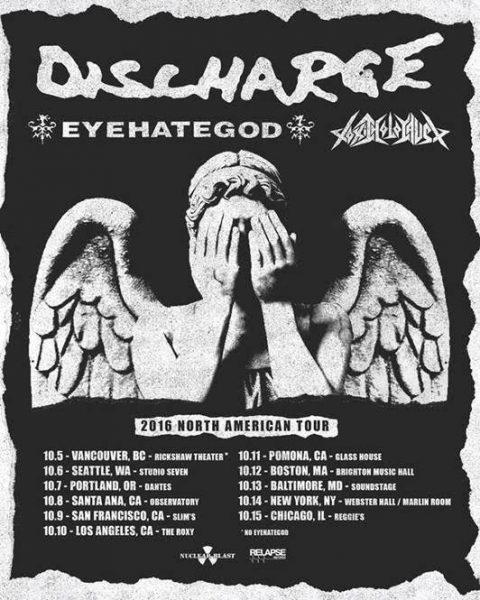 The show in Vancouver was the first date of Discharge’s highly anticipated North American tour – the remaining US dates are going ahead as planned starting in Seattle, Washington State today.

Support will be coming from Eyehategod and Toxic Holocaust.

Guitarist Tezz and bassist Rainy are permanently banned from entering the USA, therefore, are not playing on this run, Karl ‘Egghead’ Morris ex. The Exploited, UK Subs is filling in on bass.

Discharge have a few UK shows planned including playing as special guests to experimental post-metal pioneers Neurosis in London, as part of Neurosis’ 30-year celebrations.