DME Promotions bring SEPULTURA to Academy on Feb 4th. Got Tickets yet?


SEPULTURA will be taking the stage in Dublin’s Academy next week (Feb 4th) and you can expect some local support acts who will take a layer of skin off your face to open up the proceedings. 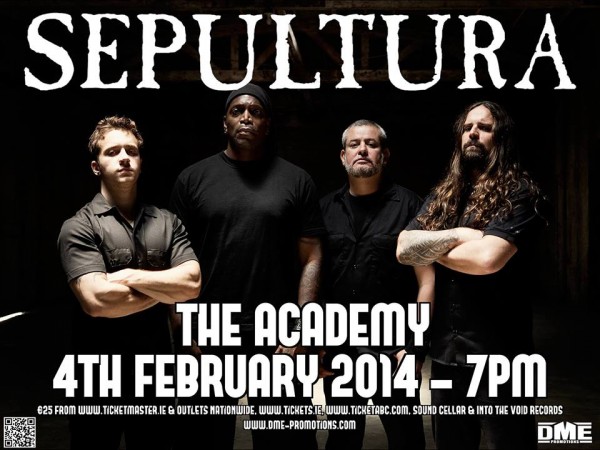 Unless you have been living under a rock, you will be aware that the mighty SEPULTURA will be performing in Dublin’s Academy as part of the many acts that DME Promotions have lined up for us in 2014.

The band are touring the new album “The Mediator Between Head and Hands Must Be the Heart” which was released last year and see’s an intensity that is familiar with the brutally heavy Sepultura back catalogue.

The support slots for this show have been organised by DME themselves and have done a awesome job in picking last years Bloodstock Open Air Festival,  Metal 2 The Masses winners WARPATH,  who have been grabbing attention from all the right people and have just been added to the Hammerfest line up in the UK where they will be joining the likes of Overkill, Kreator and Corrosion of Conformity to name just a few.

Also playing on the night is KILLFACE who will be kicking things off in brutal style. There are a very limited number of tickets for this show left, and we suggest making it a priority in getting yours today!

For all information on this show and all future listings that DME have please hit this link. 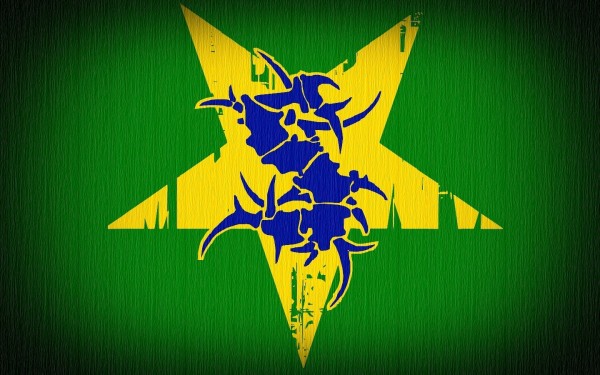