This March the 24th, brace for impact, as Northern Thrashers DONUM DEI bring their unique brand of hardcore-infused, melodic Thrash Metal to The Cellar Bar in Galway. 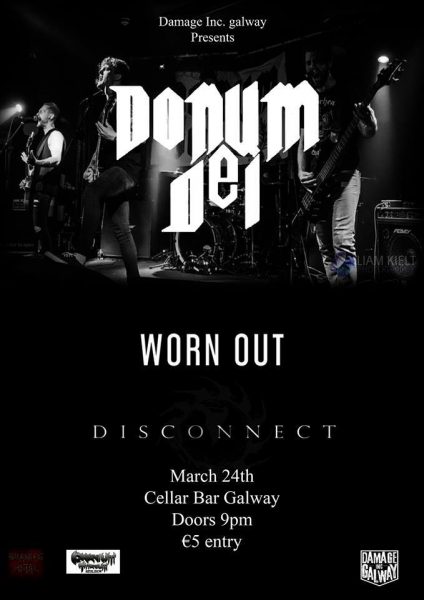 DONUM DEI are a four piece Thrash Metal band hailing from Belfast that has wreaked havoc on their local metal and beyond since their manifestation at the start of the decade.

Bred on a diet of classic Thrash, NWOBHM, old-school Metallica, vintage Black Sabbath and inspired by newer contemporary acts such as Sylosis, Machine Head and Trivium make Donum Dei a Tour-De-Force of raw, savage and sonic fury, which is fully evoked as soon as they hit the stage with flurry of earth pounding riffs and high charged solos. 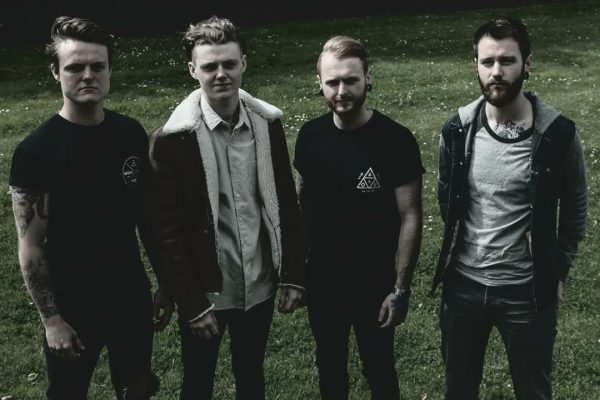 Having built up an unshakable reputation in the live circuit secured the band some great support slots opening up for Thrash heavy hitters Onslaught and Artillery.
This March 24th witness their first ever live Galway show as they set to drop their critically acclaimed debut album ‘Contribute To Chaos’.

Check out ‘Murder And Mayhem‘ below;

The Corkonian quartet have been pummeling punters since their formation last year with a barrage of noisecore, metal and power violence.  Their stunning debut single ‘With False Hope’ ( produced by MURDOCK’s Aidan Cunningham) will give you a taste of what to expect.

If citing the likes of Red Enemy, Nails, Two Glass Eyes, Bailer, Hornets and Axecatcher as influences then ensure you catch them live this March.

One of the most prolific acts to arise in the last decade are Disconnect.

Disconnect specialises in dissonant, cathartic death metal with influences all across the musical spectrum as evident in their latest E.P offering Savoured Lacerations. 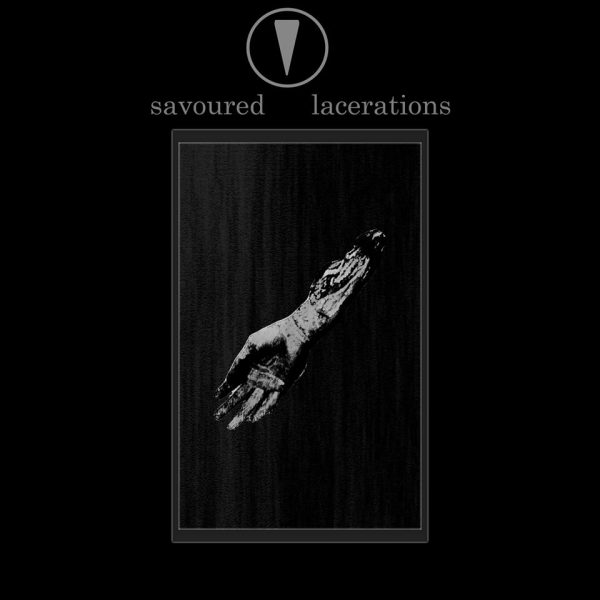 The promoters for the show are giving away a merch bundle and passes to the show. Find out all about it below:

2 X Passes To The Show, (Donum Dei, Worn Out, Disconnect)

1 X Album CD, Disconnect ‘The Sum Of Our Parts”.

3RD SHARE THE EVENT AND TAG 4 OF YOUR FRIENDS