DOPETHRONE are back in Europe this October to spread their own brand of slutch! 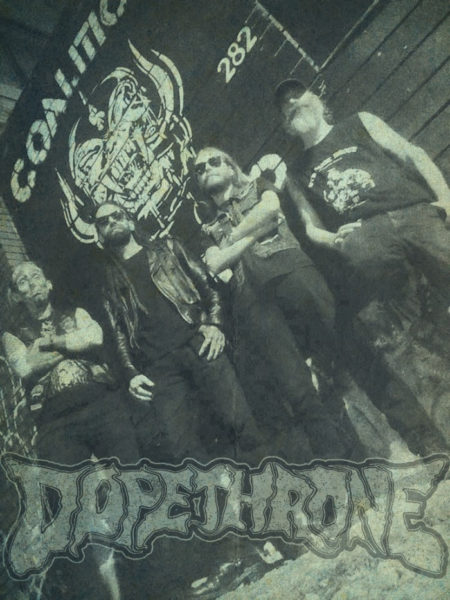 A European rampage that will see them hit the stages of Desertfest Belgium (BE), Up In Smoke Festival (CH) and Blow Up Festival (FI) among many others.

After touring Europe extensively this summer with Bongzilla and Sons Of Otis, DOPETHRONE are back this fall, this time with Italian doom experimentalists Messa and Poland’s very own post- heavy mongers Sunnata.

As if it couldn’t get more evil and insane on stage, the band is coming as a 4-piece with vocalist Julie Swan on their side. Julie has been a long-time friend and collaborator, doing vocals on tracks such as “Dark Foil” as well as on new album “Transcanadian Anger“. 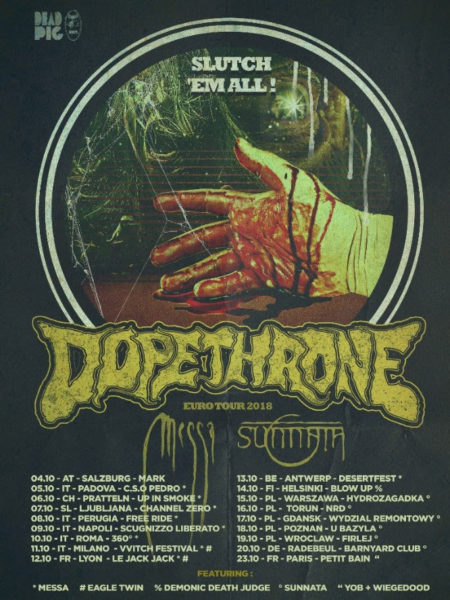