The new album Dead To The World is set to be released on October 28th. An US tour in celebration of the first release in 6 years is to commence in November 2016, with European dates to be announced! 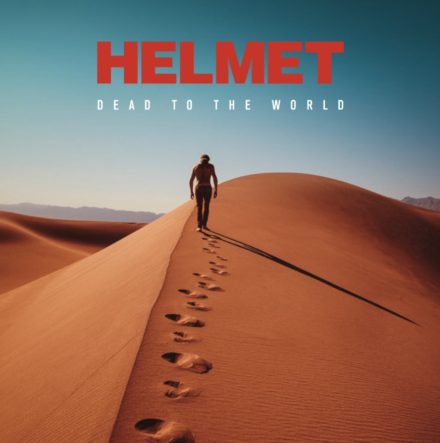 earMUSIC is happy to welcome Helmet, a band that has influenced and launched a thousand other bands, with the release of their brand new studio album Dead To The World.

The Gold certified and Grammy nominated band Helmet has released eight widely acclaimed albums since originally forming in 1989 in New York City. Fusing Zeppelinesque riffing with a vehement post-hardcore precision, augmented by dense chords and offbeat time signatures based in singer Hamilton’s formal jazz training. The combination was that rarest of visionary creations–it was successful in its own time.

Bands such as the Deftones, Rise Against, Pantera and Tool have all cited Helmet as an influence, and not just for Helmet’s blistering, aggro approach but for the band’s sheer musicality and brains. See, Helmet, among other things, is a work of art.

The long anticipated new album – the first in six years – comes with heavy guitar riffs, blasting drums and the distinctive voice of front man Page Hamilton. The album is energy at its purest form. Every track adds its unique flavour to mix of hard rock, alternative, metal and punk, showing the world again how versatile a rock album can be.
Produced by Page Hamilton himself and mixed by award winning record producer, engineer and mixer Jay Baumgardner, Dead To The World will be released as 1CD digipak, transparent Vinyl and Digital on October 28th, 2016 on earMUSIC.
Helmet will be heading out on a 36 city tour of the US this fall in support of the new album. The band will be joined by special guest Local H. The tour kicks off on November 3rd with further dates for a European tour to be announced soon. 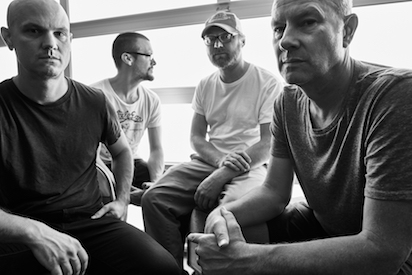 “Catch phrases, punchlines, guns, bluster, ammo, incivility, impatience, murder. You, me, us, them, life, liberty and the pursuit of property.

We disagree, we disrespect, discourse disappears in the age of access. When in doubt GET LOUD! It’s my way or the highway, thank you Lawrence Tierney!

Religious tchotchkes nailed to the walls of homes above razor-scarred mirrors. Do you meditate, levitate, pray? Live in LA! I’m a huge fan, got a perfume line, smell nice, plan my next move. Threats loom, the bad news network blooms, fear sells. Just get em out, the spying neighbors, suspects, terrorists our forefathers intent. ‘If you don’t like it, leave’ and call it democracy.”
– Page Hamilton, September 2016 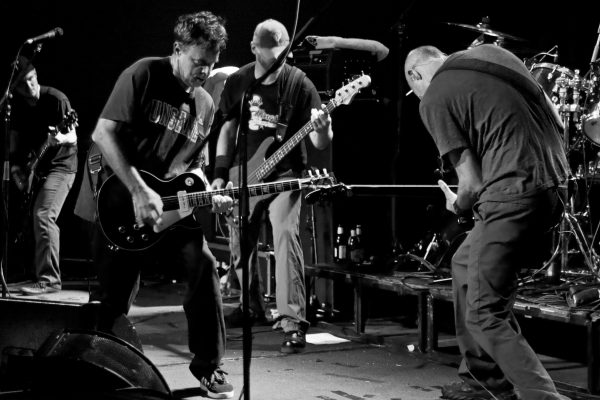