After releasing their 10th studio album “The Fall of Hearts”, Katatonia visited Ireland for the closing dates of their European tour. The last night is reserved for Dublin… 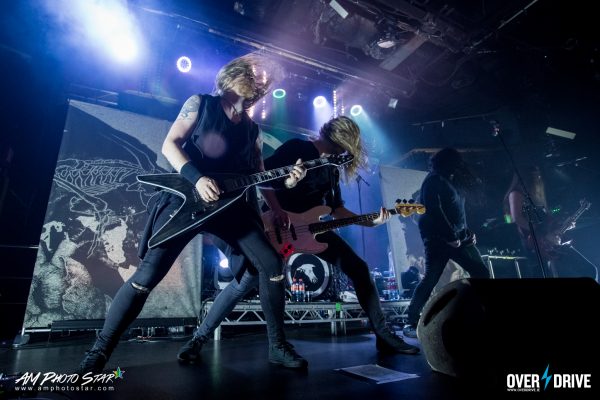 Two very contrasting bands supported the pensive Swedes as they appealed to the unspoken emotional spectres of the crowd. Both bands are investigating the dark sides of human nature, and yet both bands stimulate hope.

Swedish kinsmen The Great Discord were the first to take the stage. The band describes itself as progressive death pop and the sporadically apparent similarities to Devin Townsend Project are uplifting. Their current theme is “no light without darkness“, for The Great Discord explores the spectrum of extreme human sentiments. The front figure, depicted by

The front figure, depicted by Fia Sofia Kempe is an embodiment of these demons. Her painted and hairless white face is garnished by feathers and her black eyes are preying like a raptor. The costume is crowned by a headdress reminiscent of Peter Gabriel’s extravagance. The manifestation of each demon is reflected in her movements, sometimes seductive, sometimes crippled, and plenty of dynamic outbursts. Her powerful vocals are a result of the intense projection of these demons. The instrumentalists are the musical foundation and support the front figures’ stage presence. After their well-used 30 minutes,

After their well-used 30 minutes, The Great Discord closes their set with an epilogue in form of a short instrumental part disrupted by raw and primal screeches. 2.8/5

The next band spurs some controversy among heavy music enthusiasts, as some (elitists) call the fusion of black metal with post-metal elements “hipster” black metal. Their music is presented in a minimalistic gown. The 4 guitarists and drummer of Ghost Bath hold the stage and prepare in silence with no unnecessary chatter in between songs. Their posture looks drained and the vocalist

Their posture looks drained and the vocalist Nameless yanks his head back into his neck, exposing his vulnerable throat while letting out pained howls. There is an air of exhaustion like it is the dawn of extinction, yet there is a faint glimmer of hope. The atmosphere of finality is greeted by ecstasy, like an adrenaline high, just before death. The musical waves are overwhelming as if you are hanging upside down in a stream, conjuring a burning sensation as water gushes up the nostrils. Ghost Bath are much more enjoyable and understandable in a live setting.

The continuous repetition of one phrase creates suspension and the crowd is captured in a loop similar to trance music. It is like a moment stuck in time whilst, but Ghost Bath do not drop the suspense by introducing slight changes and variations. How many different versions of one idea are possible? If one calls this boring, then perhaps the listener is not brave enough to be open, for there is an almost infinite number of versions in the exploration of one idea. The last song is stripping layers like paint as the musicians cross the barrier, exiting the stage one by one through the crowd leaving one guitarist to fade the song into the piano playback. 3/5 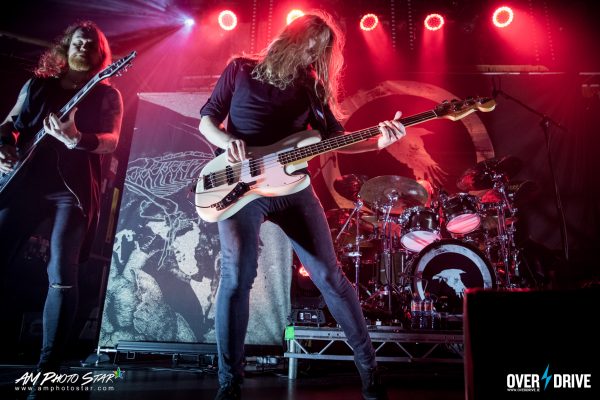 Finally, Katatonia enters the stage in a humble manner. Their presence is not menacing and they are sharing their energy evenly and in a constant stream that slowly sedates the crowd throughout their meticulous and balanced set which revisits the old and presents the new. It is not clear whether people are embracing the songs of their most recent album as much as Katatonia’s distinctive songs such as  “Teargas“, “July” or “My Twin“, for there are loud cries when they revisit these songs. 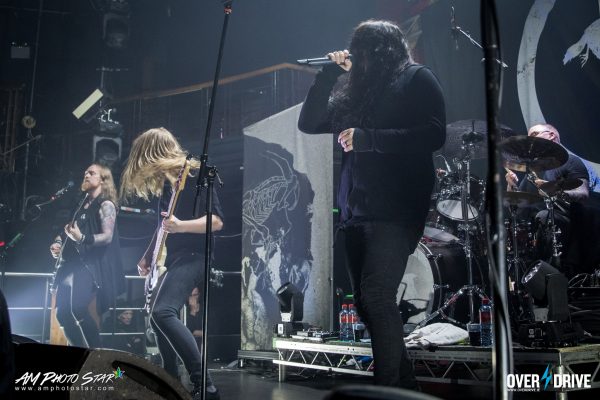 When Jonas Renske greets the audience his tone is warm and the communication in between songs is gentle. The silhouettes of the members remain mostly in the shadows, the faces are masked by long hair. The movements and facial expressions of the musicians remain mostly tranquil, Jonas Renkse is cradling his free arm close to his chest, or gestures to the musical highlights and the instrumentalists are moving modestly to their music. Katatonia’s energy level remains smooth throughout their 90-minute set. In one brief

In one brief moment, the boundaries are being pushed as new guitarist Roger Öjersson opens the emotional spectrum by letting out some high-pitched backing vocals. Moments in which any kind of performer explores their end-range are precious. 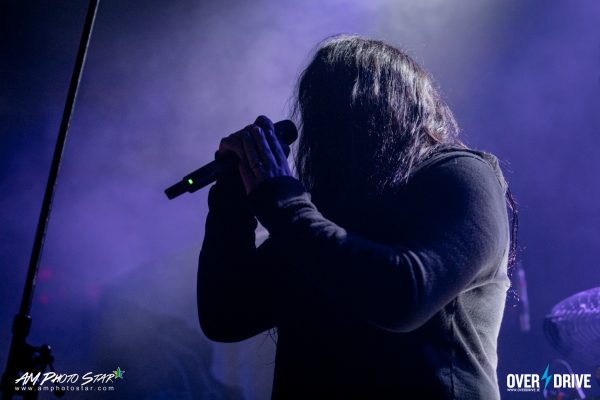 There is very little tension in the audience, the spectators seem zen as fuck and come forth to embrace the Swedish conductors of melancholy. Katatonia’s songs are storytelling, the vocals are lying clearly on top of the music like a recitative. The projection of this band is facing inwards and inspires introspection. The audience receives the invitation and people are adrift. From both sides, this gig is remarkably peaceful. There are no emotional extremes displayed, it seems like Katatonia has lulled the crowd into a state of being in between time and memory, not being completely in the present nor past. Their lullabies are interspersed with carefully manoeuvred heavy duty and the crowd is immersed in individual little worlds reflecting inwards. It is a state of communal solitude. 3.5/5

Check out the full photo gallery, courtesy of AM Photo Star © 2017.