DRENGE take The Academy with support from Silverback.


Drenge will be taking the stage in The Academy on October 26th and we highly advise on getting down there and witnessing their stripped down, raw, balls out rock! 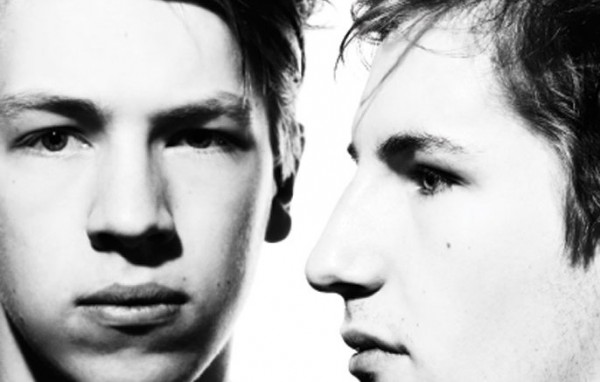 Rory and Eoin also known as Drenge play with raw enthusiasm and velocity, enough no holds barred energy and contagiousness that their music never becomes anything less than wholly and compulsively thrilling. Their sound can be described as most exhilarating chapters of punk rock whittled down to its leanest, meanest, no-frills essence; 12 razor sharp tracks. Songs like “Face Like a Skull” and “Nothing” speed by recklessly in a dizzying blur of white heat and seething riffs, while others, like raucous fan favorites “People in Love Make Me Feel Yuck” and “Dogmeat” come across as relentless shots of adrenalin straight to the cerebral cortex, so anthemic, rapturous and stuffed full of ringing guitar chords and deadpan lyricism are they.

What is clear over the course of the album however, and what will undoubtedly put it heads and shoulders above the rest of their peers this year is Drenge’s uncanny ability to tap into the insouciance, confusion and chaos of today’s generation while at the same time translating it into a vicious serotonin rush of a record that permeates every particle of your being. Even though the duo are barely in their 20s, they have accumulated enough confidence, vim and vigour in their music to sweep any discerning listener off their feet. Hold on to your hats: you’ll be swept up too. Tickets for this show are limited and are available from Ticketmaster and all other ticket sales outlets.